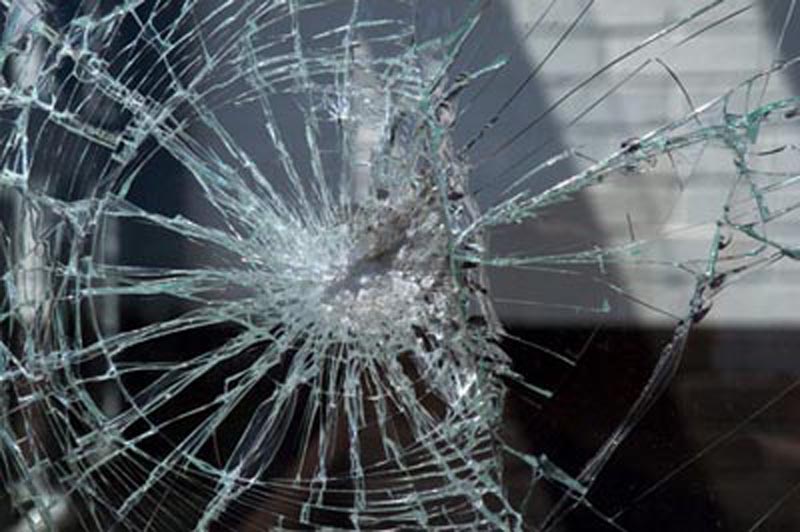 Chris Reed, deputy editorial and opinion editor for the San Diego Union-Tribune, recently wrote a piece entitled “Add Mexico to Afghanistan, Iraq to list of nations U.S. has severely wronged.” I was surprised to find that the article centered on the views of Don Winslow, author of THE CARTEL, etc.

Given my own opinions on the US-Mexico relationship, formed during my intelligence career and reflected in my crime fiction, you can imagine my interest.

Don Winslow and I both write crime fiction set in Mexico. Our books often reflect real events. But do we share similar views?

Yes, to a significant extent.

Reed’s article maintains that Winslow believes that “the 1994 North American Free Trade Agreement [NAFTA] made it so easy for cartels to move cocaine, marijuana, heroin and now fentanyl across the border into the U.S. that it has warped Mexico’s economy, undermined its democracy and gotten more than 100,000 Mexicans killed.”

The NAFTA agreement gave the US “an economic incentive to not inspect the thousands of trucks that cross the border every day with a thoroughness that would limit the cartels’ ability to earn billions of dollars by catering to American appetites for illegal drugs . . [Winslow’s] research found that DEA agents call NAFTA “the North American Free Drug Trade Agreement.”

Fast forward 6 years from 1994. I was beginning to focus my intel career on the Western Hemisphere. The drug cartels were firmly entrenched and making millions every week from America’s insatiable appetite. Stories about missing persons, cartel violence, and mass graves were gruesomely common. Mexican tabloids routinely pasted horrific images across their front pages.

The US was spending heavily to stop the drug trade. FYI, the latest reports claim that the US has spent a trillion on the war on drugs, $34 billion in 2020 alone. https://www.cnbc.com/2021/06/17/the-us-has-spent-over-a-trillion-dollars-fighting-war-on-drugs.html

Those of us in the intelligence community did our best to fight organized crime, target cartel leaders, and staunch the flow of drugs into the US.

But we were pouring our efforts, like water, into a sieve. Lots of dirt got sifted out to be sure (Pablo Escobar, El Chapo, etc) but the rest of the US was subsidizing the drug war we were trying to stop.

The odds were not in our favor.

In his article, Reed quotes Winslow’s 2015 open letter to the White House:

“It’s not the ‘Mexican drug problem.’ It’s the American drug problem. . . It’s simple: no buyer, no seller. We fund the killing, fuel the killing, and sustain the killing (my emphasis) . . . You’re so concerned about terrorists thousands of miles away that you don’t see the terrorists just across our border. The cartels are more sophisticated and wealthier than the jihadists and already have a presence in 230 American cities. The cartels were running the ISIS playbook — decapitations, immolations, videos, social media — 10 years ago.”

In short, organized crime/cartels are armed, cunning, and ruthless, and we are paying them top dollar.

The year after Winslow penned that letter, US drug users spent $150 billion on cocaine, heroin, marijuana, and methamphetamine, according to the Rand Corporation. https://www.rand.org/pubs/research_reports/RR3140.html

Let’s get some perspective. $150 billion is more than 7% of the US GDP. According to largest.org, which calculated the largest industry sectors in the US, $150 billion per year is more than each of the following economic sectors: durable goods manufacturing, finance and insurance, and state and local government spending. https://largest.org/technology/industries/

More recently, Addiction Centers posted an astounding graphic, claiming users in the US spend $56 million per day on meth and almost $47 million per day on cocaine. I didn’t see their methodology but neither do I have information to say those numbers aren’t for real. https://addiction-treatment.com/in-depth/what-america-spends-on-drug-addictions

The National Center for Drug Abuse Statistics and the Centers for Disease Control keep rolling out statistics that should be front page news, but sadly are not.

Let’s start with cocaine. According to the CDC about cocaine-related deaths in the US:

Now some joy about fentanyl. FYI, it’s called the “Drug of Mass Destruction.”

According to the Washington Free Beacon, “Fentanyl seizures in 2021 have nearly doubled 2020 numbers, according to records quietly released by Customs and Border Protection. The “Drug Seizure Statistics” tool run by the agency disclosed [earlier in September] that agents already seized 9,337 pounds of fentanyl by the end of July, a 94 percent increase from the 4,791 pounds seized in the entirety of 2020 . . . Experts say that just two milligrams of fentanyl can cause a lethal overdose to people with no tolerance for the drug, meaning the amount of the drug seized by CBP through July could potentially kill two billion people.” https://freebeacon.com/biden-administration/fentanyl-smuggling-surges-at-border/

NYPD data from April 2021 shows that one out of every 10 bags of cocaine sold on the street in NY contains fentanyl.

I recently saw articles about the party scene in New York City coming back, warning friends to stay hydrated and carry Narcan because the cocaine supply is laced with fentanyl. https://gothamist.com/news/if-youre-partying-again-in-nyc-be-wary-of-fentanyl-laced-cocaine

No articles telling friends not to take cocaine.

WHAT THIS BUYS FOR MEXICO

In RUSSIAN MOJITO, I wrote: “Money flowed through each operation, and in Mexico, money and drugs always swam in the same river.”

The money that the US pays to consume illicit drug washes through every sector of Mexican society. Drug money is a way to sidestep Mexico’s rigid social system, lack of rural infrastructure, and weak civil leadership.

Fueled by the US appetite for drugs, organized crime is leaching away civil authority. Politicians are easily bought and even if they weren’t, the organs of civil order are too small, too poorly paid, and too poorly vetted to stand against the bulldozer of organized crime.

Organized crime factions vie for control of the industry even as they branch out into extortion, kidnappings, fuel theft, etc. The result is more violence, more pressure on civil authority, more money to line pockets.

For example, look at the 6 June 2021 elections in Mexico. Think of it as Mexico’s mid-terms. 500 seats in the lower house of the federal Congress, 15 state governorships and thousands of local leadership positions were up for grabs.

It was a massively violent election season. Reuters reported that 97 politicians were killed and almost 1000 were attacked, most at the local level.

In Tijuana someone threw a severed human head at a voting station on election day. Plastic bags filled with body parts were found nearby.

If you read the news from the region with any regularity, bodies in trash bags are mentioned far too often.

In the Detective Emilia Cruz series, she keeps a binder of reports of missing women that she calls Las Perdidas. Emilia’s hunt for them is a running theme throughout the series and the plot of the 2019 Silver Falchion award winning story, The Artist.

Why write about missing persons? Because the numbers of missing and disappeared persons has become the benchmark of how bad things are in Mexico.

The number of missing in Mexico continues to rise. No one really has a hard number but something like 90,000 people have gone missing in the past 15 years.

That’s a quarter of St. Paul, Minnesota. It’s the entirety of Murfreesboro, Tennessee down the road from me.

Mexico is littered with mass gravesites full of unidentified bodies but lacks good recordkeeping so it’s hard to know just how many bodies have been discovered. Nor is there a link between finding bodies and a database of the missing. Ergo, identification lags far behind discovery. http://www.borderlandbeat.com/2021/09/platform-on-mass-graves-is-born-in.html

When they were looking for the remains of the 43 students who were victims of a mass kidnapping back in September 2014, the tragedy I wrote about in 43 MISSING, they found scores of unidentified bodies in graves in the state of Guerrero, not so far from the resort city of Acapulco.

But those weren’t the bodies they were looking for.

Chris Reed and Don Winslow remind us that US drug use paid for all those graves.

Why aren’t more people talking about this?

Some links to check out:

The Ascent of Narco Noir: A Literary Game Changer: https://www.criminalelement.com/ascent-narco-noir/