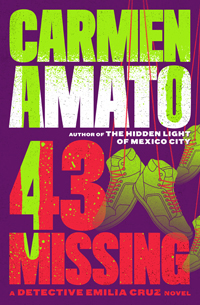 It’s the Mexican government’s last attempt to discover what happened to 43 students who disappeared after being seized by police in a small Mexican city. Yet the effort, comprised of cops from across the country, seems primed for failure.

As tensions within the task force soar, a diplomat from the United States embassy offers Emilia $50,000 to end the investigation into the missing students.The money could help her hunt for a human trafficker, with whom she shares an awful family secret.

But is the diplomat who he says he is? Does it matter?