Venice is one of the most beautiful cities in the world. Architecture, canals, and history make it a prime setting for a mystery. Two favorite authors, Donna Leon and Martin Cruz Smith have new books set in Venice that take you on two very different journeys to La Serenissima. 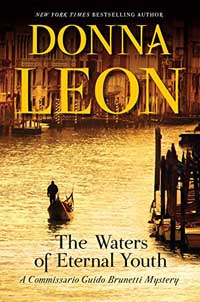 THE WATERS OF ETERNAL YOUTH by Donna Leon is as intricate, glorious, and absorbing as a trip to Venice can be. As Commissario Guido Brunetti, aided by fellow detective Claudia Griffoni—a relatively new character in this long-running series—and the stouthearted uniformed cop Vianello, you walk the riva on the side of the canals, you crowd with them into the vaporetto water taxis, and you share the unfamiliarity of riding in a car. But most of all, you are inside Brunetti’s questioning mind as he investigates an accident that occurred 15 years ago which left a young woman with the mind of a child. Her grandmother, an aging socialite who runs a foundation dedicated to preserving Venice’s sinking architecture, believes that her granddaughter did not fall into a canal by accident. With little to go on besides the woman’s intuition, Brunetti begins to poke into the past. In the process, he must enlist allies, manipulate his superior, and uncover a related murder. Much of the time he comes up empty-handed, but Leon leaves tiny clues like diamonds in a handful of sand. The writing is brilliant, the characters are fully-developed and endearingly familiar, while the meals never failed to make me reach for the nearest Italian cookbook.

Unlike some of the other Brunetti mysteries, this one closes with all the loose threads woven into a cloth nice enough to be the pocket square in Brunetti’s suit jacket. Having read all the books in the series, THE WATERS OF ETERNAL YOUTH (a double entendre but I can’t say why) ranks in my personal Top 5.

I consider Martin Cruz Smith to be a role model as well as a favorite writer. Author of the ground-breaking Arkady Renko series set in Russia, he is also the author of several romantic thrillers. After a several-year break, he’s got a new website, new book covers, and THE GIRL FROM VENICE is his new romantic thriller. 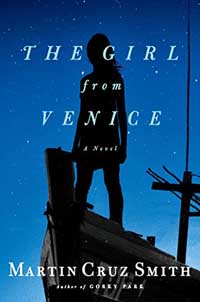 It is the end of WWII. Venice is riven by suspicion and fear as Mussolini’s regime cracks apart. The action takes in the muddy lagoon and poor fishing communities that fringe the palazzos and piazzas of central Venice.

Cenzo Vianello is a barefoot fisherman barely scraping by and hoping to avoid the chaos of his collapsing country. The Germans continue to prop up Mussolini and Cenzo frequently runs into German patrols as he cruises shallow waters in his fishing boat. One night, he finds a dead woman floating in the lagoon.

But Guilia isn’t as dead as he thought. A strong swimmer, she faked her death to escape the Gestapo after her Jewish family’s hiding place was betrayed. Cenzo kills a German officer hunting for her, then hides the girl in his fishing shack on the outskirts of Venice.

Cenzo has enough problems without being arrested for murder or protecting a Jewish girl for whom the Germans are hunting. He was kicked out of the Italian Air Force when he refused to gas the populace in Ethiopia. His wife was stolen by his brother who is a famous actor and Mussolini insider. She died, leaving Cenzo and his brother with unfinished business.

Turning to a friend from his piloting days, Cenzo arranges for Guilia to be spirited out of Venice and sent to the partisans in the mountains. When the friend is killed, Cenzo goes looking for Guilia in an odyssey that sees him reunited with his brother and plunged into the strange court of Mussolini’s last days. While I was impatient for him to find Guilia, the book became an absolutely fascinating glimpse into this suspenseful snippet of WWII history, as seen through some superbly drawn characters: a would-be moviemaker, the wife of a Brazilian diplomat who is also an expert forger, and Cenzo’s matinee-idol brother who is also Mussolini’s radio spokesman.

Cenzo is a marvelous vehicle for this fishing trip through Italian history. He’s decent and unambitious; hardly fearless but willing to find his courage when he needs to. The attraction between him and Guilia, who is both younger and much better educated, develops slowly. You can see why it works—improbably—for each of them.

All of the pieces were in place for a big and stunning climax, but the ending wrapped without too much drama. There were also a few continuity errors; for example, Cenzo and Guilia have sex for the first time at least twice. But the prose is beautiful, the sense of history is remarkable, and THE GIRL FROM VENICE is worth a prime spot on your TBR list.

These books made me wonder if Venice is really sinking. Yes, it is. Read about the looming issue in this article from The Guardian. 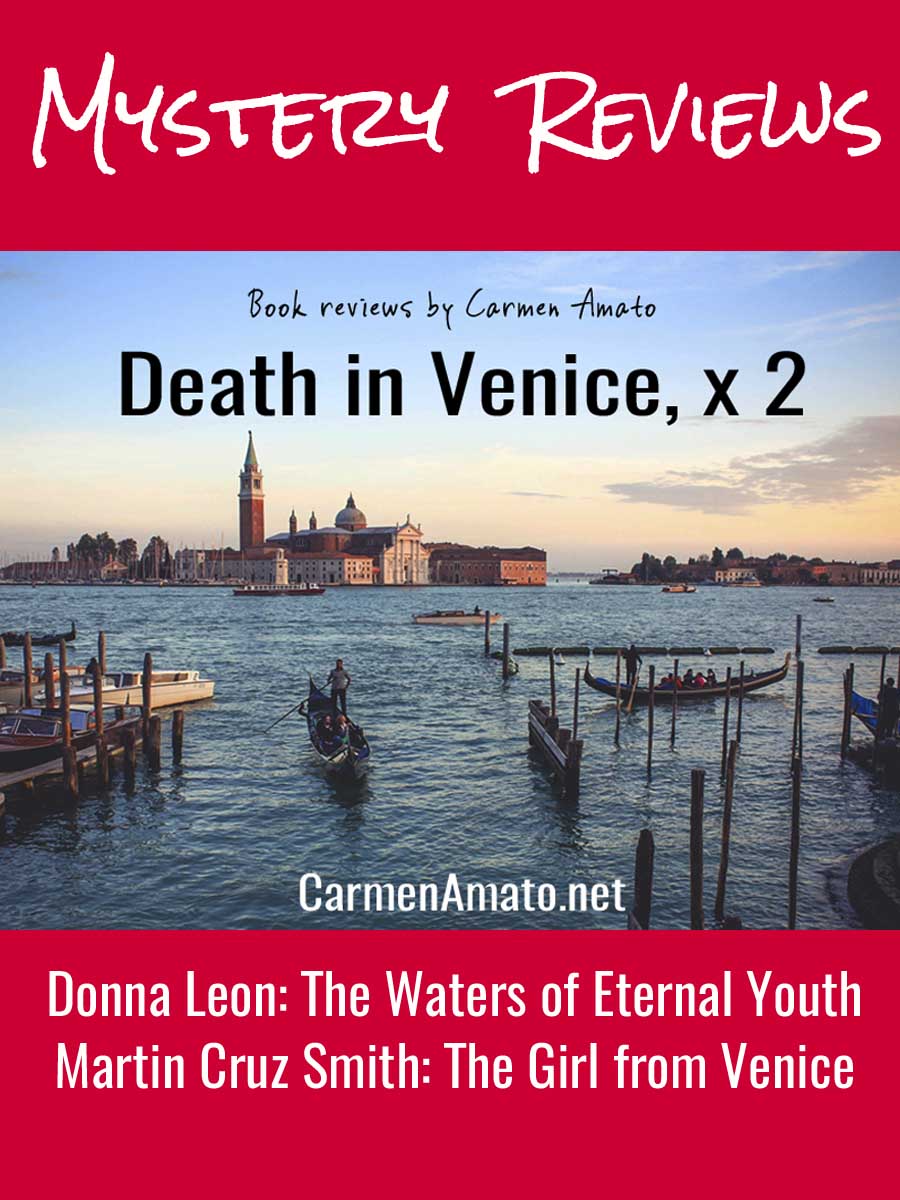