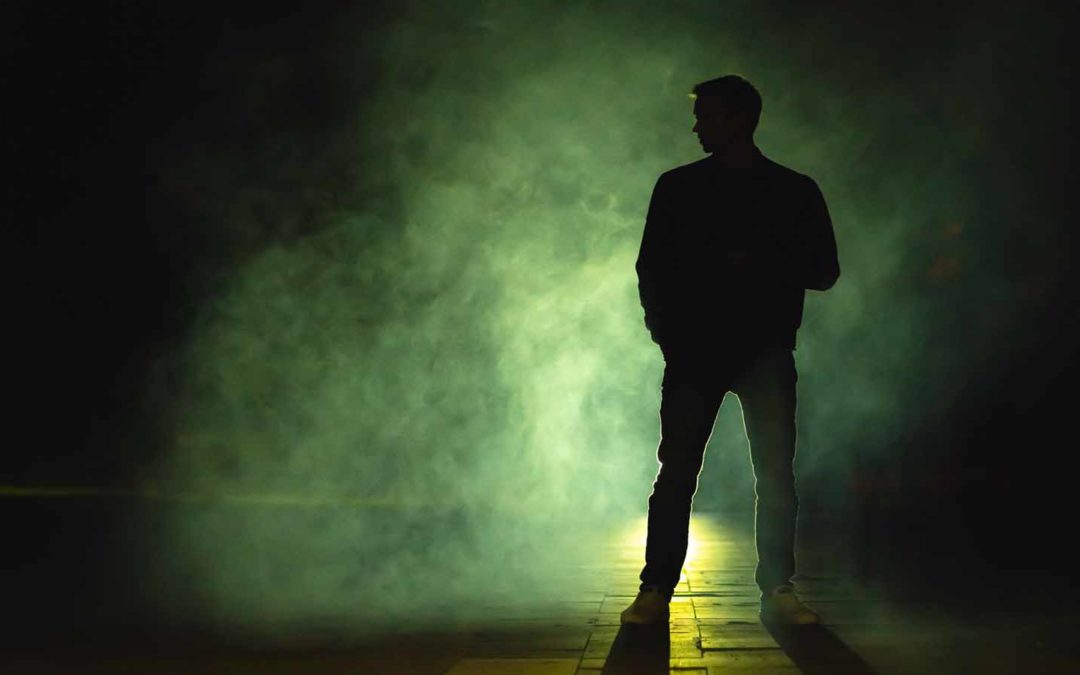 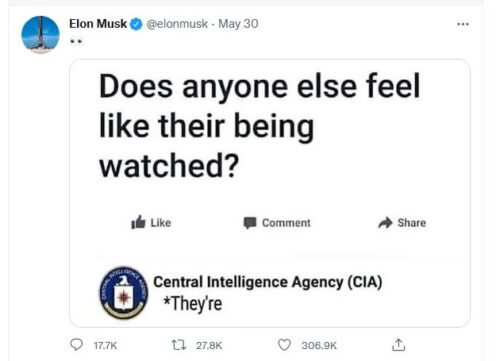 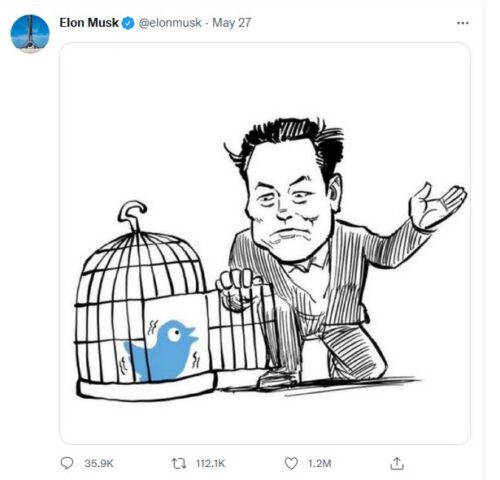 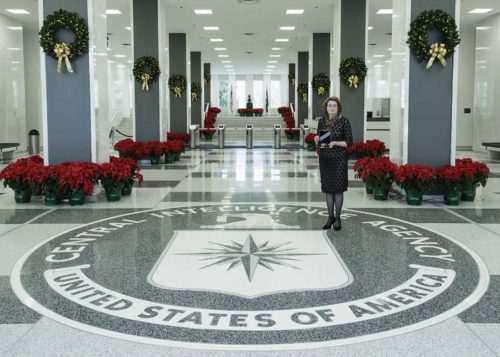 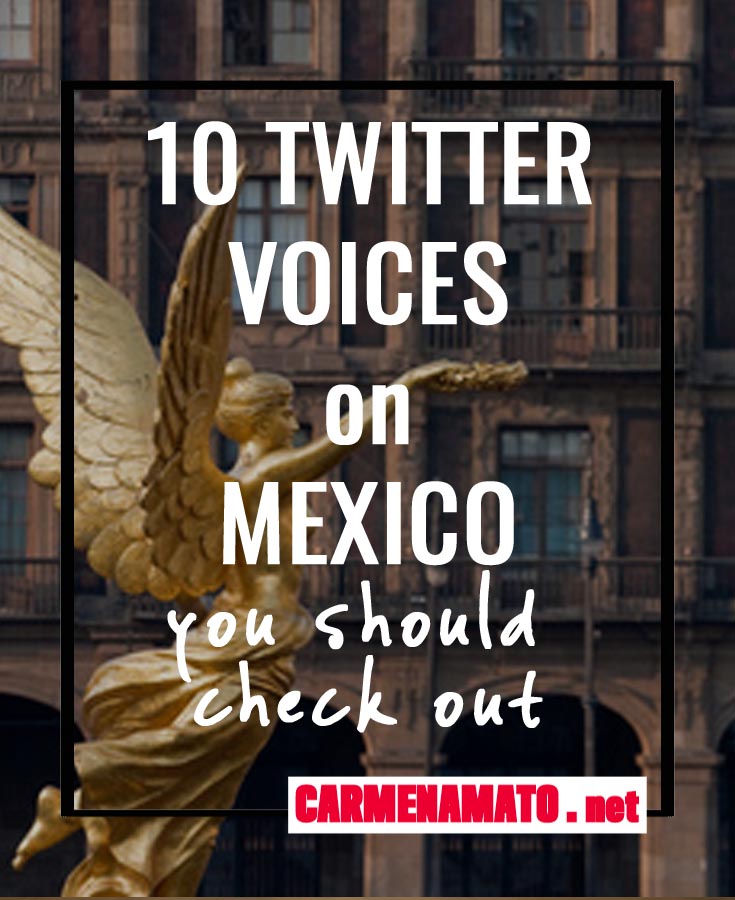 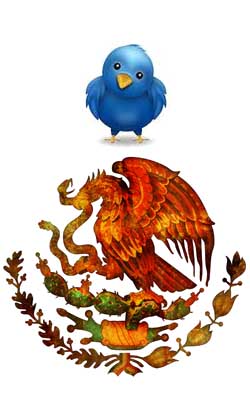 Inspiration for the Emilia Cruz mystery series’ sharp edges and complicated plot lines comes from two sources: my own experiences living in Mexico and Central America, and the authentic and multi-faceted stories about Mexico told by some of today’s most articulate voices trending on Twitter.

Here are 10 “Tweeps” I routinely read to get up-to-date information about Mexico. They’re a mix of cultural observers, expatriates, journalists, and writers. Their viewpoints don’t always coincide and they may have differing agendas when it comes to Mexico, but their Twitter trending content is always interesting and thought-provoking.

@AllAboutPuebla  Rebecca Smith Hurd writes the All About Puebla blog; a happy compendium of life, art, culture, and events in and around Mexico’s 4th largest city. Incidentally, Puebla is the hometown of protagonist Eduardo Cortez Castillo in THE HIDDEN LIGHT OF MEXICO CITY.

@MexicoInstitute  The Mexico Institute is part of the Woodrow Wilson International Center for Scholars, a nonpartisan, non-advocacy forum engaged in the study of national and world affairs. Tweets link back to articles on the Institute’s website which deal relations between the US and Mexico and events and issues which impact them.

@ajcorchado  Alfredo Corchado is the Mexico Bureau Chief for The Dallas Morning News and a Harvard Nieman Fellow. His memoir, MIDNIGHT IN MEXICO, was released earlier this year.

@AndrewChesnut1  Andrew Chesnut is a professor of Catholic Studies at Virginia Commonwealth University and writes extensively on the Santa Muerte phenomenon for Huffington Post and other current events outlets. He explores Santa Muerte and more on the site skeletonsaint.com.

@shannonkoneil  Shannon K. O’Neil is a Senior Fellow at the Council on Foreign Relations and the author of TWO NATIONS INDIVISIBLE about the US and Mexico. Her tweets and retweets focus on strategic views of what is happening in Mexico and with the bilateral relationship.

@el_reportero  David Agren is a Canadian freelance journalist in Mexico City whose reporting has appeared in USA TODAY, Catholic News Service and Maclean’s magazine. He is on top of numerous issues and is a prolific tweeter, managing to get loads of information—such as voting results–and local flavor into 140 characters.

@foxnewslatino  Fox takes a neutral tone when reporting on many issues about and affecting Mexico. Tweets all link back to the Fox News Latino news site and besides regional reporting include broad-based current events i.e. flavor of the day.

@MexicoRetold  Susannah Rigg is a British freelance writer based in picturesque Oaxaca who uses the tagline “There’s more to Mexico than Meets the Media.” She is very active on Twitter discussing cultural issues and promotes the hashtag #fortheloveofmexico.

@mexicoguide  Suzanne Barbezat is a travel writer living in Oaxaca who is the host of the Mexico Travel sub-site for the About.com news channel. She is a #MexChat co-host, which brings those interested in Mexico together for moderated twitter discussions.

@TheMexLondoner  The Mexican Londoner offers a totally unique take on Mexico—one that is seen from a distance and flavored by life in the UK. The Twitter stream is a mix of interesting news retweets, events in London with a Mexican flavor, and a bilingual newsletter for Mexicans living in London.

← The Friday Fiesta: Travel with a Filmmaker, A Camera, Disappearing Destinations, and Titanic II 3 Compelling Lessons from The Lone Ranger →