3 Compelling Lessons from The Lone Ranger

Were the critics right when they proclaimed The Lone Ranger a flop? I like to judge these things for myself so when the movie came to my local theater (as El Llanero Solitario with Spanish subtitles) my daughter and I went to decide. 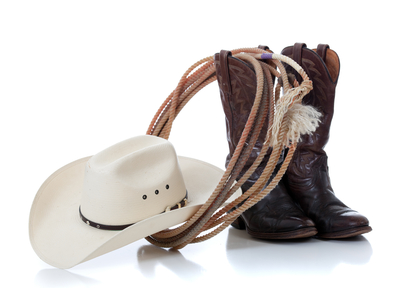 Right off we noticed a few things. First, in the subtitles, Tonto’s name was changed to Toro, probably for good reason. Tonto means “silly” in Spanish while Toro means “bull.” If you were sharp you noticed the last thing The Lone Ranger says to Tonto as they are riding off into the sunset: “Do you know what your name means in Spanish?” (We were the only ones in the theater who laughed.)

But as we walked out of the theater we both confessed to feeling uneasy. The movie, despite it’s big budget quality and obvious Disney imprimatur, just felt wrong.

Here are 3 lessons from how The Lone Ranger went awry.

1. Decide your focus and stick with it. In this case, make The Princess Bride OR Bury My Heart at Wounded Knee OR 3:10 to Yuma. Don’t try to make them all at once.

The only vehicle that had success stuffing comedy, race relations, and war into one package was MASH and that show had over a decade in which to do it. Moreover, Frank Burns was the kook inside the tribe and the nutty insider is more fun than the sad castaway like Tonto.

I genuinely thought we had a Princess Bride-esque thing going—reinforced by the storytelling bit reminiscent of Peter Falk reading to a sniffly Fred Savage–until the horrible bad guy eats the heart of his live victim and I knew there would be no storming the castle tonight.

2.  Don’t start what you can’t finish. One of the things that made The Lone Ranger such a long movie was the array of unresolved subplots and logic chains left dangling. Why is the bad guy a cannibal? Why does The Lone Ranger’s brother have such an unhappy marriage?

And the most annoying subplot of all concerns Red, madam of the local brothel. She had been a ballet dancer and one of the bad guys is responsible for her having lost a leg? Why? How? Beyond all that, why doesn’t Tonto ever get to be happy? Why isn’t the live crow with him in the end? What the heck was that scene of an old Tonto stumbling in the desert during the credits supposed to mean?

It would have been better to have fewer odd bits in the movie and be able to tie them all up neatly.

3. Make your finale understandable. I loved the big climax, the swelling William Tell Overture, the white horse on the roof, the excitement of the two racing trains. But by the time the second train car decoupled both my daughter and I had lost track (pun intended) of who was on which train, where each train was headed, and if The Lone Ranger and Tonto were working together or separately.

It ended well, but was simply too confusing.

Sooooo, are the lessons from The Lone Ranger just for moviemakers?

No. These lessons are universal for any creative endeavor, whether it is finishing a report, throwing a birthday party, writing a book, or designing a fashion show.

Did you see The Lone Ranger? What lessons did you take away from it?

← 10 Twitter Voices on Mexico and the Mystery Series that is Listening Ebook vs Print: Enough Already and Here's Why →