The Friday Fiesta: Travel with a Filmmaker, A Camera, Disappearing Destinations, and Titanic II 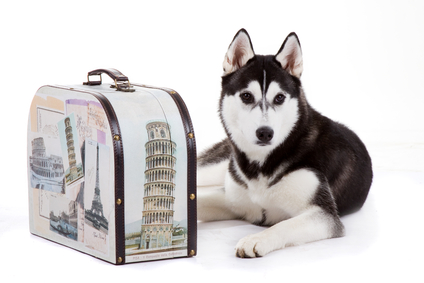 As a fiction and mystery author I draw on my own world travels and experiences living in Mexico and Central America. But online travel is also a  terrific way to discover news and places worth celebrating. Let this review turn your Friday into a fiesta!

Life Tips from a Director

Director of Oscar-nominated film Beasts of the Southern Wild Benh Zeitlin talked to Filmmaker Magazine and while you might think this doesn’t have any relevance for you—especially if you didn’t see the movie which didn’t star any Hollywood big names. But the thoughtful interview, in which Zeitlin “proves that to make a powerful film today, you don’t need gimmicks, a convoluted strategy, or even connections in the business” is a lesson in what success should mean for each of us. Zeitlin believes that “all you really need is a story so strong that it’s impossible not to make.” Read the interview with this thought in mind—if your life was a movie, what story would you believe in so strongly that you’d have to make it come true?

50 Photos From an Airplane Window

It takes time to load but this gallery of photos from twistersifter.com is worth the wait. The photos have all been taken from the window of an airplane and are simply the most arresting collection I’ve seen lately. Mt. Rainer, San Francisco, Rio, Mexico City, Greenland, Miami—they are all gorgeous. Two or three don’t show but don’t let that stop you from being amazed by this stunning virtual photography exhibit.

Gadling.com blogger Reena Ganga offers a review of travel destinations that are focused on preservation efforts or groups that can use your help to spur preservation efforts. My favorite idea from this post is to volunteer at a World Heritage center. “There are volunteer projects across the globe, including diving along the Great Barrier Reef to help threatened coral, conserving the Medina of Fez in Morocco, and restoring archaeological sites in Tanzania.” Many countries don’t have the resources to take care of historic sites. Travel with heart and your next vacation could be anything but ordinary.

Related post: 5 Ways Historic Preservation Scares Us and Why That’s a Good Thing

The new and improved Titanic will sail again, according to AOL’s travel site. A perfect replica of the ship is being built by Australian zillionaire Clive Palmer. If things go according to plan, the Titanic II will cross the Atlantic in 2016. Passengers will wear period costumes to mimic the original Titanic’s 1912 cruise. What won’t be imitated is the original brush with that fatal iceberg. Palmer reportedly told a UK newspaper that due to climate change “There are not so many icebergs in the North Atlantic these days.” Titanic II will, however, have enough lifeboat and life rafts to accommodate all 2,435 passengers and 900 crew members. Cue Celine Dion!

← A Friday Fiesta of Close Encounters: Maps, Murano, Mississippi and Designing Vietnam 10 Twitter Voices on Mexico and the Mystery Series that is Listening →