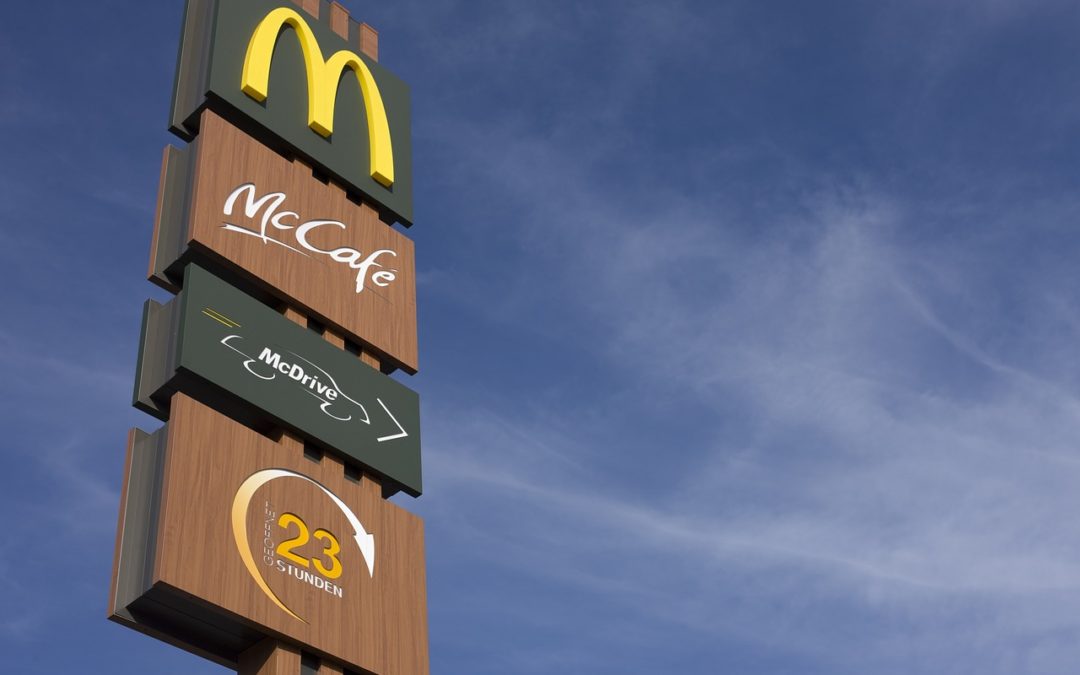 Yep. The fast food giant has had its share of cultural impact.

After all, the Soviet Union was formally dissolved less than 2 years after McDonald’s opened in Moscow in early 1990. Maybe it was just a coincidence but maybe not . . .

So not to be outdone by the end of the Cold War, here are my top culture-meets-McDonald’s moments:

In the weeks after Romanian Communist dictator Nikolai Ceausescu was overthrown, Romanians came by the busload to Vienna, the closest big Western city, to see how the rest of the world lived. They all looked as if they’d suddenly got out of prison. Their clothes were drab, they were all thin, and they looked fearful and excited at the same time.

My husband and I were in Vienna’s two-story McDonald’s. We each tucked into a substantial fast food meal; Big Macs, fries, the works. A Romanian couple our age was in the booth across the aisle, sharing the equivalent of a hamburger Happy Meal. They each took small bites, savoring the strange food, still in their coats as if they expected to be chased out at any moment.

It was my housekeeper’s anniversary and I took her to the big mall in Santa Fe to pick out a king sized bed for her and her husband. After arranging to have it delivered to their house, we went to the food court. She said she wanted to eat at McDonald’s but would not say what she wanted to order.

After a strange and frustrating exchange about the menu she finally said she’d have whatever I had. It turned out that she’d never eaten at a McDonald’s before.

New Zealand’s capital is a bit more lively these days but when I was there 20 years ago it was a sleepy town, especially on the weekend. There was shopping and a city tour on Saturday but most things were closed on Sunday. Except the one McDonald’s a couple of miles from my hotel. I walked there for lunch, then went to the movies, then walked back to McDonald’s for dinner.

Without McD’s I would have starved. Or had the hotel’s cold mutton buffet for all 3 meals.

The Olympic stadium in Athens housed the biggest McDonald’s we’d ever seen and my kids were as fascinated by the restaurant as by the Olympic events. No mix-and-match fast food here, you could only order from a short list of preset meals, including the first salad any of us had ever eaten at a McD’s. We sat in the middle of the huge space listening to the babble of  languages and watching the array of national costumes.

My kids got it then–the fact that not everybody is like them. Meeting people who aren’t is exciting. The Frenchman in the skinny white capri pants and Puma flats is still remembered fondly.

END_OF_DOCUMENT_TOKEN_TO_BE_REPLACED 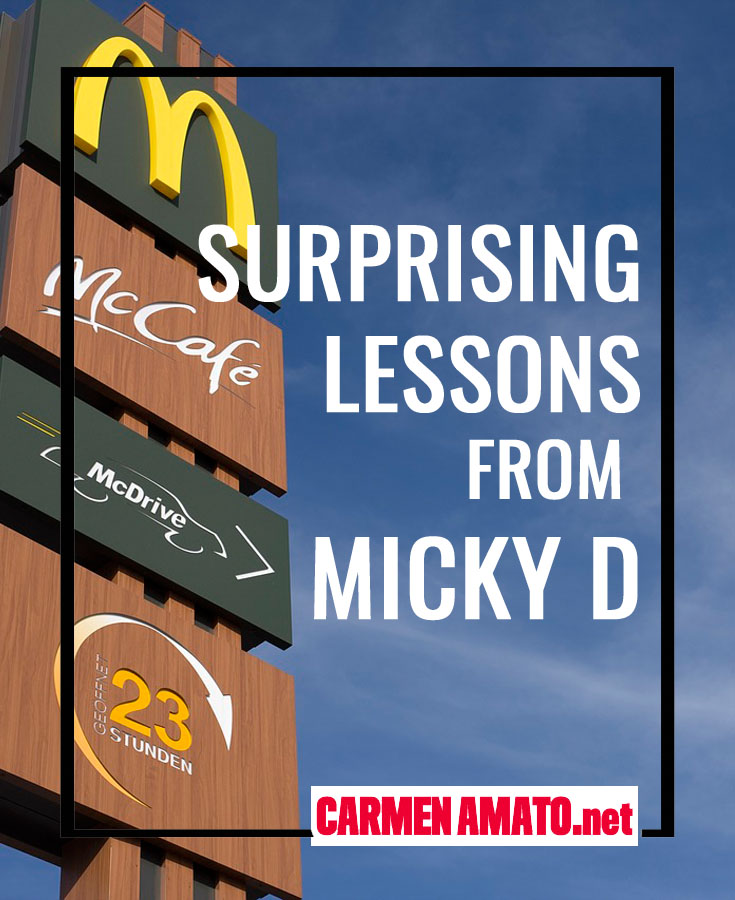