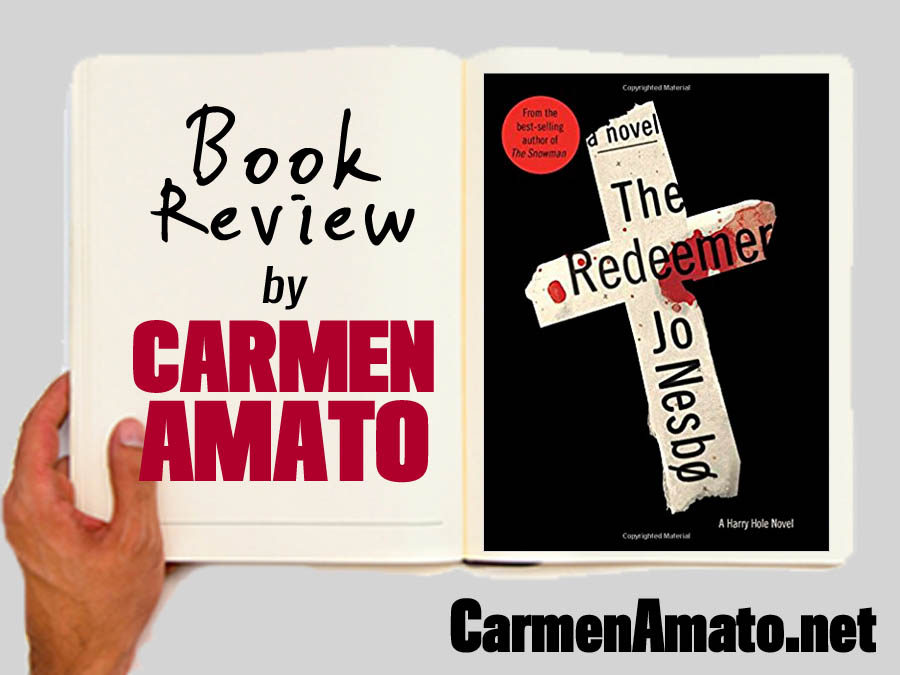 THE REDEEMER by Jo Nesbo is the midpoint novel in the Harry Hole series set in Norway, picking up where the last left off and priming the reader for another just as fast as Nesbo can write it. I’ve been reading them out of sequence and this one both filled in some blanks and created more questions. Specifically, when is Harry going to stop his $^&#@!! self-destructive habits and get his act together. But we all know the answer to that one, don’t we . . .

The story centers around a contract killer who accidentally kills the wrong member of the Salvation Army, which apparently has a big footprint in Oslo, then must stick around to find the right person and complete his assignment. Harry will find the vulnerable daughter of the head of the Salvation Army in Norway for both a possible romantic dalliance and source of information. Secretive Martine will be torn between her attraction to Harry—free at the moment from his on-again-off-again relationship with Rakel—and her duties to the Army.

Harry will approach things as he usually does, in his jeans, Doc Martens, and rock band tees. He’ll flout his new boss’s authority, start drinking again as he tracks the killer’s roots to the war in Bosnia, and use who he can along the way.

The writing is superb, Harry is a character you hate to love, and as always, Nesbo puts us right on the street in Oslo, a city I adore.

But I’ll admit to two teeney but annoying flaws:

1. The words ‘redemption’ or ‘redeemer’ were overused. Everybody gets labeled with some variation of the word. One reference in a subtle but significant way would have been enough.

2. At the end, Harry’s former boss has a big reveal but by that time it felt unnecessary. The book didn’t need the extra stuff and the core plot was complicated enough not to warrant this distraction from the central storyline.

But overall, THE REDEEMER by Jo Nesbo was masterful international mystery and I’m ready for the next Harry Hole novel.