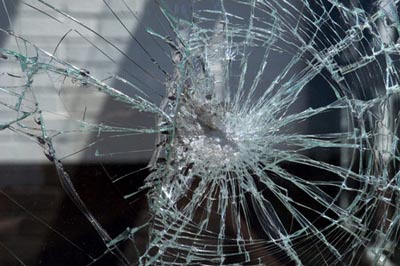 Whenever I’ve landed in a new place, I’ve tried to understand the local culture as if it was a system. Mexico was one of my first experiences and there I learned that a cultural system is underpinned by a network of stories and narratives—Bruce Chatwin’s songlines–that run through cultural cornerstones such as language, food, architecture, and the feast day of the Virgin of Guadalupe. But last Sunday, in an interview with CNN’s Fareed Zakharia, author Salman Rushdie sent my thoughts in a different direction when he referred to a “culture of insecurity.”

Rushdie posited that the “rage machine” we’ve seen reacting to a cheap independent film trailer and cartoons unflattering to the prophet Mohammad—which most of those in the Arab street have probably never seen–is easily cranked up in cultures that are built on insecurity. A culture secure in its identity can dismiss criticism and stupid films.

But if the songlines of a particular culture are defined by what is lacking and resentment toward what others have, then there can be little cultural confidence and emotional security.

To define one’s culture only in terms of what it lacks is a large and disturbing concept. Is a culture built on negativity and rage sustainable?

Well, rage is cheap. Cheaper than fast food, nice cars, sports franchises and higher education. Cheaper than running water and reliable electricity. If rage stems from what a culture is thought not to have—and alternative ideas are weak and no one moves to tamper the rage—it probably can be sustained through several generations, especially if education rates stay low.

But rage on a cultural scale is a huge loss in terms of productivity, economic growth, educational development—the list is endless. Unless someone is profiting by it, common sense would say that profound efforts would be made to reverse the culture of insecurity.

So who profits from a culture of insecurity and the rage it can promote?

Unfortunately this isn’t a hard question to answer and Rushdie noted that the deliberate use of rage is a “political act.” Throughout history we’ve seen people attain and retain power by manipulating populations with negative messages of external threats. Iran. North Korea. East Europe during the Cold War.

I didn’t realize this was ultimately what I was writing about in this conversation about a presidential candidate from THE HIDDEN LIGHT OF MEXICO CITY:

“This country’s entire social system is predicated on the majority of the people being tolerant. Educated people find things out and aren’t quite so tolerant after that . . . “

Luz blinked at him, struck by the intellect behind his words. “So how do we change that? Make the country . . . healthy.”

“Reform is hard.” He seemed about to say something else, but stopped.

“But if nothing changes,” Luz said, thinking about the dwindling opportunities for Juan Pablo. There would be even less for Martina and Sophia. “What will happen?”

Eddo shrugged. “The leftovers will remember Lorena’s catchphrases. That’s all she wants them to do.”

He was saying such hard things. Luz leaned forward. “Do you mean to tell me Lorena is happy to cry for the pain of the people if it means they’ll stay uneducated enough to vote for her?”

And as for those trapped in a culture of insecurity, to paraphrase a poem by the late Mexican writer Carlos Fuentes; the children in the street will eat glass if there is nothing else to fill their empty bellies.