Past and present collide in this clever thriller that moves between present-day Naples, Italy, and Berkeley, California in 1969. A NEAPOLITAN INTRIGUE deals with serious topics with a smooth prose and a dab of humor at the right moments. I read it in one day, and learned some history, too.

Find A NEAPOLITAN INTRIGUE on AMAZON

Letty White is a recently retired security consultant living in Naples. Her background includes stints as a linguist for the Central Intelligence Agency and Interpol. Just as she is wondering if la dolce vita in Naples is what she truly wants, local ex-Interpol friends who own a security company find a photo of Letty as a teenager in the pocket of a dead man.

In the photo, Letty and a girlfriend are with two National Guardsmen in a Jeep, souvenir of May 1969 when Berkeley was occupied by more than 2000 Army National Guard troops. The situation began when an impromptu People’s Park was created without authorization. Attempts to dismantle the park engulfed the area in large-scale protests. Law enforcement tried to quell the protests and fatal shootings occurred. Tensions skyrocketed and the National Guard was called out.

During the second half of May 1969, Berkeley was a city in turmoil, with nearly non-stop demonstrations. Protesters were teargassed, trapped and arrested. The local prison became notorious for abuse. Events culminated with a gigantic march, with many of those present carrying daisies and singing.

Letty was 16 years old at the time, on the fringes of the protest movement with her friends and attending a high school directly adjacent to the hot zone.

As present-day Letty attempts to find out the identity of the dead man in Naples, flashbacks to Berkeley offer clues. Both Naples and Berkeley are painted with compelling visual descriptions.

Letty is a real 3-D character, with dangerous curiosity. She takes thoughtless risks at first but grows more wary as things in Naples go awry. I loved the way that, fueled by gallons of espresso, she gets away from the bad guys, argues with the good guys, crashes a wedding and a bespoke tailor, spurns her Italian lover, and gets away from the bad guys yet again, until at the end, she turns the tables on everybody.

The book is a thriller but has elements of a light-hearted caper, too. It will keep you turning the pages! Find A NEAPOLITAN INTRIGUE on AMAZON 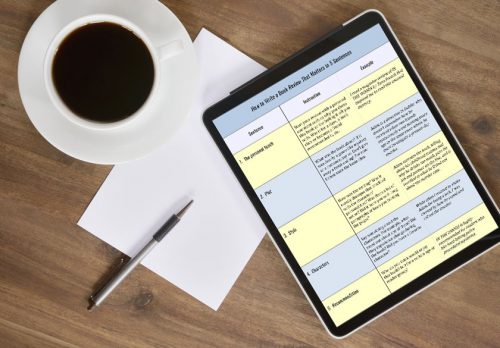 Love book reviews? Wish you had time to write them? Click to get my quick cheatsheet for writing compelling reviews that matter.