The lost chapter of THE HIDDEN LIGHT OF MEXICO CITY 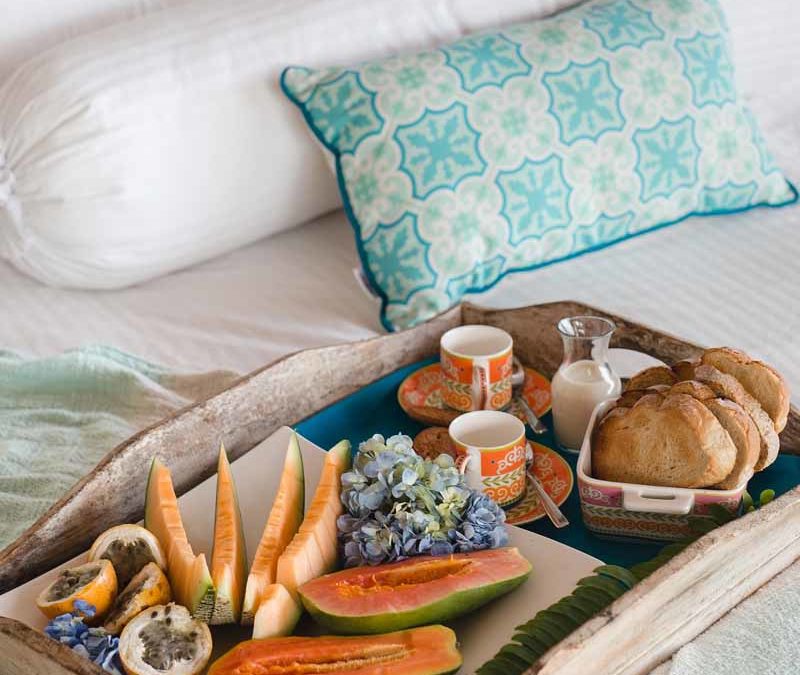 My “Simplify” theme for 2019 led to some housekeeping and that in turn led to the discovery of a lost chapter of THE HIDDEN LIGHT OF MEXICO CITY.

The novel was originally an 800 page (Not. Kidding.) all written from the point of view of the female protagonist, Luz de Maria Alba Mora. 500 of those pages were other characters explaining things to her that had happned while she wasn’t around.

Ultimately, after 8 years of editing, THE HIDDEN LIGHT OF MEXICO CITY became a political thriller with a strong love interest in the style of Ken Follett’s books TRIPLE and THE KEY TO REBECCA. I always thought it would make a great movie, too.

One of the issues in the book is the slow transformation of Luz de Maria from a housemaid with big dreams to a woman unafraid to reach higher on the social ladder. The scene below ended up being surplus but I always liked the way she figured out the problem and gained confidence because of it.

The setup is that she has fallen in love with a man from Mexico’s highest social class–Eduardo “Eddo” Cortez Castillo–and he has asked her to marry him. Her answer is pending. They are in a luxury hotel and will attend a party later; Luz figures if she can survive the party it will help make up her mind.

The number 314 is symbolic; it was her number when waiting to be interviewed for a US work visa.

“It’s a deal,” Eddo said and kissed her cheek. “Let’s seal it with some food. You order us up some breakfast while I take a quick shower.”

He disappeared into the bathroom. Luz went into the living room and realized she didn’t have a clue how to order room service. Her bravery popped like a bubble.

The hotel binder was on the table next to Eddo’s laptop. She scooped it up and flipped through the pages. It listed the times they served various foods but there weren’t any instructions. Luz tossed the book onto the loveseat and went over to the phone by the chair. Attached to the phone was a small card with a listing of hotel services. Reception-10, Concierge-11, Housekeeping-12, Taxis-13, Room Service-14. That couldn’t be right. No telephone number was only two digits. And every number in Mexico City started with 5.

He would just have to explain how this worked. Luz went into the bedroom and knocked on the bathroom door. The water was going. Eddo was singing Miguel Bosé’s Sólo Pienso en Ti. He didn’t hear her.

Luz sagged against the doorframe, torn between hopelessness and determination. Order us up some breakfast. She’d told herself she would let the despedida decide but maybe that had been a hollow promise. She could hardly marry Eddo if she couldn’t get food in his world.

Eddo started ringing out “Poco á poco” from the refrain. Luz shoved herself away from the doorway, thinking furiously. She went back into the living room, and hit ‘0’ on the telephone keypad. She would call the Telmex operator and ask if two digit telephone numbers were possible.

“Palacio Suites. How may I direct your call?”

“Is this still the hotel?” Luz blurted.

“Yes, señora. Were you trying to get an outside line?”

“I’ll put you through to room service or you can dial 14 from your room phone.”

“That’s just when you’re inside the hotel, señora.” The operator paused. “Would you like me to put you through to Room Service now?”

There was a ring, then a woman’s voice. “Room Service. May I help you?”

Luz hiccupped in astonishment. It had really worked. “I’d like to order some breakfast,” she managed.

“Certainly. What is your room number, please?”

“Oh.” Luz had no idea. Who called to have food sent to their room and didn’t know what room they were in? It was good the person on the other end of the connection couldn’t see her face. “Hold please,” she said, just as Señora Vega had taught her. She looked around for a piece of paper with the room number on it but there was nothing. Even the card Eddo used to open the door, on the table with his car keys and cell phone, just had the name of the hotel on it. He was still singing in the bathroom as she flung open the door to the suite and looked outside.

Luz darted back to the phone as the door swung shut. “It’s 314,” she said breathlessly into the phone.

“Señor Cortez’s suite,” the woman verified. “El señor let us know you were coming, señora. I hope you are enjoying your stay with us.”

“Yes,” Luz said, taken aback. Did everyone in the hotel know that she was an unmarried woman sleeping with an unmarried man?

“What can we send up, señora?”

“You wished to order breakfast, señora?”

Madre de Dios, she hadn’t even thought of what food to eat. Luz smacked herself in the forehead with her hand, feeling rushed and idiotic and embarrassed. The hotel staff was going to think Eddo’s unmarried señora was dull-witted.

Luz snatched up the room service binder and flipped it open to the breakfast page. “Two omelets with mushrooms and cheese,” she decided swiftly, deliberately not looking at the prices. “A fruit plate.” Eddo always ate fruit. “And coffee.”

“Bacon or ham with the omelets?”

The choice paralyzed her for a second. Her mind jumped around, trying to remember the things she’d seen Eddo eat in San Miguel. He’d had both. Luz exhaled. “Ham.”

“Cream with the coffee?”

“And does el señor want his usual newspapers included with that?”

Luz closed her eyes. She had no idea what she was doing or how much this was all going to cost. “Yes.”

“Wait,” Luz gulped. Eddo liked spicy food. “Can you send some salsa roja with that?”

“It’s made fresh daily right on the premises.”

“Thank you.” Luz hung up the phone and sank nerveless onto the loveseat. She dropped the binder and started giggling, on the edge of hysteria just for ordering some food.

Of course it wasn’t there yet. A waiter would bring the food on another little skirted trolley. An entirely new hurdle loomed as Luz realized she’d have to sign for the food, just like Eddo had done last night. And she’d have to give the waiter a tip. Nobody in Mexico performed a service without getting a propina.

Luz ran into the bedroom and pulled her purse out of the closet drawer. No doubt she had enough small bills in her wallet to give the waiter a tip. But the wallet was completely empty.

Luz dumped the contents of her purse onto the bed. Lipstick, compact, hairbrush, tissues, rosaries, cell phone, and the milky quartz stone fell out. She searched the empty purse, running her hand inside it, checking the zippered inside pocket, trying not to panic, sure that her money had to be somewhere. She opened the wallet again, frantically digging in the bill compartment, the coin purse, and in the slots for the credit cards she didn’t have. From the little slot she never used she pulled out the invalidated check for the first paintings she’d sold at el Jardin del Arte.

She sank down on the rumpled comforter, breakfast suddenly forgotten. As she unfolded the check, the humiliation and despair of that day in the bank rose up.

“Did you say something?”

Luz jerked around to see Eddo coming out of the bathroom wearing a towel.

“I think I have water in my ear.” He rubbed his head then indicated the check in her hand. “What’s that?”

“Nothing.” Luz crumpled up the check. “Trash out of my wallet.”

Eddo moved over to the closet. He took out clean briefs and put them on, then walked back into the bathroom to hang up the towel. “Your clothes are still on the floor in here and mine aren’t,” he called smugly. “Just letting you know.”

“Oh!” Luz rushed into the bathroom, gave Eddo a big noisy kiss on the mouth, then pushed him back into the bedroom. “Put some pants on. Breakfast will be here any minute.”

She shut the bathroom door behind her. Her money and identity card were still in the right front pocket of her white jeans.

Luz tore the check into tiny bits and flushed it down the toilet. She had to pull the handle twice before every piece disappeared, swirling and gurgling down the bowl and into the sewer and far away.

Eddo was still buttoning his shirt in the bedroom as she signed the room service check. She had 50 pesos in her hand but didn’t need it. There was a line to write the propina. She mentally calculated ten percent.

Everything she’d ordered was there. Luz turned over the cups and poured them each some coffee.

“Omelets. Wonderful.” Eddo sat down next to her. “Thank you.”

Luz took the top off the condiment bowl. “Salsa roja?”

“Yes, please.” He beamed and spooned a large portion onto his plate. “Very nice. They usually just send up a little bit on the side.”

“Oh, yes,” Luz said airily. “I asked for them to send extra. And made sure it was fresh.”

She was quite sure it was the best breakfast ever.

You can get THE HIDDEN LIGHT OF MEXICO CITY on Amazon: 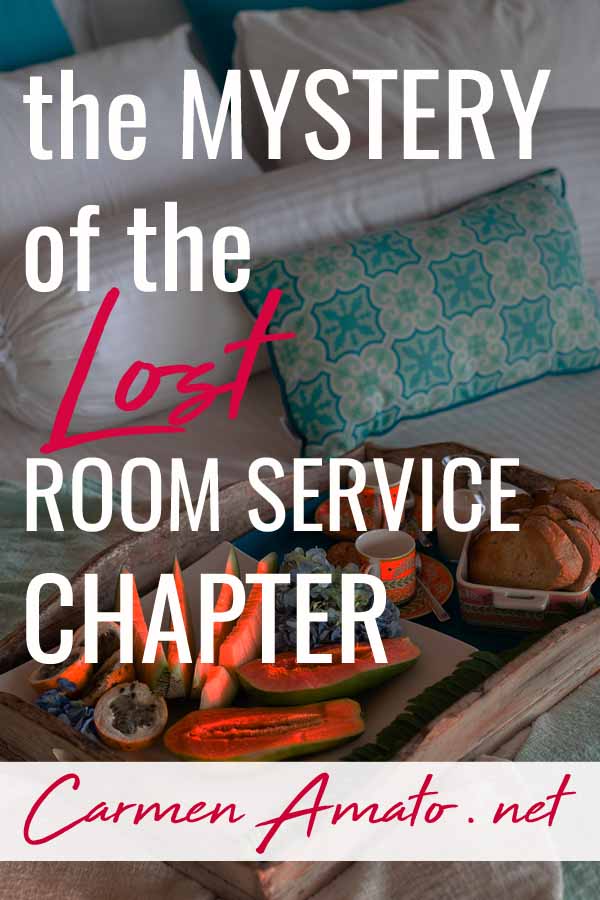