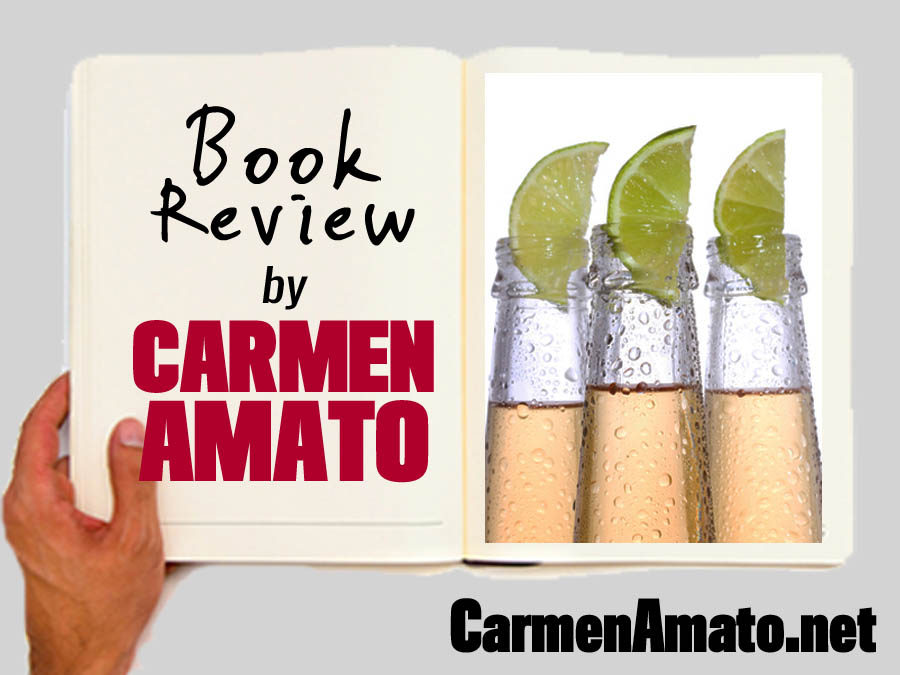 Each of these 3 exceptional books has universal appeal that transcends its roots, but for different reasons. 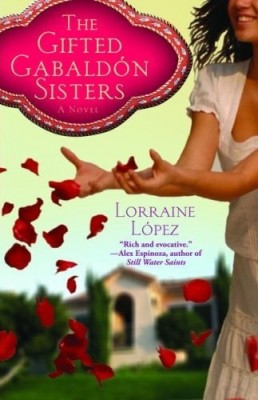 In all honesty, I picked up The Gifted Gabaldón Sisters because it has an eye-catching cover. Luckily, the story inside was just as mesmerizing.

It traces the lives of four sisters, who each seem endowed with a magical ability or “gift.” But it’s not fairy tale magic and it shapes their lives in unexpected ways. The story swings between the lives of the sisters, and the official account of government research into the Puebla tribe. At first I didn’t understand the connection but after a few chapters realized that the research was the background story of Fermina, the girls’ caretaker after the death of their mother. Fermina is the one who gives the girls their “gifts.”

The sisters are all named after Hollywood stars from the 40’s and 50’s, which not only made it easy to keep track of the different sisters and their gifts, but also gave a rich feeling of the family’s atmosphere and the legacy of their dead mother.  My favorite character was Bette Davis Gabaldón, who believes her “gift” is the ability to persuade people to do what she wants.  The gifts are both burdens and things to celebrate. This isn’t a pulse-pounder that races to a climax but a gentle story of women who believe themselves bound by their gifts. It is that belief that ultimately shapes their lives and draws the reader along on the journey.

This book is recommended for anyone who likes contemporary literature, stories with a bit of magic in them, as well as those who like fiction that draws on history.

Take Me With You by Carlos Frías 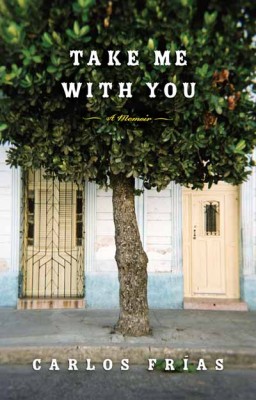 My basis of understanding Cuba comes from a grad school friend whose parents fled Castro’s revolution, leaving behind everything. The mother, who was pregnant at the time, never really got over what had happened and her later years were full of emotional pain. So it was with this family in mind that I picked up the book during a memoir phase and it turned out to be one of the best contemporary memoirs I have read.

A Miami-based journalist, Frías recounts his own 2006 trip to Cuba to cover the political scene, which allowed him to trace his father’s life there before the revolution. Frías writes simply and smoothly and his descriptions put the reader right into today’s Cuba, with its decayed buildings, endless scrabbling for the basics, and sense of waiting for it all to end. Although the book moves around between the author’s family in Miami, his father’s middle-class life in pre-revolution Cuba, and the author’s own experiences in today’s Cuba, the reader never gets confused.  Frías is able to show us real people and how their lives were damaged by Cuba’s revolution, including that of his father and the family members who stayed behind and are now trapped in Cuba’s poverty.

This book is recommended for anyone interested in Cuba, for those who like to read memoirs, or anyone contemplating writing a memoir. This is how it is done.

The Underdogs by Mariano Azuela 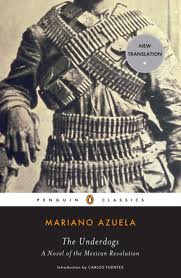 A couple of years ago I walked through a display of Mexican Revolution photographs in a museum in Rome, Italy. Meant primarily to showcase the era’s photographers, the exhibit was a sepia-toned illustration of the brutality and confusion of the times. All of the images we association with early 20th century Mexico were there–horsemen with crossed bandoliers and wide palm sombreros, women in white dresses with ruffled bodices, ragged laborers in white cotton rags, soldiers in short jackets with brass buttons and pistols strapped to their legs. The captions told of indiscriminate killings, rapes of camp followers, the political double-crosses that made the presidency into an institution of corruption, coups, and murder for many years. I walked away sad and confused.

Written in 1915, literally on the front lines of the revolution, The Underdogs describes with a powerful narrative the images I carried away from that museum. Author Mariano Azuela was a doctor who traveled with several of the revolutionary armies. His main character is an illiterate farmer, Demetrio Macías, who becomes the leader of a small group of fighters aligned with Pancho Villa. He feeds his men by taking from the countryside, uses innocent citizens as human shields, collects women along the way, and hardly understands the political situation and the swings of allegiances. He just knows that fighting is better than scraping by as a farmer.

Through dialogue, the various characters shine through, rivalries are made immediate and the story moves quickly. Over and over, I marveled at the authenticity, at how Azuela was able to paint such a realistic picture in so few words, and how so much was packed into the story. Basically, anything I’d seen or heard about the Mexican Revolution was distilled into one short novel. The imagery and vignettes of brutality and rivalry truly resonated and were better than any history book.

Recommended for those interested in Mexican history, historical novels, and for students of literary construction. 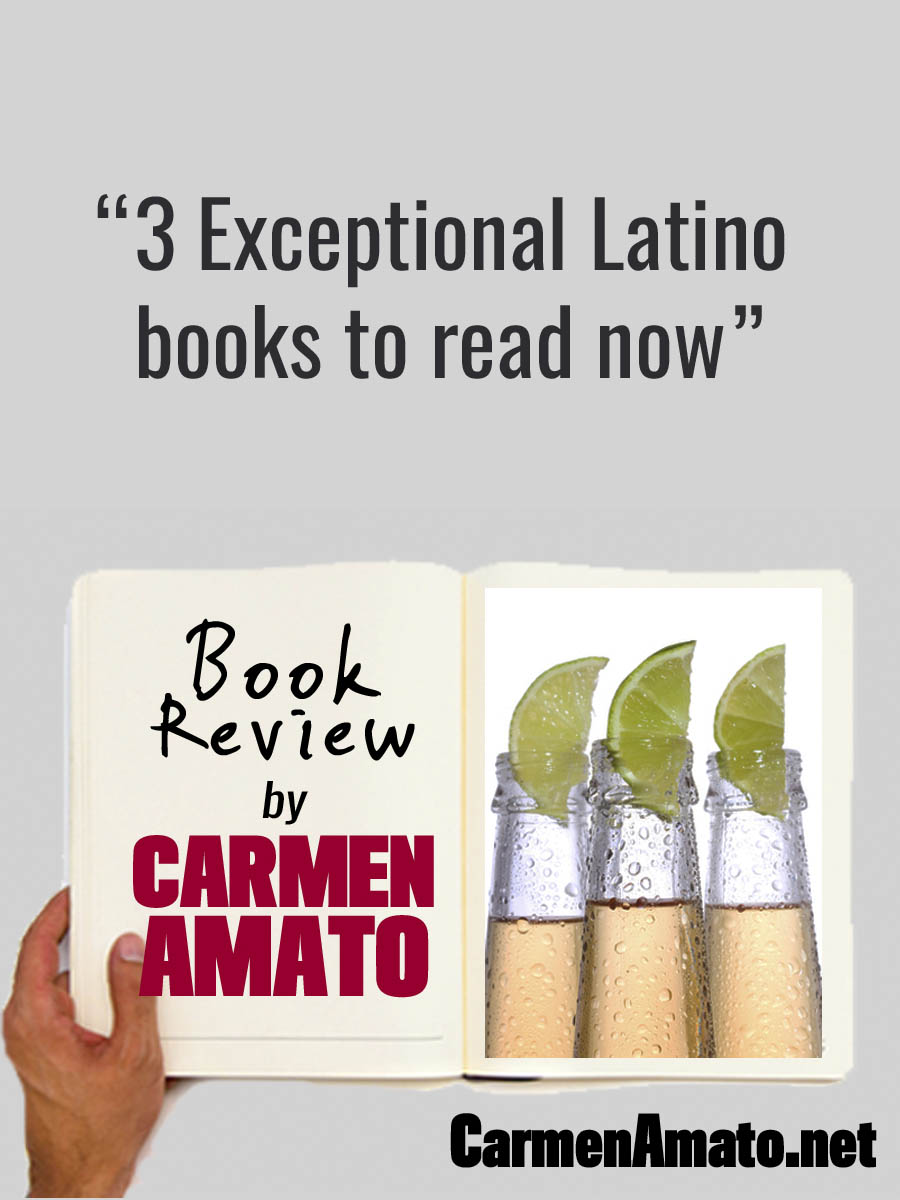