The Case of the Mysterious Immigration Debate

I’m a mystery and thriller author, not a political pundit or a news commentator. My books so far have been set in Mexico, however, and if you think/talk/enjoy things Mexico the US immigration debate is never far behind.

From my optic, here’s how the debate is shaping up:

Most folks want to lump things together in an effort to make the simplest news story possible for an attention-deficit audience but the phrase “immigration reform” can mean a lot of diverse things. The three deal-breakers appear to be:

Cobbling these diverse issues together into immigration reform is a means for crafty politicians and pundits to manipulate public opinion or stymie their opposition. Or even achieve success! Now if we only knew what success would look like . . .

The cost of US entitlements (food stamps, public education, etc) going to undocumented residents of the US vs contributions to the US economy being made by that same group at present and in future. For example, according to the independent National Foundation for American Policy (NFAP), immigrants will contribute $611 billion to the Social Security system over the next 75 years. A path to citizenship would bring more people–who might otherwise be long-term undocumented–into the formal economy, ensuring their contributions such as taxes and payroll deductions. Yay! Become a citizen, learn what FICA is and why it eats your paycheck!

New York Mayor Michael Bloomberg has the lead on this, calling the current US immigration policy “national suicide.” At a conference to promote STEM leadership in New York at the end of 2012, Mayor Bloomberg declared “Our economy depends on immigrants, and currently our immigration policy is what I call national suicide.” His personal website says: “A vocal champion of comprehensive immigration reform, Mike recognizes that fixing our broken immigration policies is essential to our country’s future – and to our ability to remain the world’s economic superpower.” Agreed–if for no other reason the lack of reform is a huge drain on our national energy.

My way or the highway

The US is not the only country dealing with the issues of immigration,  economic growth and balancing new cultural inputs with current resources. Does Canada hold a key for the US with its new plan to give priority to immigrants with critical skills? Are we looking at Singapore, which manages to do many things right? Many other countries have had guest worker programs; what worked, what didn’t?

I learned in grade school about the great American “melting pot,” which by definition is a messy thing. Not every person who comes from somewhere else to the US will make a stellar contribution. But their offspring might. My own family certainly had a black sheep of an immigrant but his descendants are engineers, architects, teachers, builders, doctors, and a US Navy officer. None of us has ever been on welfare, food stamps, or other forms of public assistance.

END_OF_DOCUMENT_TOKEN_TO_BE_REPLACED 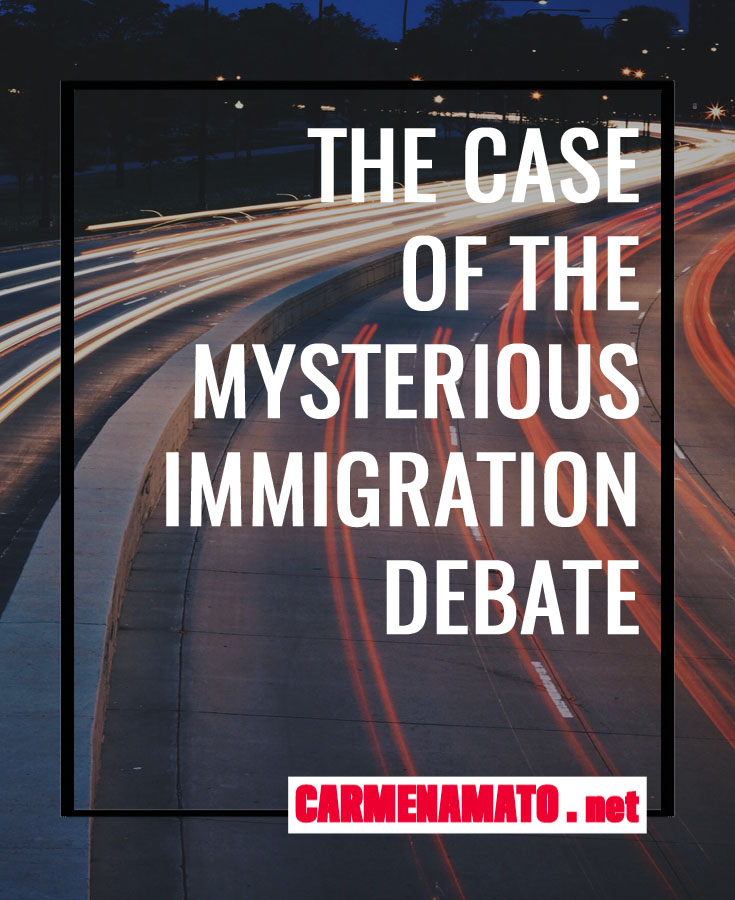