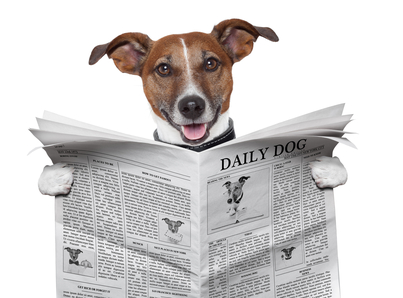 He’s better known for “the buck stops here” than for romance but the Smithsonian recently gave us a fascinating list that President Harry Truman wrote capturing his life with Bess, his wife of 53 years. He made a brief notation beside the date of their anniversary each year. Many entries evoke the time period the Trumans were living through. A really interesting way to capture our milestones. Some examples:

Murder in the Library

The British Library has a new exhibit featuring the sound and text of British crime fiction writers. Murder in the Library: An A to Z of Crime Fiction is the British Library’s current free exhibition in the Folio Society Gallery in the Entrance Hall. As reported in the Library’s English and Drama Curators’ blog, the exhibit includes recordings including Edgar Wallace reading his short story ‘The Man in the Ditch’, from a 1928 commercial disc; Arthur Conan Doyle speaking in 1930 about his most famous literary creation, Sherlock Holmes; Agatha Christie in 1955 explaining how she began her career; Raymond Chandler in conversation with Ian Fleming in 1958; and an extract from a 1943 radio version of The Maltese Falcon by Dashiell Hammett.

Maybe I find this fascinating because I write a mystery series, love museums, and appreciate the innovation that goes into a non-standard exhibit, but the British Library has created an intriguing display, especially if visited on a dark and stormy night . . .

Art and design is taking off in Kenya, according to the ever-fresh thecultureist.com online magazine.  Both London and Los Angeles will host an Africa Fashion Week this year and Berlin’s Fashion Week will include an Africa Fashion Day. A few of the names that are behind this recognition by the tough-nut-to-crack fashion world are Kenyan designer Anna Trzebinski who will open her first U.S. boutique in New York in late 2013 or early 2014, Nigerian-born Adèle Dejak whose workshop in Nairobi focuses on using sustainable materials for her accessories line, and Penny Winter who sells fashion accessories in Bergdorf Goodman and Neiman Marcus, as well in Browns in London. Watch out Dior and Chanel—Kenya’s cultural fashions are creative, colorful, and wearable.

The cleverness of some folks! Reddit.com “redditor” boredboarder8 superimposed a map of the continental United States on a comparatively-sized image of the moon. The result? The US covers nearly half of the moon. As Robert Gonzalez, writing for website io9.com, said: “A rough estimate, but it’s certainly good enough for government work when it comes to illustrating the Moon’s relative dinkiness. (Or America’s hulking hugeness, depending on how patriotic you’re feeling.)” Take an eye-opening look at America’s final frontier here.