Friday Fiesta: Saving the Food Chain, A Language, Literary Thought and Your Self-Esteem 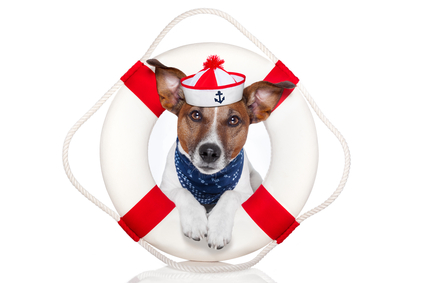 The Fish at the Bottom of Your Food Chain

The Peruvian anchovy, known as anchoveta, lives at the bottom of a global food chain you probably have never thought about. According to AP, the little silver fish “thrives in the cold, plankton-saturated Humboldt Current along the coast of Peru and Chile and accounts for about a third of the global fishmeal industry used to fatten farmed seafood and livestock, from salmon in Norway to pigs in China.” But due to overfishing, the anchoveta population is about half what it was 10 years ago. That’s a serious concern for people who know what a food chain is and Peru is taking action by setting quotas, levying fines for illegal harvesting, and making the fish more accessible to its own population to combat childhood malnutrition. Paul Phumpiu, Peru’s vice minister of fisheries, framed the situation: “It’s a paradox, having a resource so rich that it feeds other parts of the planet but barely reaches Peruvians.” A little fish with a big job, it seems.

Saving the Language of Jesus

Writer Ariel Sabar recently followed scholar Geoffrey Khan of the University of Cambridge through Chicago in his quest to find speakers of pure Aramaic, the 3,000-year-old language of Jesus. Aramaic, the language in which Jesus uttered his last words, is down to its last generation or two of speakers. Khan looks for “elderly folk who had lived the better part of their lives in mountain enclaves in Iraq, Syria, Iran or Turkey” and records those whose language skills have not been diluted by slang or dialects. His work is “an act of cultural preservation and an investigation into how ancient languages shift and splinter over time.” This terrific article, published in The Smithsonian, is beautifully researched and written.  I loved this line: “the sounds of a language in twilight.

Be Proud, Get a Badge

Lifescouts.org is an online social community of people who share life experiences and get real badges for those experiences. You can join the social community and store the story about how you earned a certain badge like Sky Diving, Haunted House, Swimming With Dolphins, etc. More are added every month. Each Lifescouts badge costs 3.00 BPS and comes as a round enamel pin. I love Lifescouts for two reasons: 1. Find other folks who have similar experiences and 2. My daughter realized that she’s accomplished more than she sometimes gives herself credit for. A couple of little pins is a terrific reminder of our Small Victories. And some big ones, too.

A Literary Festival in Myanmar. Really

Myanmar recently held its first literary festival, the Irrawaddy Literary Festival. As reported by Publishing Perspectives, it drew “thousands of attendees attracted by the opportunity to hear speakers ranging from Vikram Seth, Timothy Garton Ash, William Dalyrmple, to the festival’s patron, Nobel Peace Prize winner and worldwide icon for democracy, Aung San Suu Kyi.” It was organized by the wife of the British ambassador to Myanmar, Jane Heyn who saw opportunity in the country’s recent loosening of censorship. Two years ago, such an event—attended by previously jailed writers and others who once had to hand out their works in secret–would not have been possible. While creatives still must tread carefully in Myanmar, the literary festival was “a platform to exchange ideas,” according to Heyn. That can only be a good sign.

← Friday Fiesta: An Artist, An Astronaut and the Unexpected in Nepal and on Kilimanjaro Friday Fiesta: Love, Murder, African Design and the Final Frontier →