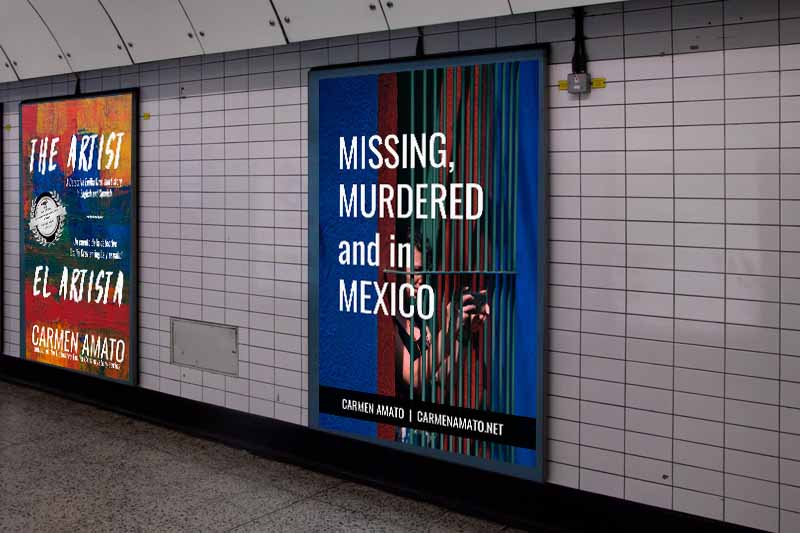 “Women and glass are always in danger.” – Mexican proverb

Imagine if Portland, Maine, or Greenville, South Carolina went missing, simply ebbing away like shadows in sunlight over the course of 14 years.

The official count of people missing in Mexico since 2006 is about 62,000, just under the population size of each of those cities.  https://www.foxnews.com/world/mexico-missing-people-mass-graves-drug-cartels

The real number of missing in Mexico is almost certainly double the official number. Real accounting is elusive and a political hot potato for Mexico City. More than 30,000 went missing in 2019 alone. More than 800 mass graves or “burial pits” have been found with thousands of unidentified bodies. https://remezcla.com/culture/mexico-missing-people-drug-war/

According to official statistics, women account for 25% of the total number of missing in Mexico. They are the nameless bodies discovered in mass graves in the state of Guerrero. They are the hundreds of women lost in Ciudad Juárez, across the Rio Grande from El Paso, Texas. Gone, as if they’d been plucked off the face of the earth by aliens.

They are the Lost Ones of my Detective Emilia Cruz police series. Prompted by her own losses, Emilia Cruz, the first female police detective in Acapulco, hunts for missing women. She keeps records in a binder she calls “Las Perdidas.”

Can fiction help raise awareness? I think so. THE ARTIST/EL ARTISTA, a Detective Emilia Cruz novella won the 2019 Silver Falchion award for Short Story/Collection, the first bilingual work to do so. So many more people are now aware of what is happening because of this award. 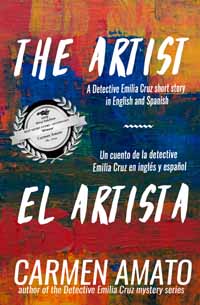 Related post: If you went missing, who would know?

The LA Times reported “In 2019, Mexico recorded 35,558 homicides, of which 3,825 were female victims. Officials classified 1,006 of those killings as femicides. Officials recently issued a statement signaling that femicides were up 137.5% since 2015.” https://www.latimes.com/world-nation/story/2020-03-06/mexico-femicide

Human Rights Watch, however, claims that “Many state and local authorities are unable or unwilling to recognize when gender played a factor in a murder, leading many femicides to be reported under the more widely recognized definition of homicide, which doesn’t identify gender as a motivating factor.”

In short, the number of women murdered because of gender is probably higher than 20% of all women killed. 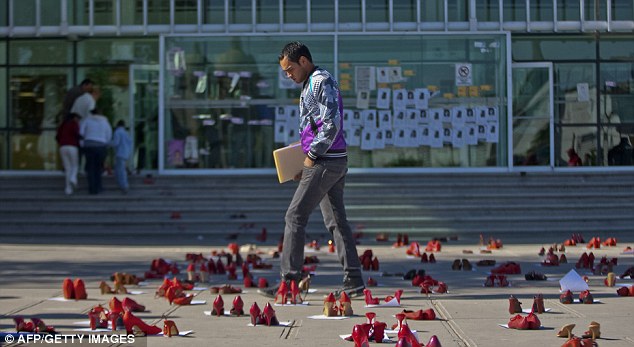 Shoes have become the symbol of the missing in Mexico. Picture courtesy AFP/Getty Images as published by dailymail.co.uk.

Aren’t there laws against that sort of thing?

In 2012, Mexico added femicide to its penal code. In determining if the crime is femicide or murder, the law takes into account:

Public servants found to delay or obstruct investigations into the killings are subject to three to eight years in prison.

If found guilty of femicide, a killer could face up to 65 years in prison, after Mexico’s lower house of congress voted to up the penalty from 45 years. https://www.reuters.com/article/us-mexico-violence/mexican-lawmakers-toughen-penalties-for-femicide-abuse-of-minors-after-murders-idUSKBN20D0BZ

This is better than Nicaragua. When I lived there the penalty for femicide was as little as $15.00. I wrote about it here: The Mary/Mujer Paradox

Even 45 years is a big prison sentence. Why isn’t it working? 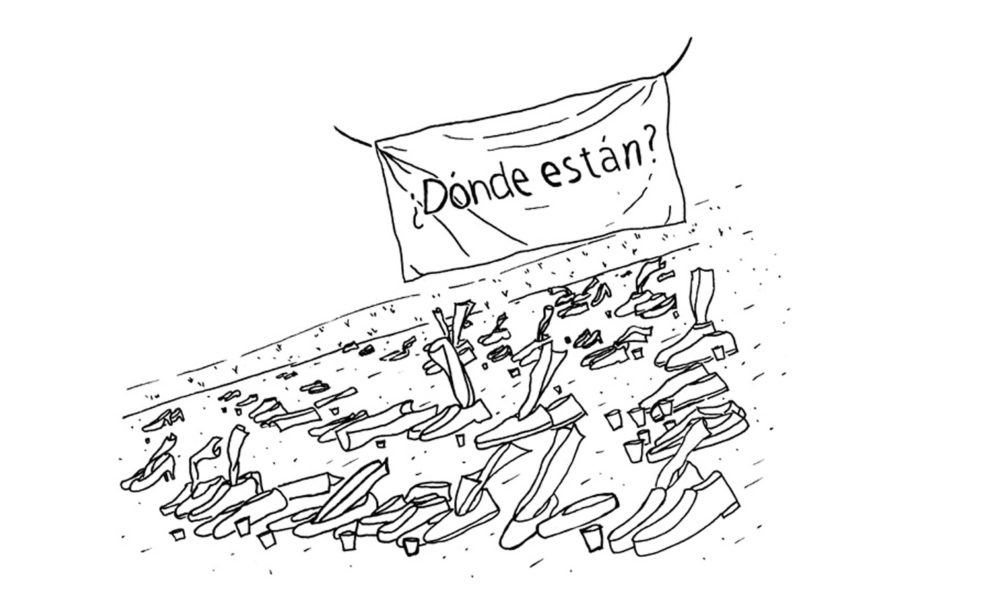 This illustration of shoes of the missing from THE ARTIST/EL ARTISTA asks “Where are they?”

Catch me if you can

Law enforcement in Mexico has a dismal record of catching criminals and putting them behind bars. Corruption is the major factor. There is so much drug money swimming through the system to pay people to look the other way–and the public is so afraid to assist corrupt cops–that few crimes are ever solved.

Corruption within law enforcement has led to entire police forces being disbanded and rebuilt. In fact, according to InSightCrime.org, “An average of 1,688 corruption cases were registered for every 1,000 active-duty police officers in Mexico in 2017, according to a survey conducted by the National Institute of Statistics and Geography (INEGI). That translates to 1.6 acts of corruption for every police officer.” https://www.insightcrime.org/news/brief/entire-police-forces-continue-arrested-mexico/

According to the UK’s Guardian news outlet, 10% of crimes against women are solved. https://www.theguardian.com/world/2020/mar/07/mexico-femicides-protest-women-strike

I think this is an optimistic figure, based on my experience as a CIA intelligence officer helping to fight the drug war. There are law enforcement officers in Mexico trying to “serve and protect” who were the inspiration for Detective Emilia Cruz, but pressure to “take and forget” is omnipresent.

The president, Andreas Lopez Obrador, hardly put an urgent spin on the matter in February when he complained that the femicide issue was distracting from his plans to raffle off the presidential airplane. P.S. In case you wanted to get in on that, the plane remains for sale.

She did not die in vain

The murder of Ingrid Escamilla in February was an unforgettable femicide that surely will become a rallying cry. After an argument, boyfriend Erick Francisco Robledo stabbed her to death, then attempted to cover up his crime by skinning her, removing her organs, and attempting to dispose of various body parts. But overcome with remorse, he confessed to his ex-wife.

Ingrid’s death was publicized by a tabloid newspaper, complete with pictures of her defiled body, with the headline “It was Cupid’s fault.” https://mexiconewsdaily.com/news/maximum-penalty-to-be-sought-for-boyfriend/

I believe that Ingrid Escamilla did not die in vain. Her murder and several others around the same time have helped light a fire that led to demonstrations in February and a “strike” on 9 March to protest violence and the apathy that enables it. https://www.americasquarterly.org/content/why-mexicos-women-are-going-strike-march-9

Detective Emilia Cruz will be there in spirit.

To support the strike and encourage awareness, THE ARTIST/EL ARTISTA will be free for Kindle 9-13 March: https://geni.us/the-artist-el-artista

END_OF_DOCUMENT_TOKEN_TO_BE_REPLACED 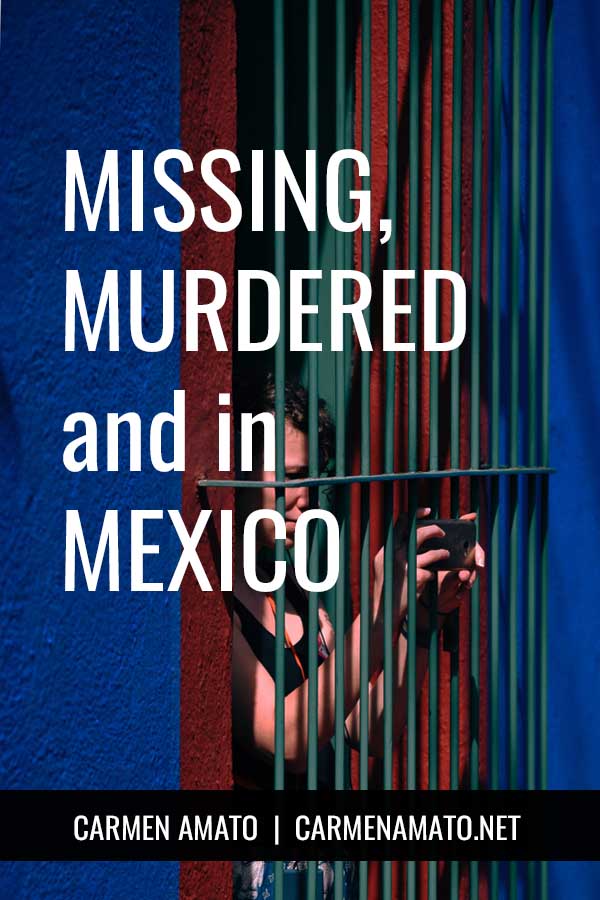