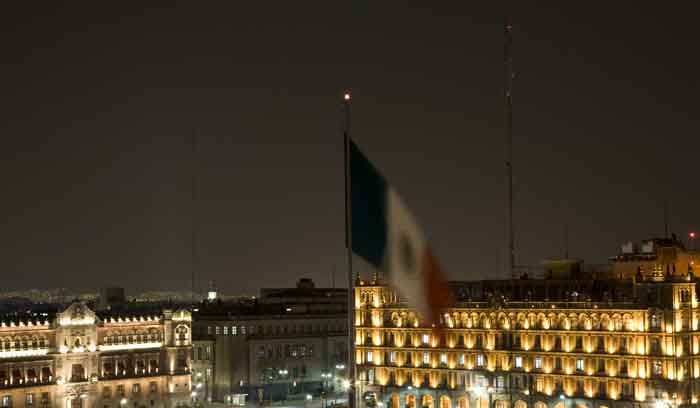 There you are, strolling through amazing exhibits and you know something’s missing.

Wish you’d known more before going? But there wasn’t time. Besides,  research before going to a museum sounds too much like work.

So prep with a little fiction! Have fun and get the backstory before you go by pairing a good book with a counterpart museum. It’s like pairing white wine with fish or a cabernet with a good steak; each tastes better with the other.

Here are some suggestions for pairing fiction books with museums in Mexico City. Just like Corona with carnitas!

Chapultepec Castle and The Last Prince of the Mexican Empire by C.M. Mayo

The museum: Perched on top of a hill, with sweeping views over Mexico City’s western sprawl, the fortress-style castle was home to the ill-fated Emperor Maxmillian I and his empress, Carlota, during the Second Mexican Empire from 1864 to 1867. You can walk through the rooms, which are arranged shotgun fashion–each leading into the other–insuring that no one at the court had much privacy. The gilded, delicate French-style furniture is an indication just how out of touch the royal court was from real life in Mexico. Take the trolley from street level up the hill, otherwise you’ll be too exhausted from the climb to appreciate the museum.

The book: The Last Prince of the Mexican Empire is a fictionalized account of the Second Mexican Empire seen mostly through the eyes of the American woman whose son was adopted (or seized depending on your point of view) by the childless Maxmillian and Carlota in the vain attempt to establish an heir to the Mexican throne. The book is a real gem and shows off both amazingly detailed research into the life and times of the Second Mexican Empire and the author’s ability to create wholly believable historical characters. Get it here.

The Palacio Nacional and The Eagle’s Throne by Carlos Fuentes 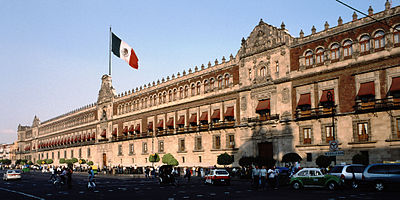 The museum: This long, stately building rises impressively along one side of Mexico City’s enormous Zócalo central square. It is a working government building but visitors flock there to see the famous murals by Diego Rivera that adorn the main stairwell and the walls of the second floor. Grandly titled “The Epic of the Mexican People,” the murals were painted between 1929 and 1935 and tell Mexico’s story from the Aztecs to the worker of Rivera’s times. Above the building’s central doorway, facing the Zócalo, is the main balcony where just before 11:00 pm every 15 September, the president of Mexico gives el Grito de Dolores, the infamous cry for independence from Spain originally made by national hero Miguel Hidalgo. Hidalgo’s church bell from the church of Dolores Hidalgo, Guanajuato, hangs above the balcony.

The book: The murals and the el grito commemoration are integral parts of Mexio’s turbulent and at times visceral political rivalries and history. The Eagle’s Throne, written as a series of letters by a tangled net of political players, is a masterfully crafted inside look at that game. The letters reveal the story bit by tantalizing bit, with allegiances, conflicts, brinkmanship, and manipulation driving the narrative. An amazingly complex and skillful book, there is nothing else that so perfectly takes the reader inside Mexico’s political world. Get it here. 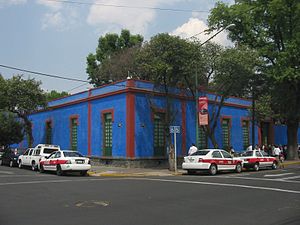 The museum: This cobalt blue house in the artsy Coyoacán suburb of Mexico City was the family home to iconic painter Frida Kahlo and where muralist Diego Rivera also lived during his stormy marriage to her. Kahlo and Rivera were socialist sympathizers and la Casa Azul was an intermittant refuge for Leon Trotsky 1937-39 when he fled Stalin’s Russia. The house contains numerous Kahlo artifacts and pieces of artwork. An outdoor room built by Rivera and encrusted with shells shows just how unrestricted the two were in their creativity.

The book: The Lacuna traces the life of a troubled young American man who was raised (by a free spirit mother) in Mexico City and becomes assistant, chef, and secretary to Kahlo and Rivera. Rich in imagery, poetic prose, and character development, we see the conflict and intimate life of the two artists through his own troubled eyes. Their commitment to Trotsky and the latter’s exile in Mexico City is the real centerpiece of the book. I didn’t love the end, but the novel is a dense, lavish telling of the story of Kahlo and Rivera—and all that had happened in that house. Get it here. 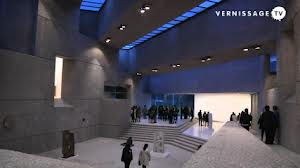 The museum: The Tamayo Museum is the queen of contemporary art in Mexico, drawing A-list international artists and fearlessly promoting new ideas and installations in the art world. A huge curved sign occupies prime real estate on Paseo de la Reforma, Mexico City’s main drag, advertising the museum’s ever-changing array of exhibits. The building itself is a piece of sculpture, a nice contrast to its neighbor, the more stolid Anthropology Museum. Well curated, it is rarely crowded and always gives fresh perspectives. Also, the small restaurant has very good coffee.

The book: In The Hidden Light of Mexico City, anti-corruption attorney Eddo Cortez Castillo talks to housemaid Luz de Maria Alba Mora in front of the museum and mistakes her for an art teacher. Their tour of the museum brings the reader right along, showing the variety of things one is likely to see in the Tamayo, from video installations, to 3-D objects of startling variety and materials, to classics like actual paint on canvas. Like it does to everybody, the Tamayo startled Eddo and Luz but also hugely entertained, leading to an unforgettable conversation about life, history, and love. Of course more happens after that—Eddo’s hunting a corrupt Minister of Public Security and an elusive cartel leader while Luz’s family implodes—but you’ll have to read the book to see how it all works out. The book takes on Mexico’s rigid social system as well as government corruption. Get it here.

Check out tripfiction.com for more ideas.

END_OF_DOCUMENT_TOKEN_TO_BE_REPLACED 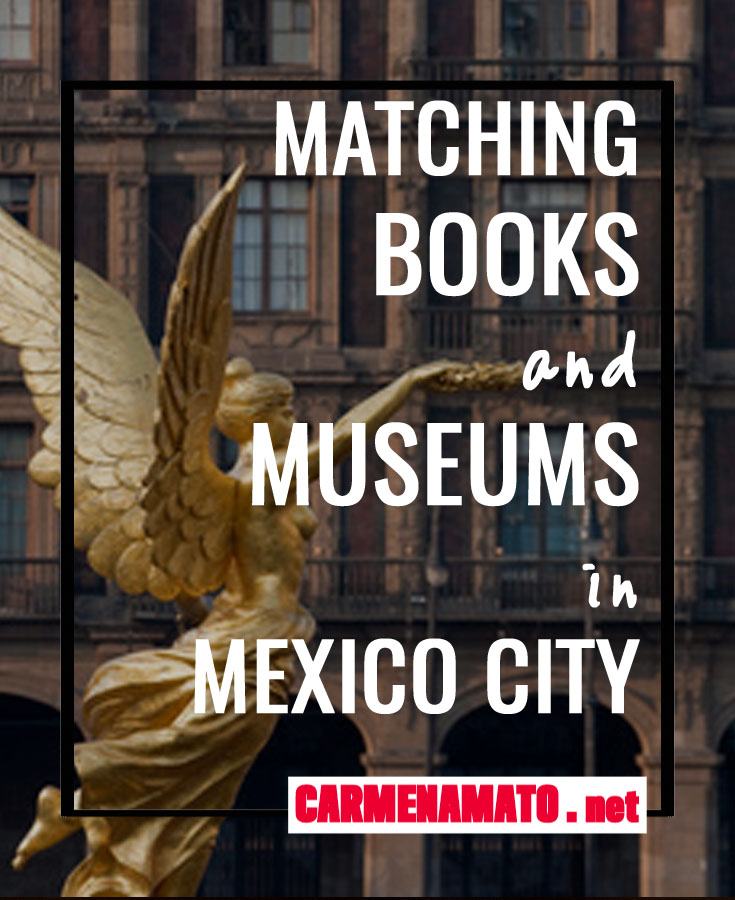