Department Q and The Keeper of Lost Causes 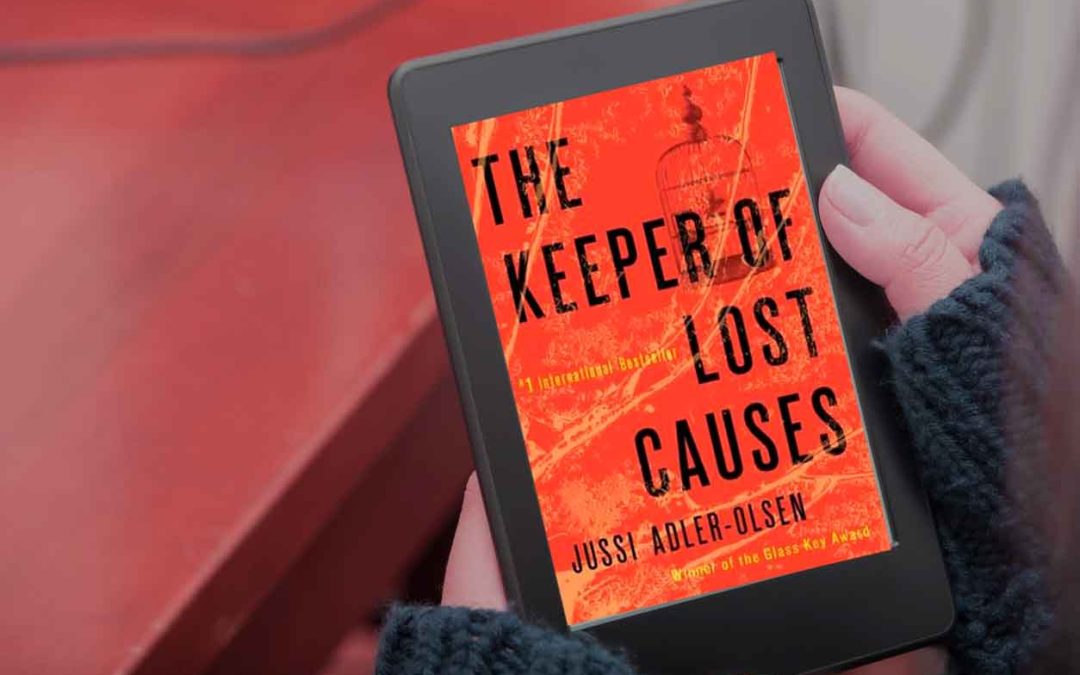 THE KEEPER OF LOST CAUSES, the first Department Q novel by Jussi Adler-Olsen, has toppled Jo Nesbo from the top of my Nordic Noir favorites list.

And I didn’t even know I wanted to go to Denmark.

Some series take a few books before all the pieces are properly in place but Department Q comes at us with all elements fully formed: everyman hero with a wry inner voice, an intriguing sidekick, and an investigative style that relies heavily on pulling threads, connecting dots, and spotting liars.

Detective Carl Mørck returns to work in the Copenhagen Police Department’s  homicide unit after being ambushed and shot while investigating a murder victim killed with a nail gun; a backstory that promises to spool out over the life of the series. One of Carl’s close colleagues died in the ambush and another was left a quadriplegic, who together with a silly ex-wife, hippie stepson, and the guy who rents part of Carl’s house, populates Carl’s appealing inner circle.

In short order, Carl is banished to the police station’s basement with a “promotion” to head up Department Q, a political stunt to sooth public concerns over cold cases. Carl plans to use his new lair to nap and play computer solitaire but real work is expected. Carl quickly realizes he’s a staff of one and corners his boss into giving him help. Enter Assad, a Syrian immigrant hired to mop floors.

Out of all the old files heaped on his desk, Carl picks the disappearance five years ago of an up-and-coming Danish politician, Merete Lynggard. The assumption is suicide, but the case was handled sloppily and there are still leads to run down. While hiding his own past, Assad proves to be uncannily observant and resilient, helping Carl piece together clues and get out of tight situations.

Carl’s point of view alternates with that of kidnapping victim Merete. Clues for Carl are deliberately out of sync with Merete’s experiences, creating a tempo that simply rocks throughout what is a fairly long book.

THE KEEPER OF LOST CAUSES is the start of an addictive series. Over the next few books, Carl’s tiny Department Q basement empire grows in fits and starts, his quadriplegic former colleague offers pivotal insights, and investigative techniques hinge on probing questions and seemingly innocuous details. Carl’s often humorous reflections are counterbalanced by the inner voices of both villains and victims. Assad remains an enigma.

Start with THE KEEPER OF LOST CAUSES and keep going. Department Q needs you.​​​​​​​