William Monk is back and better than ever in A SUNLESS SEA, the latest novel by Anne Perry about the amnesiac cop-turned private detective-turned head of law enforcement on the Thames River in 1860’s London. As always, Perry’s vivid descriptions put us right there–aboard the river police boats, turning up our collar as Monk shivers and water plays about his feet, or on the streets of old London with a wide variety of the city’s denizens from high society spoiled girls to the prostitutes who ply their pathetic trade along the city’s wharves.

The book starts with a bang as Monk is drawn to the edge of the river by screams and discovers the body of a woman who has literally been gutted. His investigation into her identity and murderer leads to a curious set of circumstances and a perfect plot twist along the way that made me read the discovery twice. Like so many Monk books, the ending weaves together careful clues and secondary characters whose motive makes you curl your lip in dismay.

All of the series regular characters get a part to play as Monk tries to unravel the mystery, as usual racing against time to provide evidence at a trial. Oliver Rathbone, the lawyer who defends the accused has his moments in the book as he copes with a dissolving marriage, his still unresolved feelings for Monk’s wife Hester, and damning evidence from a previous case he has inherited. Hester, who had more prominence in earlier Monk books but who still stands tall here as the crusading nurse, helps Monk, further defining her role as an independent woman in contrast to London high society’s gawd-help-us types.

Monk himself has gentled a bit from when we first met him in MAN WITHOUT A FACE. Perry demonstrates his emotional journey quite brilliantly. Read the Monk books with Daniel Day-Lewis in mind; I’m quite sure if the author had a movie dreamcast he’d be her pick for the role.

Like some of Perry’s books, there is some repetition in A SUNLESS SEA as characters spend time mentally rehashing known facts, as if the author wants to keep reminding us of the action so far. But like all the Monk books, it is full of great characters, a well-done historical setting, and an outcome that leaves you wondering when the next book is coming out. A great addition to the series. 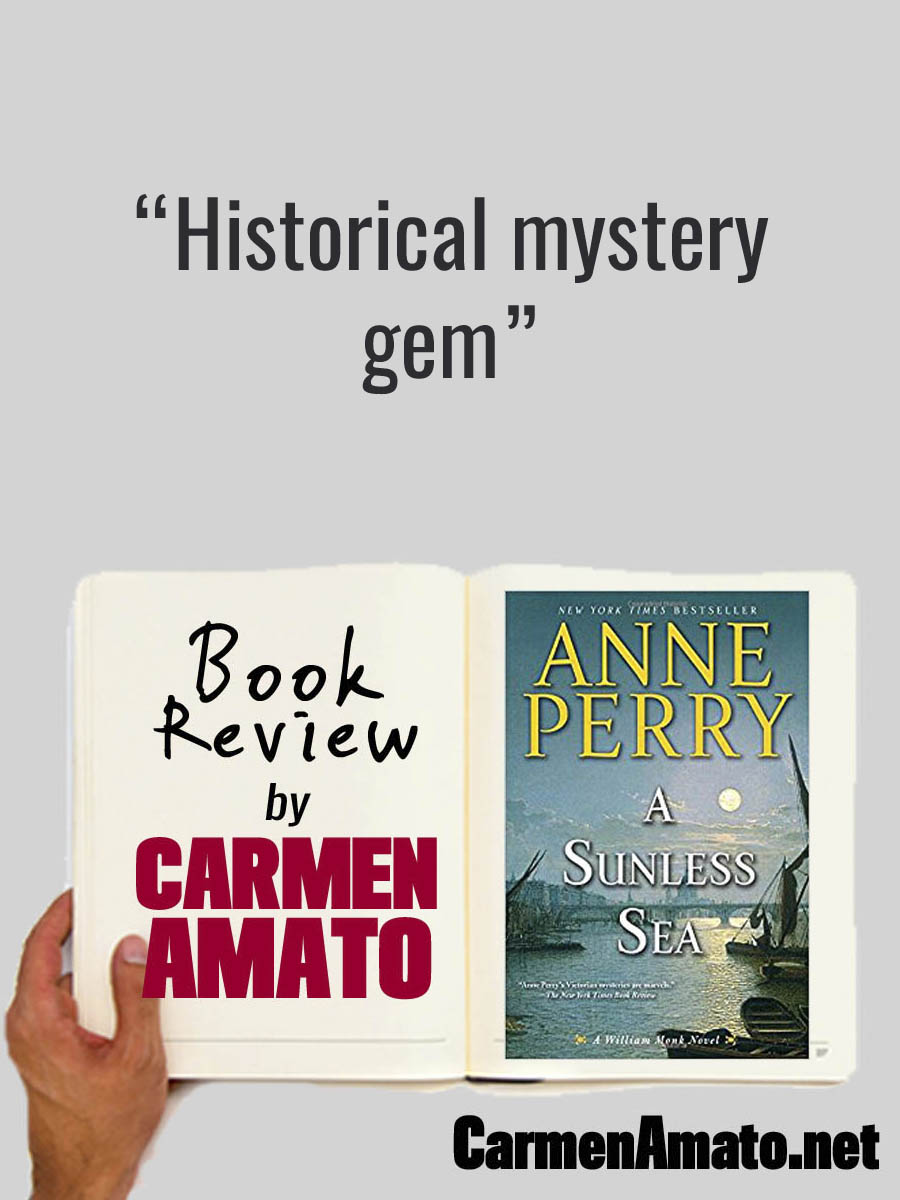 ← The Girl on the Cutting Room Floor Book Review: Cold Service by Robert B. Parker →