Ford is the author of five collections of short stories and eight novels, including the acclaimed Frank Bascombe series. The second novel in the series, Independence Day, won the Pulitzer in 1996

In his acceptance speech at the Fitzgerald festival, Ford was humorous and articulate, with a soft Southern sway to his voice as he described his writing journey from Mississippi to New York.

I took notes as he talked. Ford drew laughter several times from his rapt audience, but he had a message about writing that resonated for its gently forceful lesson for authors. Ford said that ordinary human beings can write great books but that it takes great discipline. His exact words were: “A sternness I live with and have learned to enjoy.”

As an example of this, Ford described how before he writes a book, he creates a tabbed binder full of research on characters, location, and events. All this research—which might take more than a year—is needed to get the book’s concept and setting firmly fixed in his head before he writes anything. Validation! I do something similar except that I use an archive box.

Ford also declared that as an author, he “authorizes.” For him, there is no such thing as the characters “taking over” the story. As a writer who writes to an outline, this really resonated with me. Ford also claimed that literature is most interesting “when the villain says something true.” I liked that pronouncement as well and have enough dialogue under my belt to that this type of writing cannot be achieved by letting characters meander “unauthorized” through the story. Bottom line: discipline.

I pulled out my notes of Ford’s talk when I saw his article on assessing short stories in the 18 April 2016 edition of America magazine. After discussing how and why to define short stories, but cleverly managing to avoid actually doing so, Ford took the reader’s point of view to tell us why an author’s “sternness” matters:

Thank you for putting it so perfectly, Mr. Ford!

You, dear readers, are sharing your “precious attention.” I hope that myself and fellow writers offer you valued entertainment–be it humor, excitement, curiosity, joy, or a tingle up the spine–in return.

END_OF_DOCUMENT_TOKEN_TO_BE_REPLACED 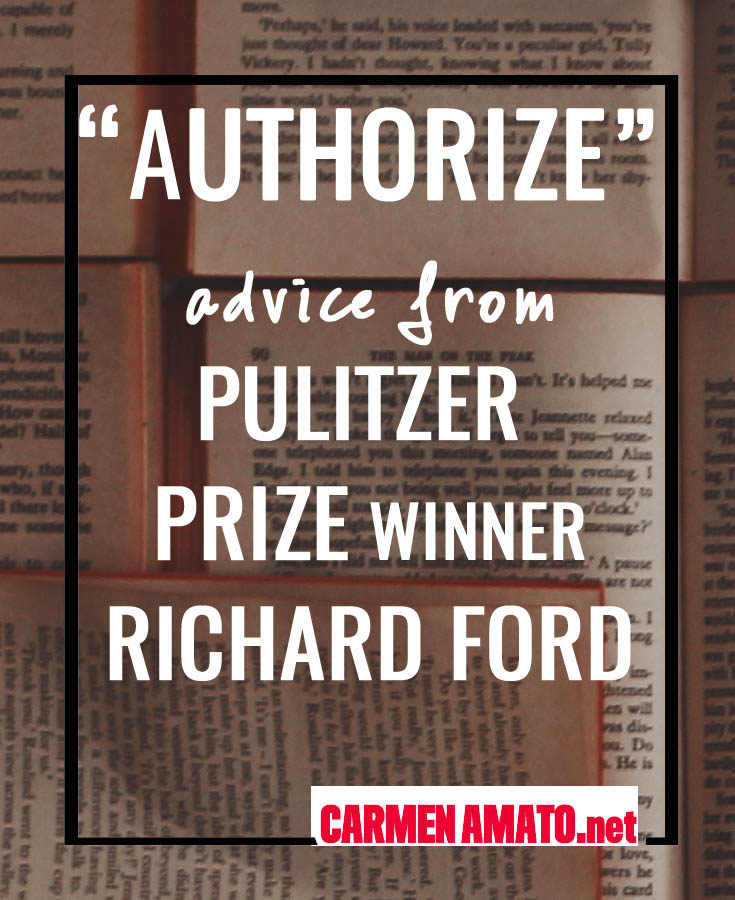