The Book Savor series is new to this blog and grew out of my passion for good books, good friends, and great discussions about what we are reading.

And what is the best way to get those great book discussions going? With some thought-provoking questions of course!

Jason Sullivan: Reading the Foundation Series by Isaac Asimov was a huge moment for me as a kid. I was thoroughly enthralled by the magnificent world-building of Asimov and his vision of a galaxy-wide civilization in peril. I found his focus on the interpersonal as the basis for great societies very compelling. In the Foundation Series, Asimov convinced me that psychological drama is far more exciting than spaceships having laser battles. 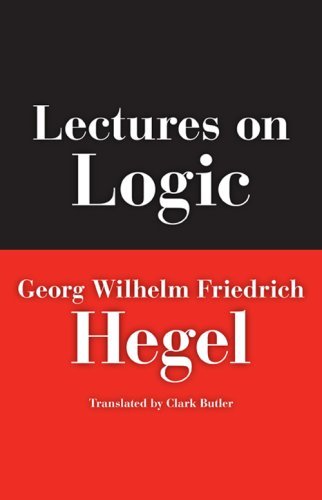 JS: I would probably want Hegel’s Logic, because if I were to be alone for hours, days, months and years, I might have enough time to finally figure it out, or at least go mad trying. Journey to Ixtlan by Carlos Castaneda, as I could perhaps use the mystical journey described within as a sort of spiritual workbook for my explorations. Finally, a gem by Richard Brautigan, entitled, So the Wind Won’t Blow It All Away. This is a tragic, humorous, beautiful and haunting book. I could read it many, many times.

JS: With Napoleon in Russia: Faber Du Faur. I recently came across this luxurious oversized book that includes beautiful and unposed paintings of Napoleon’s ill-fated invasion of Russia. You feel as though you are marching alongside Napoleon’s army, seeing what they saw and feeling it as well. Although a tragic event, these paintings have an unpretentious quality and are a window onto a moment in history. The book also reminds us of why it is sometimes better to stay at home and leave world conquering for another day.

JS: Without a doubt, my choice would be Edgar Allan Poe. For dinner, we would have the Mid-Atlantic specialties of Silver Queen corn and extra-large Chesapeake Bay crab cakes. We would discuss Virginia and Maryland, an area we both know well. I would have secured a bottle of the finest cognac for after dinner. Once the first glasses of cognac were finished, we would sit by a roaring fire and begin to talk about everything imaginable. We would discuss Romanticism and poetry, delve into his seminal influence in Science Fiction and Mystery, and as the shadows begin to make ghastly figures upon the wall, he might share a word or two about the genre for which he is most famous – Horror. I would also want to hear his views on some of the major events that occurred after his death, such as the Civil War, the Industrial Revolution, the two world wars, technology and globalism. I would bring up a few things of particular interest to me. For instance, what are his views on the nature of time and affection, and what were the circumstances surrounding the writing of “A Dream Within A Dream”? He might mention what transpired during those last few days in Baltimore, but I would not ask about this. Finally, in the early hours of the morning, as the fire drew down, we would dare to speak of the eternal secrets … before falling asleep in our chairs to the glow of the last few dying embers.

JS: From the Foundation Series by Isaac Asimov, the psychohistorian Hari Seldon said, “Violence is the last refuge of the incompetent.”

I like surrealist paintings. I have discovered that words piled like blocks on a sheet of paper (or on a computer screen) do not inspire; instead, I try to find them alive and animated within my experiences and environment. Finally, I am hopeful that the world will be a more peaceful place in the not too distant future.

More about this week’s guest: Besides knowing more about Edgar Allan Poe than the rest of us, Jason runs the review and flash fiction site DifferentOutcomes.net.