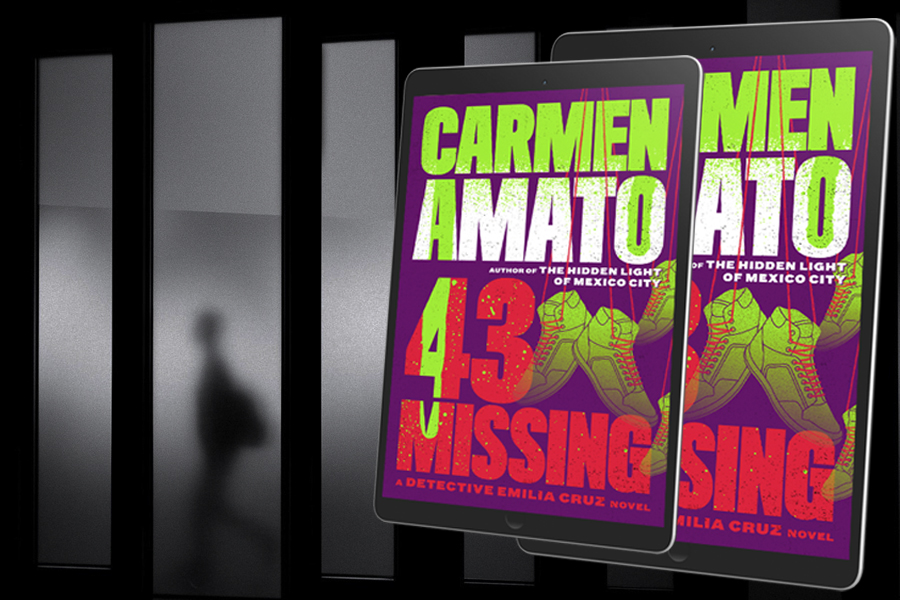 My most recent book, 43 MISSING: Detective Emilia Cruz Book 6, was inspired by the events of September 2014 when 43 students from a teacher’s college in the town of Ayotzinapa, near Acapulco in Mexico’s state of Guerrero, disappeared in the nearby town of Iguala. The book was a finalist for the Silver Falchion award for Best Procedural of 2017 from the Killer Nashville International Mystery Writer’s Conference.

To mark the 4 year anniversary of the Ayotzinapa tragedy, I will donate $1.00 to the National Center for Missing and Exploited Children for every review posted on the book’s Amazon site during September-October 2018.

Four years ago this month, the crowd of students from Ayotzinapa were looking to commandeer buses to take them to an annual student rally in Mexico City which commemorates a deadly student-police clash there in 1968. The young men were probably loud and rowdy as they begged on the streets for tuition and gas money.

They found some buses and headed out of town, but the buses were attacked by local police. The students were seized. Some ran away and were hunted down. Very few escaped.

Forty-three of those students were never seen again.

Over the past four years, arrests have been made, so-called confessions obtained, and multiple motives have been offered. One of the most believable explanations is that the police were working with a regional drug gang. The students had unknowingly taken the buses used to transport drugs. 43 MISSING veers toward this answer, but takes it a step further.

Many now believe that the police handed the students to a notorious drug gang which killed all the young men, chopped up their bodies, burned the parts, then threw the remains into a remote gully.

Incidentally, the police chief of Iguala went into hiding and was arrested two years after the crime. He was found–where else–in Iguala.

As the countryside around Iguala was searched over and over for the bodies of the 43 students, over 200 unidentified bodies were found, relics of Mexico’s drug cartel violence. They did not belong to any of the 43 missing students.

The Ayotzinapa tragedy might not be the worst thing that has ever happened in Mexico. But as a writer and a mother I can’t let it go.

The uncertainty of being a parent and not knowing what happened to your child eats at my heart. I think about the horrible images going through the parents’ minds as information dribbles out about what might have happened. The dawning realization that their children died in pain and fear and that their bodies were brutally desecrated. Official blundering and obfustication to the point that little the government says about the tragedy is credible. For these parents, there is little recourse besides prayers, rallies, and protest marches. What influence does a poor rural family have when even the Organization of American States threw up its hands?

Researching the Ayotzinapa tragedy as I wrote 43 MISSING led me to the plight of other families dealing with a missing child. This fundraiser for the National Center for Missing and Exploited Children aims to use the power of one small book to help.

Please write a short review of 43 MISSING. Remember, I will donate $1.00 for every review posted through 31 October. Let’s help find the missing.

I will be announcing the result to readers of Mystery Ahead newsletter on 11 November. If you would like to subscribe to Mystery Ahead, you can do so here: http://carmenamato.net/mystery-ahead/