9 Mystery and Thriller Authors Tell All

These 9 friends are all at the top of their game when it comes to fast-paced mystery and thrillers that veer toward the dark side.

Check out their original interview link, and what they’ve been up to since appearing on this blog and/or in the Mystery Ahead newsletter. Listed in alphabetical order

2019 has been a whirlwind of activity for this author who juggles two thriller series. In January her octogenarian parents moved into the apartment in her backyard, lending an interesting (and happy) dynamic to the life she shares with partner Mark.

She also released Absolution, the 8th book in the Leine Basso thriller series. Readers had been waiting patiently (and some not so patiently) since the novel Dark Return to find out what happened between Leine and her arch-enemy, the French-born terrorist, Salome. Absolution is the page-turning wrap-up to the trilogy-within-the-series that started with The Last Deception. (The Leine Basso series is now exclusive to Amazon, allowing for members of Kindle Unlimited to access the books for free.) The 9th book in the series, titled Dakota Burn, will be shortly.

As for the Kate Jones series, due to reader demand she’s considering writing another installment in the series over the next year or so and is really looking forward to revisiting Kate and the other characters again!

Since being featured here in May 2016, David’s writing life has been bursting with activity. In 2017, he was selected for the prestigious Clarion West Writers Workshop, a six-week “summer camp” for professional short fiction writers. He’s also half of The Two Navy Guys thriller writing team of David + retired naval intelligence officer J.R. Olson.

Following the success of Weapons of Mass Deception and Jihadi Apprentice, their third national security thriller, Rules of Engagement, was published by St. Martin’s Press in June 2019. This novel of North Korean cyberwarfare was called an “utterly authentic portrayal of modern day combat that compares with the best of the timeless classics by Tom Clancy, Dale Brown, and Stephen Coonts,” by #1 New York Times bestselling author Marc Greaney. 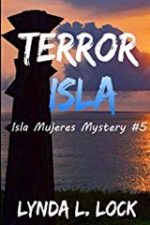 Mexico and mayhem from her #friends interview

Lynda lives on Mexico’s idyllic Isla Mujeres, where her mystery series is set. Between her books and her hugely popular blog, she is probably the best “author brand” around. It’s been a very productive year for Lynda with the publication of two new Isla Mujeres Mystery novels: Temptation Isla, Book #4, and Terror Isla, Book #5.

Her real-life beach mutt, Sparky, is one of the main characters in the novels. He typically manages to drag his imaginary human pal Jessica Sanderson through a jumble of murder, romance, revenge, and drug cartel drama. When Sparky isn’t busy tracking down the bad guys, he is usually pestering Lynda for a ride in her island golf cart. 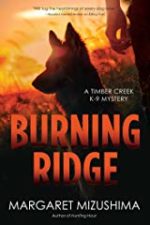 Margaret’s interview was exclusive to the Mystery Ahead newsletter. Subscribe here.

Margaret’s 4th Timber Creek K-9 Mystery, Burning Ridge, won a Colorado Author’s League award for e-book fiction, Gold medal in the Next Generation Indies for action adventure, Silver in the Benjamin Franklins for mystery, and Bronze in the Foreword Indies for mystery. WOW! It was also listed as a Best Book of 2018 by King’s River Life and was named a finalist in the Colorado Book Awards, the Silver Falchion Awards, and the Women Writing the West 2019 Willa Awards for contemporary fiction.

As if all that wasn’t enough, Margaret was surprised and overwhelmed with gratitude when the membership of Rocky Mountain Fiction Writers elected her 2019 Writer of the Year. Despite all this hoopla, the 5th Timber Creek K-9 mystery, Tracking Game, releases November 12, 2019, with a 6th book slated for next year.

I recently caught up with Jim at the Killer Nashville conference, where he was fresh off the success of his 3rd Ed Earl Burch novel, The Best Lousy Choice. My own review said “Raw, lusty, rough-edged — and yet, tremendously literary. Descriptions paint vibrant word pictures.” Burch, a cashiered Dallas vice and homicide detective, is an emotional wreck in this story, hosing down nightmares from his last case with self-prescribed doses of Percodan and bourbon.

Eking out a living as a PI, he’s broke and forced to take on the type of job he loathes — divorce work, tracking down the wayward husband of a rich West Texas woman who sheds spouses like a rattlesnake sheds skin. When a prominent rancher dies in a suspicious barn fire, the man’s outlaw cousin asks Burch to investigate.

Jim had a lot of fun writing this one and is already plotting Book #4 in the Ed Earl Burch series. He says readers seem to like the boy — he’s a classic American anti-hero. Ornery, tough, lusty, profane and reckless. Agreed. 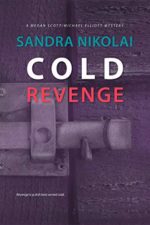 It’s been a hectic year! Sandra published Cold Revenge, Book 6 in the Megan Scott/Michael Elliott Mystery series. As a psychological thriller, it marked her sleuths’ most thrilling challenge yet—and her own! To add to the daily ritual of keeping in touch on social media, she opened a new Instagram account. As part of a local authors group, Sandra visited libraries for Q & A sessions, held book-signing events in the Ottawa area last fall, including a 3-day tour.

Next on the agenda? Plotting more devious dilemmas for ghostwriter Megan Scott and crime reporter Michael Elliott in Book 7. Sandra’s blog posts offer lots of tidbits about those daring sleuths and their exploits. New subscribers can sign up for Inside My Writing World newsletter on Sandra’s website to receive her latest book news—PLUS free chapters and a short story! 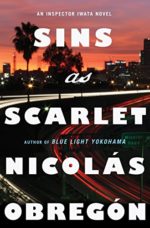 My take on Blue Light Yokohama

Set in modern Japan, Blue Light Yokohama, the first in the Inspector Iwata series, came out in 2017 and was published in 8 countries. The Book Nook (NPR Radio) said “Once in a great while, I’ll stumble upon a debut novel that is so freaking brilliant I just want to scream. Blue Light Yokohama is stunning.” The sequel, Sins As Scarlet, was released in 2018. Jeffery Deaver called it “a masterpiece” while AJ Finn said, “I’m awestruck” and the Associated Press labelled it “stunning.”

Nic can’t release too many details at this stage, but Sins As Scarlet has been optioned by a major Hollywood producer for TV adaptation. (!!) Meanwhile, the third (and final) Iwata book is slated for release on 28 Nov 2019. Nic’s next book will be a standalone novel published by Penguin Random House.

Dan is one of the hardest working authors I know. In the last year he’s released five books in the Luca Mystery Series including A Cold Hard Case, Cop or Killer?, Silencing Salter, and A Killer Missteps. Four of the new books reached Amazon best seller status in their categories. In addition to a Luca Mystery Series boxed set, he’s wrapping up book 9, out in October.

As if all that activity wasn’t enough, Dan had new covers designed for two unrelated novels and an audio version of another produced.

He claims that while this much activity may seem “machine-like,” it’s the hours put in and learning from mistakes which make it possible. 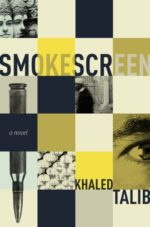 For nearly 2 years, the Singapore based thriller author of Smokescreen, Incognito, and Gun Kiss was the most popular #friend interview on this blog. The secret is in his answer to the interview question “You can invite any author living or dead to dinner. Who is your guest and what will you be serving?” Read the answer and your dinner party will never be the same.

Also the author of short stories and collections of wise sayings, Khaled recently completed a new crime novel set in South Australia. The story is different from previous thrillers as he wanted to invoke the Australian state’s social and cultural milieu. Khaled handled South Australia’s external public relations account for a decade, so is very familiar with the region. At the same time, he is writing the sequel to Gun Kiss and enjoying the flow of the story. 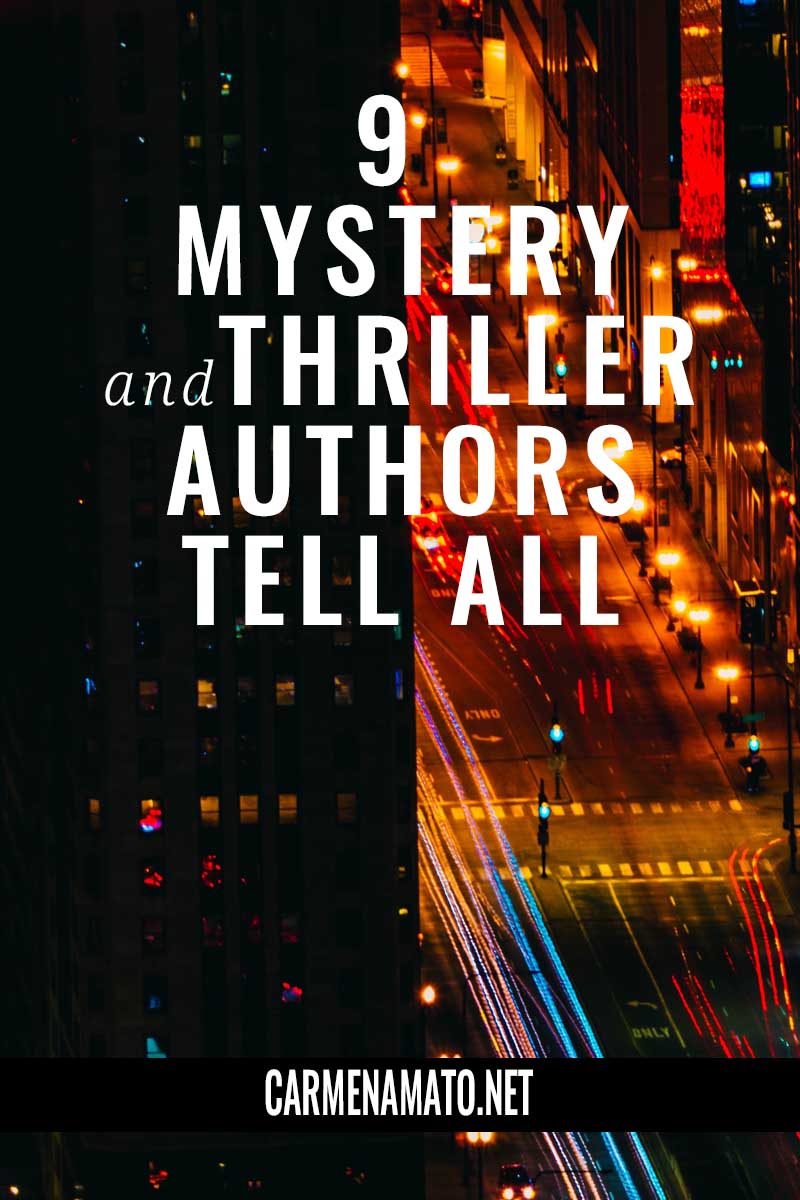