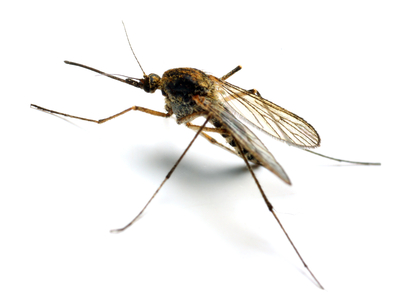 I’m tiny, innocuous, and I killed over 22,000 foolish Frenchmen who thought they could build a canal in Panama. I gave them malaria and yellow fever and they went away.

I’m tiny, innocuous, and I still roam at will, spreading malaria across the world, debilitating millions, giving them fevers, keeping them from working, killing when I can.

There are people out to get me. More than 100 years ago, an army doctor named Colonel William C. Gorgas showed what it took to keep me away.

As American engineers cut through Panama in a renewed attempt to build a canal, Gorgas galvanized a medical corps. They burned sulfur or pyrethrum, sprayed insect-breeding areas with oil and pesticide, draped mosquito netting over beds and screened windows, and implemented measures to reduce stagnant water where mosquitos breed. Over 5000 still died from disease before the canal opened in 1914 but today Panama is malaria-free and the canal is undergoing a second huge excavation that will more than double the global shipping capacity going through it.

Today is World Malaria Day–or rather anti-malaria day!– and we need to get more communities doing what Gorgas did. Everyone from Shaquille O’Neal to Compassion.com’s Bite Back initiative Bloggers is raising awareness. If we knew how to get rid of malaria over 100 years ago, why does it still exist today?

Check out more about countering malaria on the Huffington Post’s The Big Push page.

Fast-moving plot . . . consistently exciting . . . A clever Mexican detective tale that will leave readers eager for the series’ next installment.–Kirkus Review

Get Cliff Diver today on amazon.com