Book Review: The Witch of Napoli

The Witch of Napoli by Michael Schmicker is an unexpected trip to 1890’s Italy, when Garibaldi’s unification of the country was still tenuous and Italy’s city-states retained their strong regional rivalries and flavors. At the same time, the study of the occult was all the rage. The reality and authenticity of the spirit world–and those who could access it–was hotly contested. Fame and fortunes were at stake in this historic time of debate about the afterlife.

The book is narrated by a young man, Tomas, who will rise to journalistic fame on the coattails of a medium. Alessandra is a beautiful woman with an explosive temper, seamy past, and abusive common-law husband, but her apparent psychic powers are mighty. Both she and Tomas are from Naples, where the action starts, and together they navigate treacherous waters as the Italian, and then European, cognoscenti try to prove if Alessandra’s remarkable power to connect with the spirits of the dead, including medieval monk and heretic Savonarola, are for real.

Schmicker is adroit in his handling of the central question—is Alessandra for real?—as Tomas describes her séances. Alessandra is a marvelous character, true to her rough upbringing and the culture of old Naples. She is by turns conflicted, fiery, confident, sick, in love, desperate—yet always remains true to herself as she hides both a secret anguish and the source of her psychic abilities. Tomas is also well drawn. He’s a young man ready for life’s adventures, half in love with Alessandra, and increasingly protective of her even when he knows she has made a bad choice.

Related: Learn how to write a book review that matters

The Witch of Napoli, beyond its absorbing premise, is an excellently crafted book. Alessandra’s nemesis, a haughty Englishman bent on proving her a fraud, is introduced with just the perfect amount of suspense. Chapters end on cliffhangers. Secondary characters are as well written as the principals, with deft descriptions. The sense of time and place is exceptional as Alessandra’s skills as a medium are “tested” in many European capitals. London proves her undoing . . . until she’s back in her native land.

The discussion of the occult is never mawkish nor amateurish, yet neither is this a book about spiritual secrets. At its heart, the Witch of Napoli is about a woman with secrets and the wave of political and academic curiosity that tried to wash those secrets out of her. In a note at the end, Schmicker lets us know that the book was inspired by a real woman and provides research material.

I love reading mysteries and thrillers, as well as writing them, and this book contained all the elements I crave: a fresh premise, characters that intrigue, and both elegant and exceptional dialogue and construction. Bravissimo! 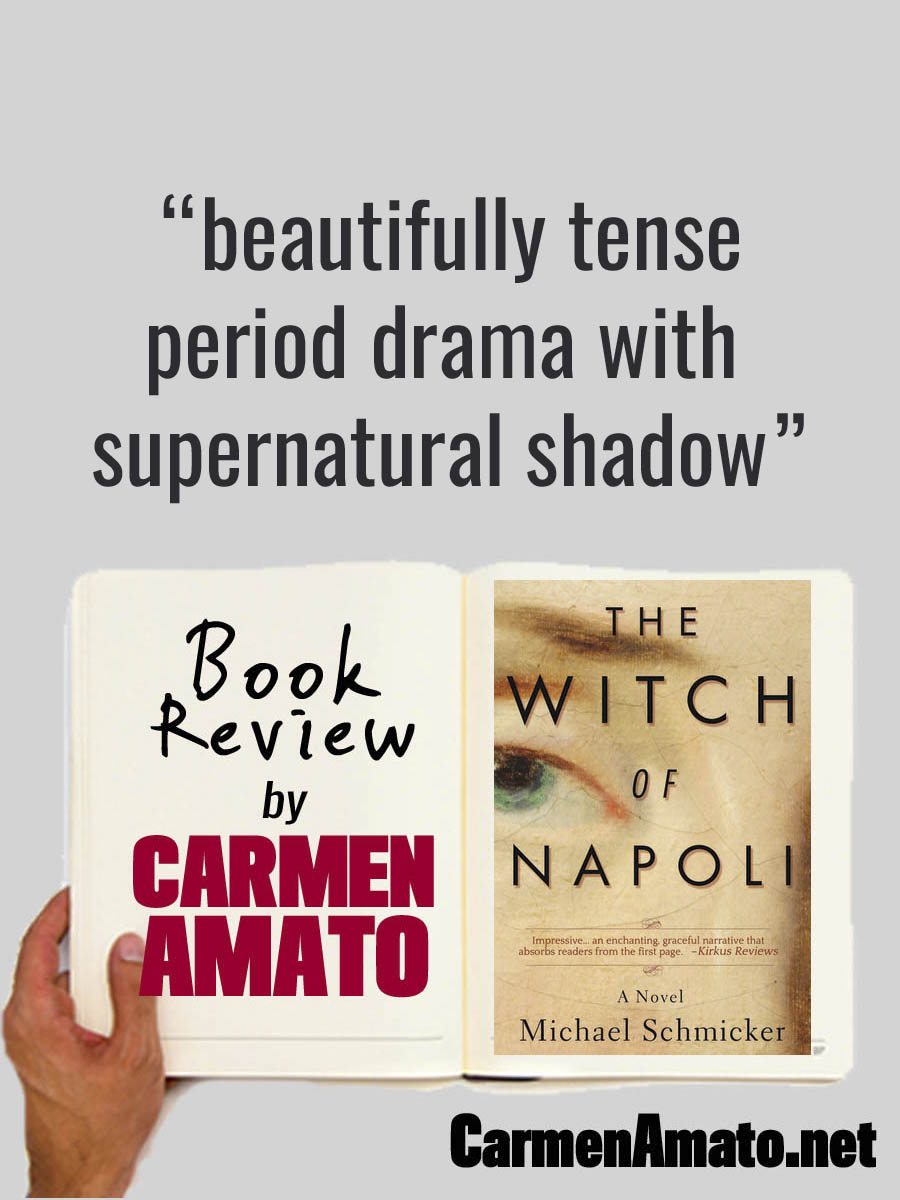