Who do I write for?

This was a simple question posed to me a couple of months before The Hidden Light of Mexico City was released and it was simple to answer.

Well, not just a readership of one! But when I started writing, it was for myself and all my girlfriends in Mexico City who watched the dance of Mexico’s social classes and wondered what would happen to the country in which we’d invested so much of ourselves.

We were smart, educated, and capable women from different countries: the US, UK, Germany, Switzerland, Portugal, Australia, etc. Although we had different nationalities, we had one thing in common: we were all from cultures that embraced and practiced gender equality.

All of us found that wasn’t the case in Mexico, although I hope things have improved since then. But at the time, we often found ourselves talking about people and situations we encountered in Mexico City that made us uncomfortable because inequality was so tolerated.

These conversations really inspired me, at first to write a non-fiction book, and then later to change it to a novel that would entertain as it informed.

Does that describe you? 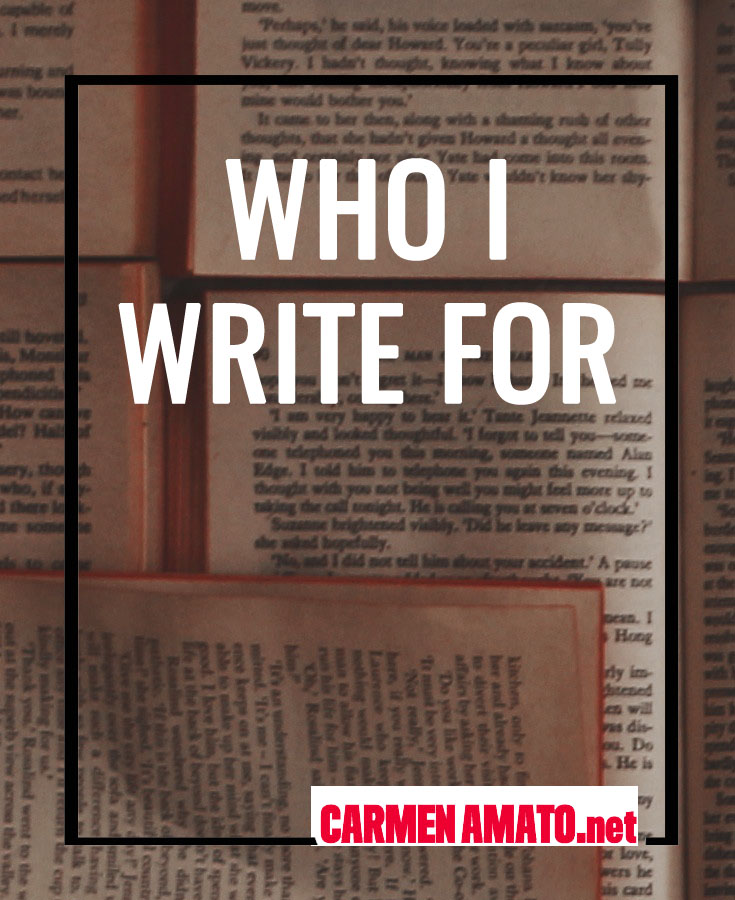