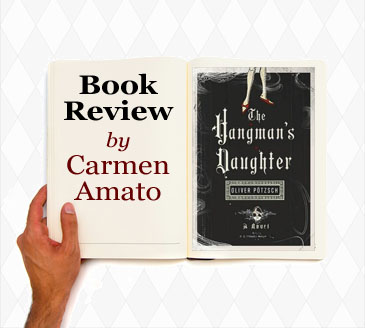 THE HANGMAN’s DAUGHTER by Oliver Pötzsch is a medieval murder mystery set in Germany. It is post-plague 1659, a few years after the end of the Thirty Years War, and children are being murdered in the small village of Schongau.

It’s the first in a series by the author, all dark, medieval mysteries with deep plots, authentic atmosphere, and touches of superstition.

The local hangman—responsible for carrying out civil punishments like executions and torture as well as trash pickup—is Jacob Kuisl. He’s a self-educated man shunned by the town’s respectable folk, all except the young doctor in town who is smart enough to realize that Kuisl knows more about the human body than the so-called educators at the university who are prevented by religion and superstition from knowing the true healing arts. The doctor is also in love with Kuisl’s daughter, who despite the title of the book is a secondary character.

This isn’t my usual reading fare but I was given the book by a friend and intrigued enough to finish reading to the end.  To the author’s credit, the descriptions of medieval Germany were excellent; you are really dropped into the setting and it is wholly believable. The townspeople think that the children are dying as the result of witchcraft and that the devil is walking about. The bad guys are stinking bad, an innocent   woman accused of witchcraft is caught in the middle, Kuisl is determined to avoid having to kill her as part of his job, and a couple of secondary characters are sufficiently painted gray to get you wondering if they aren’t somehow involved.

And then we have the end. There is a great climax which pits Kuisl against the worst bad guy. Then there’s a mopping up of small details that serve as a warning for authors not to get too caught up in the arcane. Supposedly a tapestry was a clue but it showed someone pooping gold? The bad guy’s mentor was a virtually invisible character? My apologies to the author if I didn’t understand all the nuances along the way but I might have gotten bogged down in the constant reminders that Kuisl is the hangman, that he’s shunned by other villagers, that the townspeople are simple and superstitious, and that everyone is afraid of the devil.  Every once in a while I was reminded of the scene in Young Frankenstein where the villagers come to the castle . . . Did you make a yummy noise?

For all that, it is a unique book and gives a great sense of life in medieval Germany. It is based on the author’s own family history, which gives it an added element of interest. 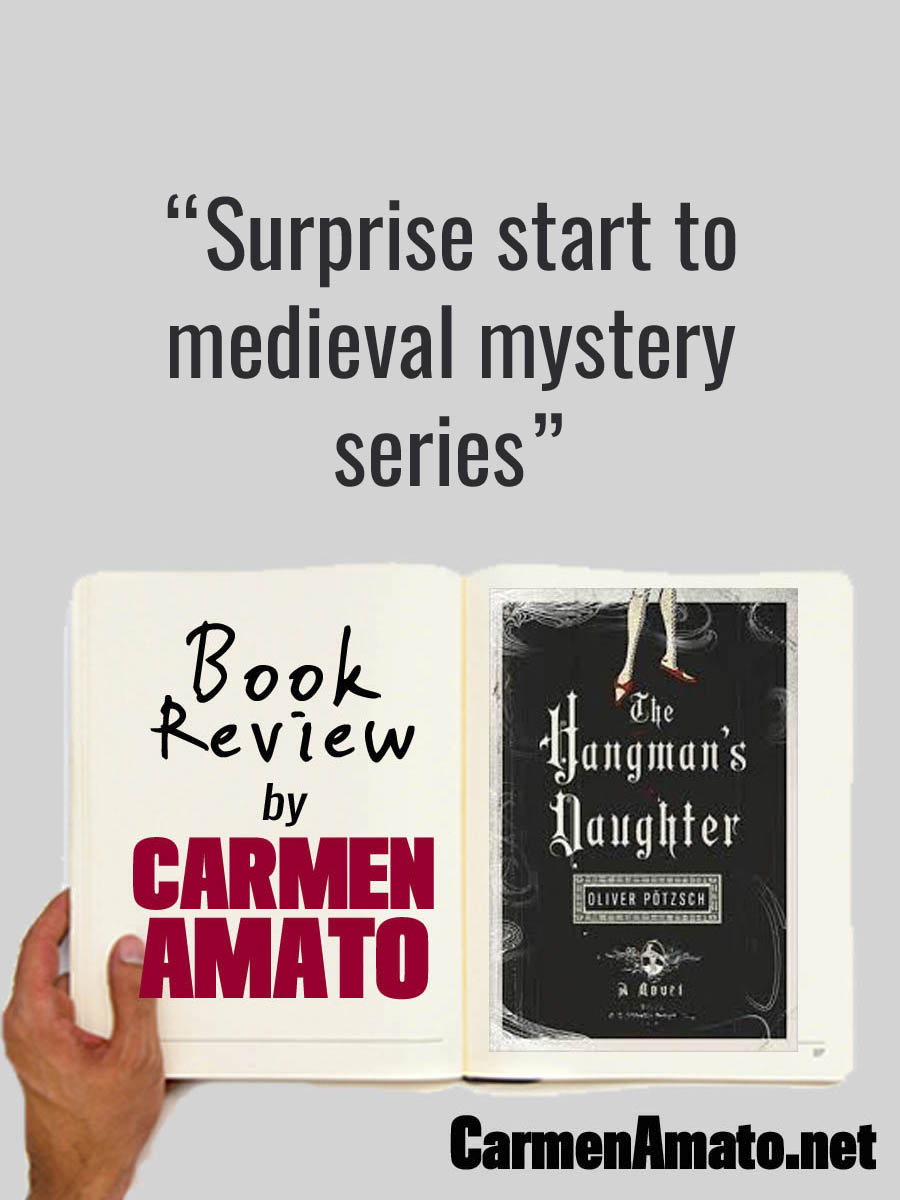 ← A Lesson from The Great Gatsby Book Review: Blood of the Wicked by Leighton Gage →