The Friday Fiesta: A Ride, A Book, Olives and Remembrance 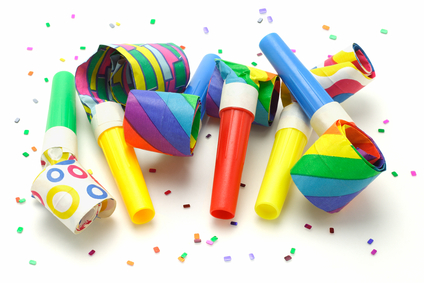 As a fiction author I love to weave unique cultural gems into the plot. Most of the time I draw on my own world travels and experiences living in Mexico and Central America.

The world’s longest and highest cable car service will reopen early next year in Merida, Venezuela, according to a BBC report. The cable system is more than 7 miles long, rising to more than 15,330 feet above sea level at the summit of Pico Espejo — one of the highest peaks in Venezuela’s Andean mountains. Originally built in 1960, the trip of around 2 hours takes intrepid travelers from Merida to the magnificent scenery of the Andes. From the report: “On a clear day, the craggy outcrop of Pico Espejo — where the resident Virgin Mary statue is sometimes covered in ice — provides panoramic views of the surrounding range, as well as a bird’s-eye view of Merida in the distant valley below.” Equal parts amazing and scary.

TheWorldisWaiting.com blog gave us a unique take on war museums this week, including some little known museums that capture events and places that are all too easily forgotten. I’ve been to three museums on the list: the Imperial War Museum and the HMS Belfast, both in the UK, and the Checkpoint Charlie Museum in Berlin and recommend them all. But of special note is the JEATH Museum, Kachanburi, Thailand. “JEATH stands for Japan, England, America, Australia, Thailand and Holland, which represent the nationalities of the prisoners of war forced to work on the construction of the famous Bridge on the River Kwai.” It wasn’t just a movie.

In the same vein, here’s my blog post on resistance museums.

Did you know how olives are gathered to make olive oil? Check out the blog post by @ItalianNotes for beautiful photographs and a video on how “In our part of Puglia the old contardini swears by the scopetta. With an old organic broom they sweep a circle around every single olive tree making the red earth hard, smooth and clean, so that olives can easily be gathered, when they are ripe and ready to fall off the tree.” The post is lovely—a simple snapshot of a an industry that reminds us of the value of tradition and the calm that comes from living close to the earth.

The First Book and it’s Not the Bible.

John Wainwright, a computer specialist, ordered the first book from amazon.com in 1995. Do you remember amazon’s radio ads from that time? They were in an interview format, with the interviewee claiming amazon had enough books to fill an aircraft carrier and other huge spaces.But I digress.

According to The Atlantic online magazine, which has a photo of the book and the original packing slip, the book Wainwright ordered was Douglas Hofstadter’s Fluid Concepts And Creative Analogies: Computer Models Of The Fundamental Mechanisms Of Thought. A bit of light reading. But that first book illustrates that amazon has been so successful (the website sells my books so of course it is successful!) because it carries something for every interest.

“Romantic and suspenseful! A great mix!”

Get THE HIDDEN LIGHT OF MEXICO CITY on amazon.com today.