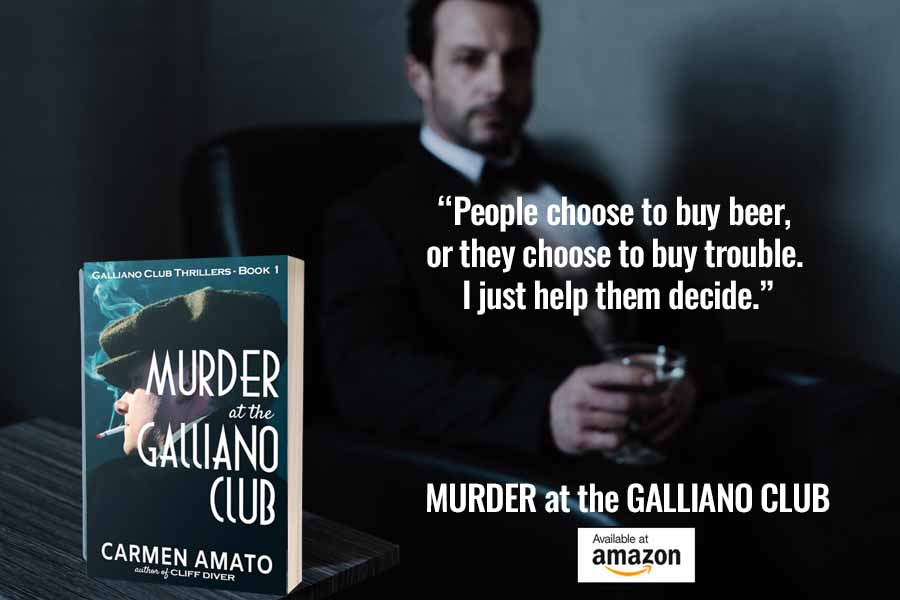 MURDER AT THE GALLIANO CLUB is now available in Kindle and paperback editions. The first novel in the Galliano Club thriller series debuted in the Number 2 spot on Amazon’s Italian Literature category. Thank you to so many early readers!

Join bootlegger Benny Rotolo and bartender Luca Lombardo as they battle for control of the Galliano Club, a hangout for Italian men in upstate New York in 1926. Beer is king and trouble is always on tap.

Are you a fan of The Godfather, Road to Perdition, The Untouchables, or Boardwalk Empire? If you love historical fiction featuring Prohibition-era stories of Chicago gangsters, Italian mobsters, and bold bootleggers, you’ll love MURDER AT THE GALLIANO CLUB, as well as ROAD TO THE GALLIANO CLUB, the prequel.

Many readers have asked why this pivot to historical thrillers after writing mysteries set in contemporary Mexico. The short answer is “pandemic.”

After writing so many books set in Mexico, including the award-winning Detective Emilia Cruz police series, the Galliano Club historical thriller series was a real switch for me. But in the midst of the pandemic, writing about cartels and corruption was emotionally tough.

Turning to family stories–my grandfather was a deputy sheriff during Prohibition–was both a challenge and a labor of love. My hometown of Rome, NY became Lido, NY. I incorporated many of my mother’s fading memories of growing up there. So much love went into this series, which you can read about here.

Prohibition was at its height, with beer cooked up in illegal breweries, speedboats hauling liquor from the Bahamas to the East Coast, and Prohibition Bureau agents playing both sides of the law. Richard Byrd and Floyd Bennett claimed to fly over the North Pole but Charles Lindbergh wouldn’t cross the Atlantic until the next year. The Yankees lost the World Series when Babe Ruth was tagged out trying to steal a base. And that’s just for starters.

The Galliano Club thriller series has it all. Expect authentic details, unforgettable characters, layers of deception, and relationships with heat. 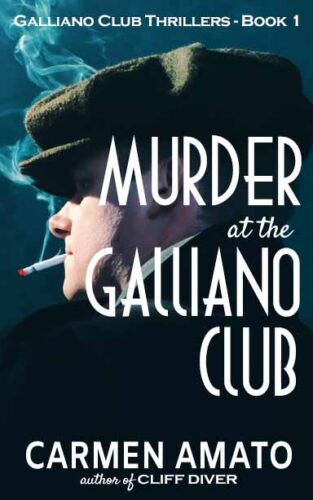