The Book Savor series grew out of my passion for great books, great friends, and conversations about books we love. Join in!

This week mystery author Jerold Last talks about the books he savors. 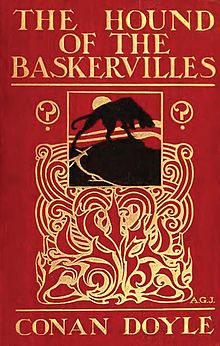 Jerold Last:  I don’t remember which of two it was, either Sherlock Holmes and “The Hound of the Baskervilles” or “The Guns of Shiloh” by Joseph A. Altsheler.  We were learning about the Civil War in 5th or 6th grade, which brought me to the Public Library and Altsheler’s highly readable series of young adult novels about the War Between the States.  One of my uncles gave me a copy of Doyle’s classic for a birthday gift at about the same time.  Of course I’d read all of the Nancy Drew novels and Hardy Boys books before this.  Given my lifelong love of mysteries, I’d like to believe my first adult novel was Sherlock Holmes.

JL:  That’s a tough choice to make.  Maybe a waterproof iPad and a WiFi connection is an allowable selection?  If I have to choose, then:  1. “The Novels of Dashiell Hammett”; 2. “Raymond Chandler’s Stories and Early Novels”; 3.  Ross MacDonald’s “Archer at Large”.  That’s several weeks worth of reading for me.  Hopefully, rescue is possible about then.

JL:  That would depend on whose house was being warmed.  If it were a mystery fan, I’d be inclined to give them copies of all seven of my published books (less than $14 at Amazon’s current retail prices).  If they preferred non-fiction, I’d probably select an interesting ethnic cookbook.  We have one on Mexican regional cooking that we’ve enjoyed for many years.

JL:  I think it would be Robert B. Parker, author of the Spenser series.  We’ll serve braised pheasant, shot by me, and found, pointed, and retrieved by Jolie, one of our dogs, from the freezer.  Side dishes include mashed potatoes with garlic, since there’s a lot of gravy, and salad (it’s California so there’s always fresh veggies).  Conversation would be about mystery writing, and whether Spenser’s and Susan’s German Shorthaired Pointer, Pearl The Wonder Dog, would have fit into our pack of three GSPs.  Jolie, the model for Juliet in “The Deadly Dog Show”, seems to have a similar temperament to Pearl’s, but is much better trained. Finally, I’d like his opinion of whether Roger makes a good, albeit much more educated, Spenser-type hero, and what he thinks of Bruce as an assistant hero in the mold of Hawk.

JL:  From Raymond Chandler’s essay “The Simple Art of Murder”, he describes the character of the private detective as follows:  “Down these mean streets a man must go who is not himself mean, who is neither tarnished nor afraid.  The detective in this kind of story must be such a man.  He is the hero; he is everything.  He must be a complete man and a common man and yet an unusual man.  He must be, to use a rather weathered phrase, a man of honor . . .  He must be the best man in his world and a good enough man for any world . . . If there were enough like him, the world would be a very safe place to live in, without becoming too dull to be worth living in.”

JL:  I’m a scientist, a Professor of Pulmonary and Critical Care Medicine at The University of California Medical School in Davis.  There are times I feel schizophrenic as I try to juggle my life as a scientist with my life as a mystery writer, like this morning’s interview with a local TV news reporter sharing my allegedly expert opinion of the health effects of inhaling the particles produced by the major wildfires currently burning here in California and throughout the western states.  I live with my wife of almost 40 years, Elaine, three generations of German Shorthaired Pointers, and currently the fourth generation of this canine family represented by eight grand-puppies born to Schone two nights ago.

More about this week’s guest: Jerold is the author of the Roger and Suzanne mysteries which I first discovered because several are set in Montevideo, Uruguay. The latest is The Deadly Dog Show (find it on amazon here), the fifth novel in a series, which also includes two shorter novellas, and the second series entry (after The Body in the Parking Structure) to take place in California rather than South America.  The settings and locales for the preceding South American mystery novels, The Empanada Affair, The Ambivalent Corpse, The Surreal Killer, and The Matador Murders are authentic; Jerry and Elaine lived previously in Salta, Argentina and Montevideo, Uruguay for several months each, and selected the most interesting locations for Roger and Suzanne mystery settings.  Jerry’s blog describing the background and birth of Jerry’s books; Jerry, Elaine, and the dogs’ lives; and all things mysterious can be found at http://rogerandsuzannemysteries.blogspot.com.