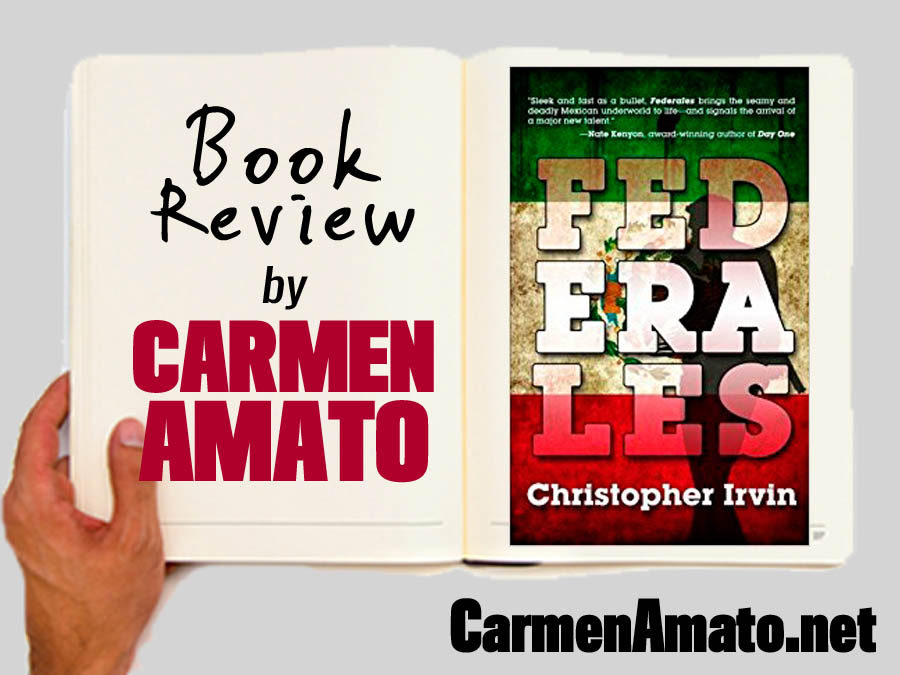 FEDERALES is a short novel by Christopher Irvin that packs a hefty punch, slugging the reader to the heart with a story about Mexican corruption, violence, but also redemption and hope. It falls into the same “narco noir” literary category as Guillermo Paxton’s CARTEL RISING and is as noteworthy. Although fiction, like CARTEL RISING, FEDERALES is based on real events in Mexico and reveals  harsh truths about law enforcement and the pervasive influence of the drug cartels with strong characters, well-honed descriptions, and atmospherics laden with authenticity.

In FEDERALES, Marcos is a Mexican cop at the national level, a federale. He’s a long-term survivor of the organization but when there’s a new boss–one with a well-deserved bad reputation–he knows his days with the organization are numbered. The message is delivered to him loud and clear that the new management is cleaning house in the form of a bullet left for him to discover. it’s a signal Marcos cannot afford to misinterpret. Marcos flees into boozy hiding, but a friend from his former life seeks him out with an offer to  protect a local female politician who has  been the victim of a near-fatal attack. She survived, but an electoral loss means that her official protection will soon be withdrawn.  Marcos sobers up and takes the job, but knows from the start that his chances of long term survival are slim at best.

Author Irvin paints a thoroughly riveting and believable picture of what it is like to be targeted in Mexico; the fear, the constraints, the paranoia and distrust.  His protectee, who has a young daughter, is determined to carry on her political agenda, which is nothing so radical as honest politics and security for the citizens she serves. Yet her outspoken efforts mean she is besieged by enemies on all sides; enemies who are fueled by drug money.  Marcos does not know whom he can trust, her supporters know that she is a marked woman, and those who will help are less than competent. Her message resonates with Marcos, and a connection builds that goes beyond politics yet stops short of a romantic relationship.

At the end of the book, I was sure I recognized the woman the author had in mind when he wrote FEDERALES, and I was right. In a moving afterword, Irvin writes about the death of Maria Santos Gorrostieta, who was kidnapped and murdered in November 2012.  Santos Gorrostieta, the former mayor of a small town in western mexico, had previously survived two assassination attempts as a result of her outspoken stance against drug cartel violence.  I had previously written a blog post about her, similarly aghast and angered by the toll Mexico’s drug war is taking on civil authorities and those who don’t want to see their country descend into corruption and chaos.

FEDERALES is a tribute to Santos Gorrostieta, but it is first and foremost a riveting piece of crime fiction. I’m very glad to say that Christopher Irvin is a fellow member of the Mexico Mystery Writers Cartel and I’m looking forward not only to his blog posts but to more of his fiction. 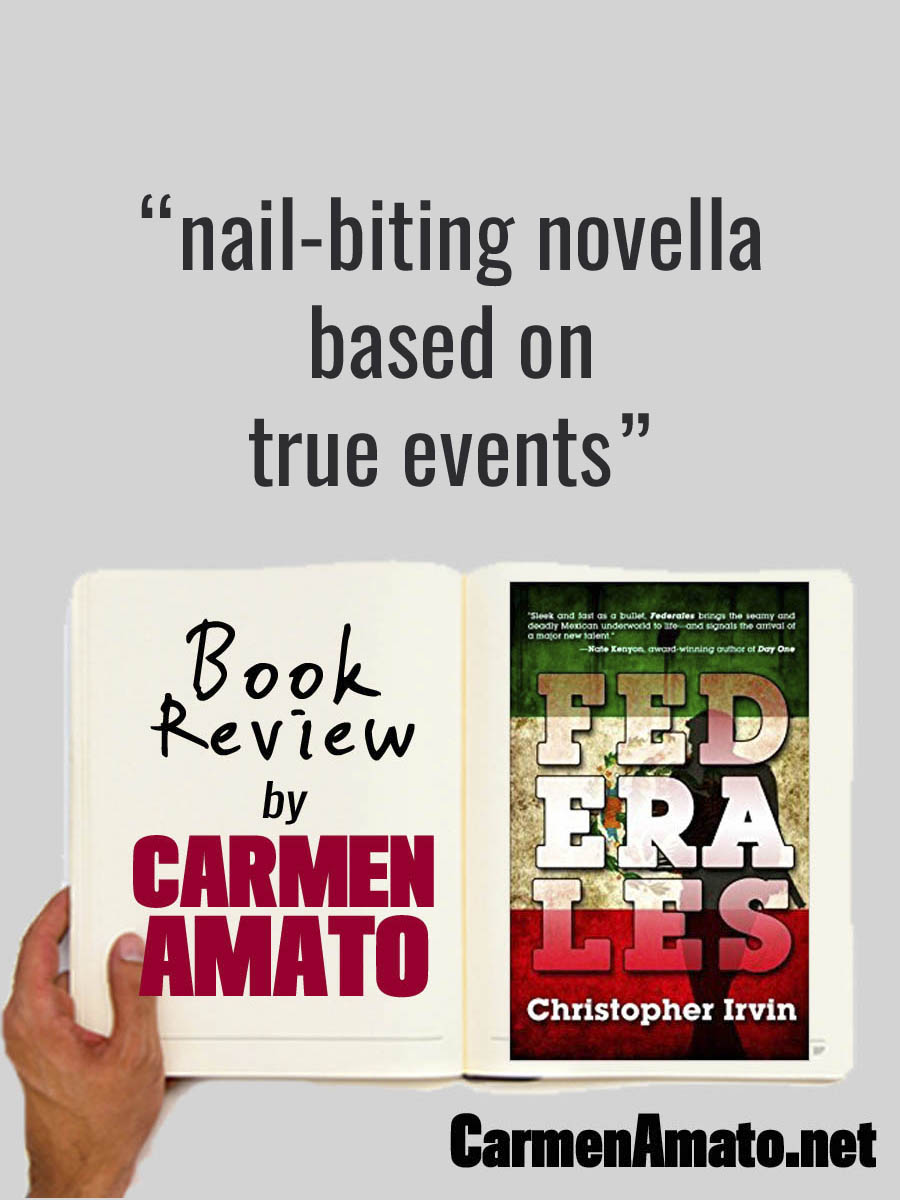 ← On the Occasion of My Second Anniversary as a Published Author Writing for Water: We Shot for the Moon in April →