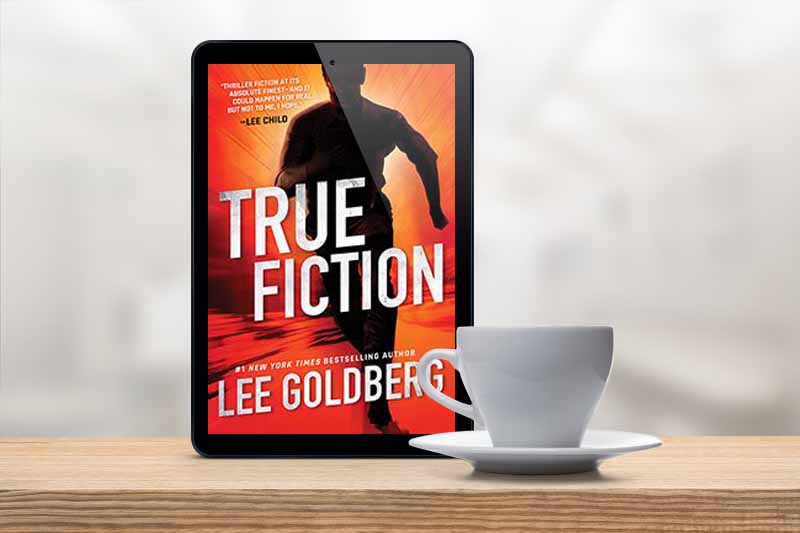 This outrageously campy thriller is pure escapism. Prepare to suspend disbelief, enjoy a zany premise, and get carried away.

Ian Ludlow, author of the he-man soldier of fortune Clint Straker thriller series, is a former TV writer from L.A. who is nothing like his heroic protagonist. But Ian is famous enough to be invited to a CIA-sponsored retreat with other action-adventure writers to dream up villainous scenarios so the Agency can prepare for the world’s emerging threats.

(Note: the CIA has lots of folks imaginative enough to write their own scenarios. See blog series above, thanks 🙂

Two years later, Ian is on a book tour in Seattle when the crazy scenario he developed for the CIA actually happens. Panicked, he reaches out to the other retreat writers, only to find out that they are all dead.

Suddenly, Ian’s recent rash of accidents don’t seem so random. When another attempt is made on his life, he goes on the run, dragging along a dog walker who works part-time for his publisher.

Ian doesn’t know the retreat wasn’t sponsored by the CIA but by a power-hungry corporation determined to use his scenario to take over US national security agencies. Ian is a loose end that needs to get tidied up.

Knowing that he’s being tracked, Ian needs help. Luckily the TV show he wrote starred the sort of help he needs. As the TV show comes into focus, it’s one of the funniest parts of the book.

Hollywood and the Vine. The tagline of the TV show is hysterical: Half man, half tree. All cop.

Sort of Starsky and Hutch meet The Ents.

Overall, the pace is slick, the writing is punchy, the situations are almost believable, and the campy fun never stops.

Although TRUE FICTION wraps neatly at the end, Ian’s saga continues. I can’t wait to grab the next book in this series.