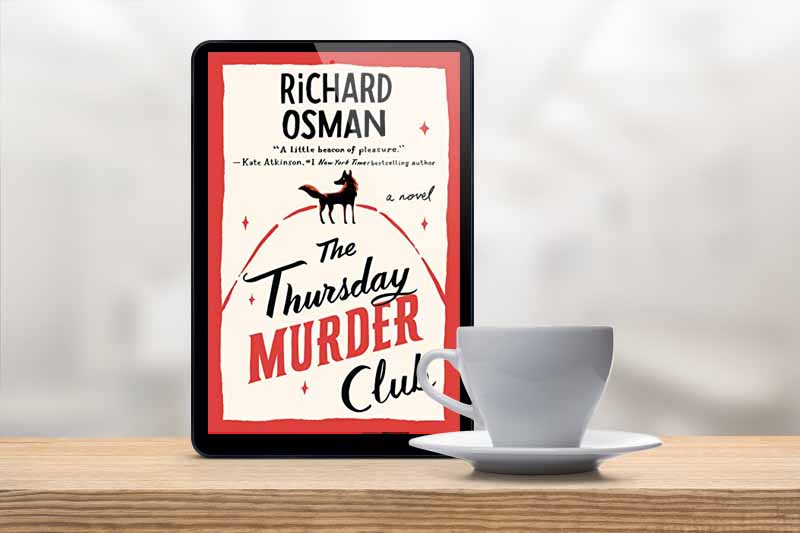 What happens when the residents of a bucolic senior living community in England get together to investigate a murder? For starters, one murder becomes . . . many.

I’d read so many positive reviews of this book that I was primed to love it. And I did.

A local developer wants to add on to the Coopers Chase Retirement Village, home to Elizabeth, Joyce, Ibrahim, and Ron. They are the nucleus of the Thursday Murder Club, which gets together to review cold case files. The files belong to Penny, a retired police officer who has suffered a stroke and is incapacitated. The club is kept afloat by Elizabeth, Penny’s best friend and a wily former intelligence officer with contacts everywhere.

When the property developer dies under mysterious circumstances, throwing his plans to destroy the adjacent cemetery into disarray, the club decides to solve his murder. Elizabeth is the prime mover and uses the skills of each of the members to brilliant effect. Along the way, they’ll solve several other crimes that drift across the book like errant red herrings.

The novelty of the book is not only the subject matter, but the format. Joyce’s first-person diary entries are interspersed with scenes written from other points of view. All the voices carefully pull each other along through the complex case as each goes on their own small “hero’s journey.”

The more we get to know them, the more we love shrewd and mysterious Elizabeth, Joyce the man-chaser, Ibrahim the methodical retired therapist and Ron, the still-famous union activist and his son, a prize fighter making the circuit of talent competitions for the formerly famous. Add to the mix the two police officers who end up helping the club, as well as each other.

These well-drawn characters are so relatable that by the end of the book you’re ready for a drive to Coopers Chase. Luckily, I hear there is going to be a sequel.