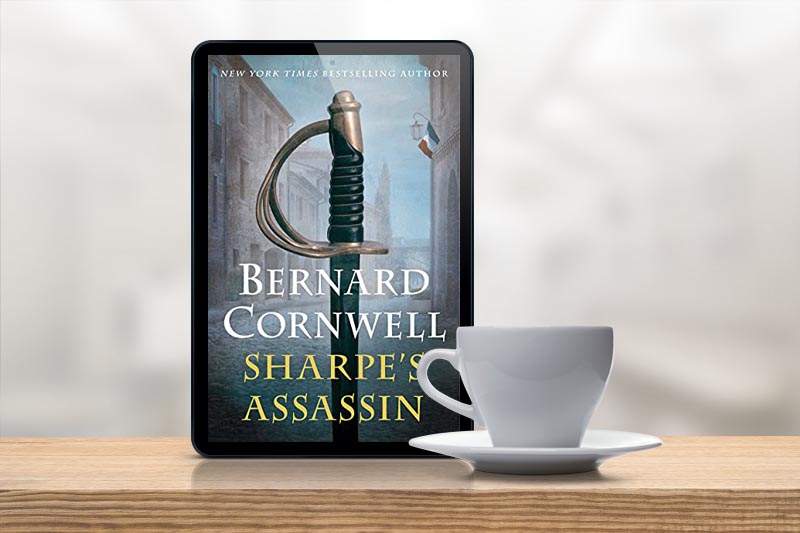 First off, let me confess that I’m such a fan of the Richard Sharpe historical thriller series that we own ALL of the Sharpe television episodes starring Sean Bean (on video) AND the Sharpe board game which is like Risk but cooler. 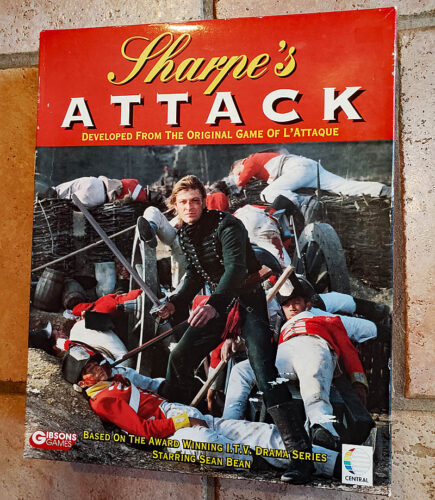 So I was thrilled that Bernard Cornwell published SHARPE’S ASSASSIN in 2021, which puts a final coda on the amazing career of his fictional British soldier. The first book, SHARPE’S EAGLE, came out in 1981 and introduced Richard Sharpe, a rifleman in His Majesty’s Army during the Napoleonic Wars who is promoted into the officer ranks for gallantry in battle. 25 books later, Sharpe is fighting Napoleon’s last gasp with the same fantastic period details, historical lessons, and memorable characters that have entertained (and educated) millions.

In SHARPE’S ASSASSIN, Napoleon has been defeated at Waterloo, but the wily ex-Emperor remains at large. Remnants of the French army fight on against a coalition of British and Prussian forces. Now a lieutenant colonel, Sharpe’s battalion was mauled during the fighting at Waterloo. Indeed, the story begins as Sharpe and ever-faithful sergeant Patrick Harper are burying long-time friend Dan Hagman.

Summoned to the headquarters of the Duke of Wellington, Sharpe is given an unorthodox new assignment.

He must capture a citadel in a town that has yet to surrender, in order to rescue an important prisoner held by the French. It’s a fool’s errand but the prisoner has information about a cohort of fanatical Frenchmen called la Fraternité determined to carry out assassinations and restore Napoleon to power. Wellington himself is in the groups’ crosshairs.

As in every Sharpe book, the action is breathtaking with great imagery, perfect pacing, and a sense of big things at stake. Sharpe doesn’t come through these skirmishes unscathed; we can almost smell the blood and choke on the dust, feel our arm weighted by the heavy sword and shudder from the recoil of the rifle as the leather-wrapped ball sings through the air.

What I loved about SHARPE’S ASSASSIN is the way Sharpe’s entire career is referenced, as well as his uncertain birth, which allows us to relive his major exploits and the battles he so narrowly survived. This goes back to when he was flogged–before being promoted to an officer–and the way in which Sharpe gets his revenge is supremely delicious.

His romances are there, too. (Let’s face it, Sharpe was hardly celibate as he marched from Portugal to Belgium.)

But what makes this final Sharpe adventure so outstanding is that Sharpe has finally met his match in a French officer whose reputation for fearlessness and victory in battle matches his own. It was the perfect way for the series to come full circle, only deepening my belief that Bernard Cornwell has no equal as a storyteller.