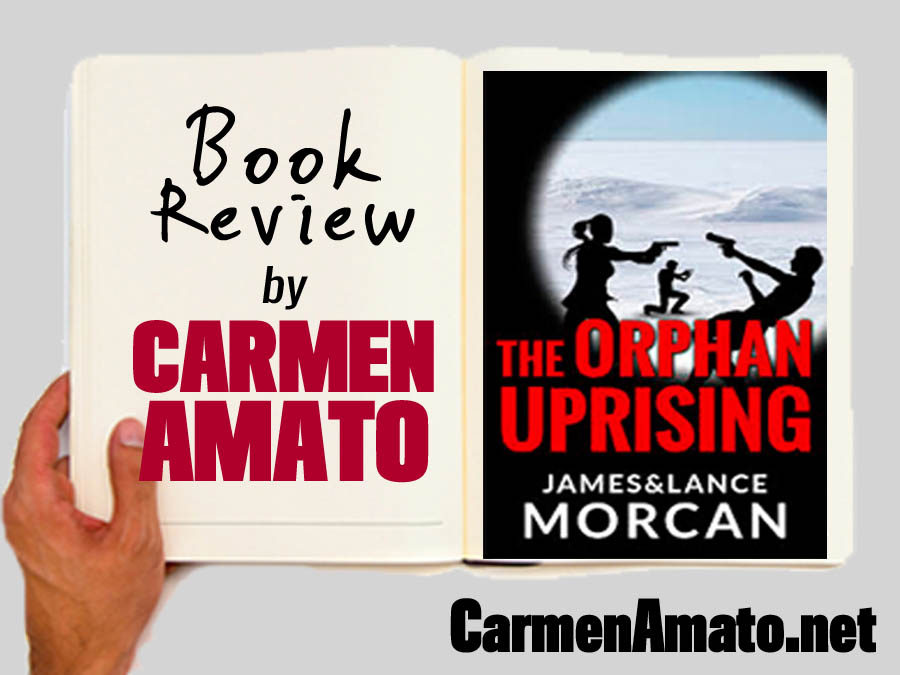 The Orphan Uprising is the riveting last book in the Orphan Trilogy by the father-and-son writing duo of Lance and James Morcan from New Zealand. I hear they are making a movie based on the books and if so, it ought to be a blockbuster.

The first two books, The Ninth Orphan and The Orphan Factory, lay the groundwork: the shadowy Omega group is bent on world-wide domination and through genetic testing has evolved a group of people with super mental and physical capabilities. They have been raised with numbers for names, based on their birth order, and raised in a secret orphanage where they learned to be uber-intelligence agents to help Omega get rid of enemies and solidify members in positions of global power and influence.

But Orphan Nine, the best yet not the most ruthless, wants out. And so the saga begins.

The books move like Hollywood action scripts, combining elements from The Boys from Brazil with YA action akin to Divergent. Part sci-fi, part political thriller, all of the books are great fun but Uprising is the best. Nine has successfully broken from Omega and lives with his son and pregnant wife in French Polynesia. But Omega has somehow learned of his offspring—who would be valuable from a genetic testing standpoint—and kidnaps him. Nine has a heart attack at the crucial moment. Barely recovered, he goes after the boy, into Omega controlled territory including a string of genetic testing laboratories. The trail leads Nine around the world in 80 breathless days of action, drama, and well described unique locations including Greenland and the Congo. It’s a page-turner right to the end and a hefty read to boot. The Morcans don’t skimp on the action, making this an excellent entertainment value.

As a mystery and thriller author, I look for plot twists and turns, engaging characters, and balanced construction that makes a book review a pleasure. The Orphan Uprising delivers on all counts. 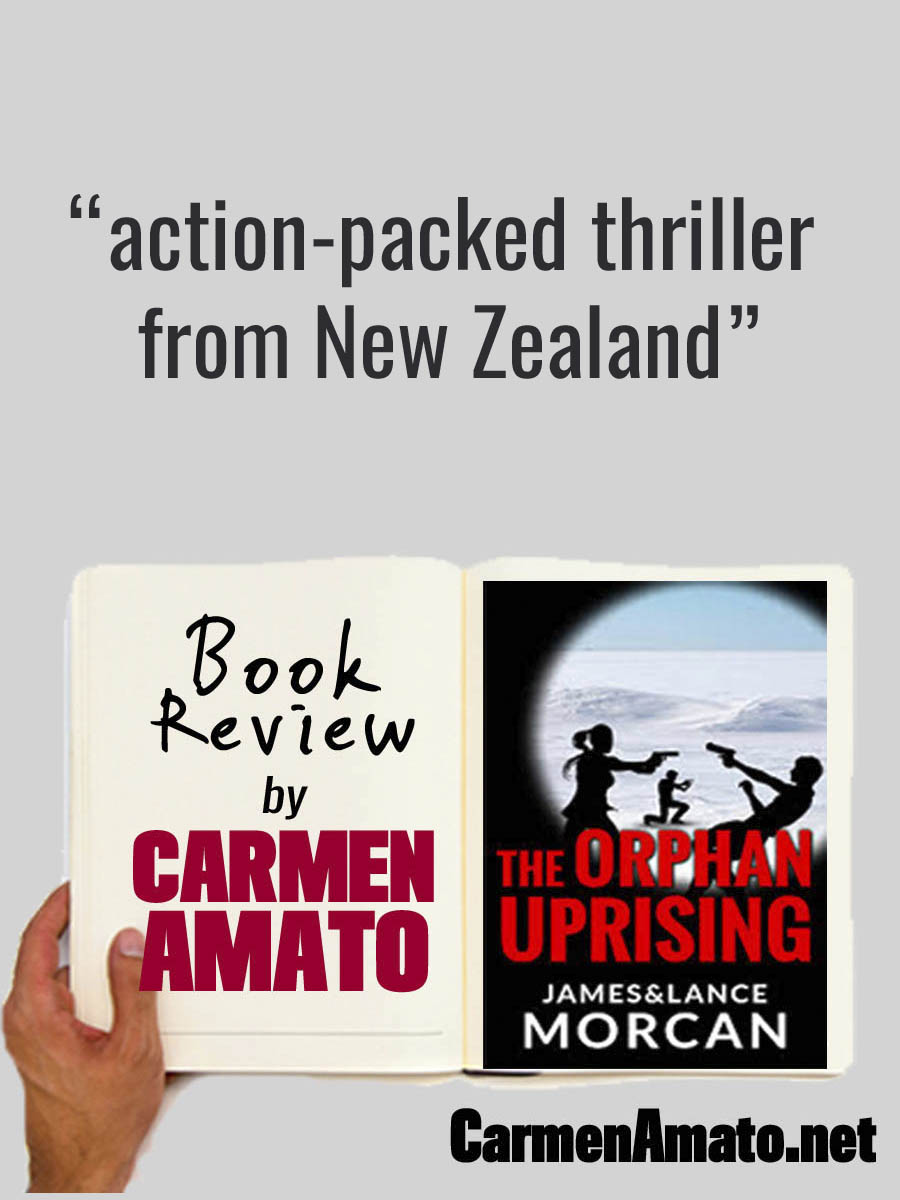 ← How to write a political thriller A Box, a Mystery Series, and Some Lacquer →