Book Review: A Death in the Family by Michael Stanley 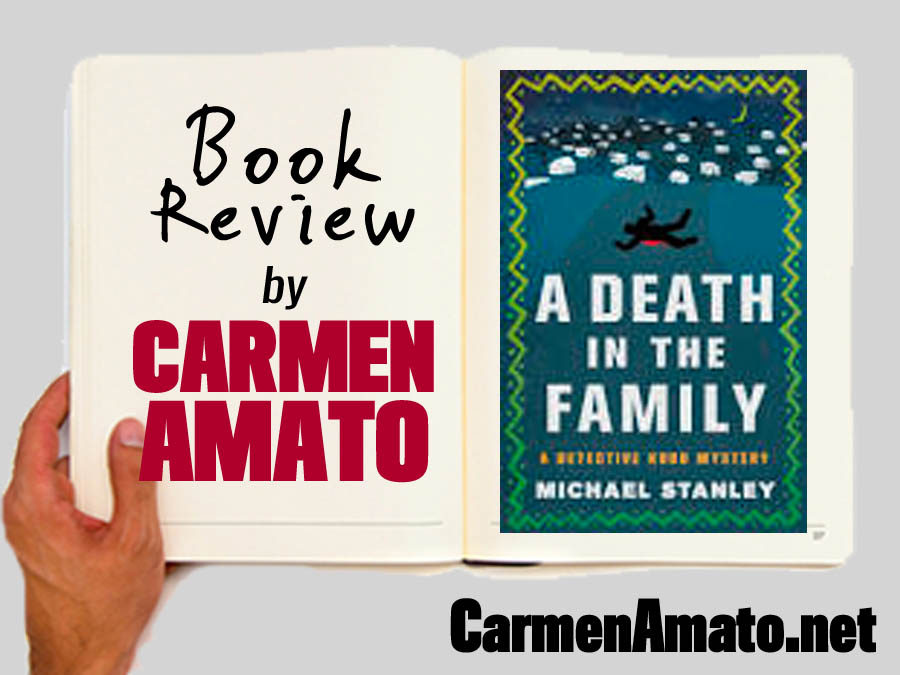 A DEATH IN THE FAMILY by Michael Stanley is a deeply authentic visit to Botswana, hosted by Detective David “Kubu” Bengu of the country’s Criminal Investigation Division. The novel stands alone but if you like international culture wrapped up in a mystery, I recommend all the books in the Detective Kubu mystery series.

Kubu, which means “hippo” in Setswana, Botswana’s native language, is an apt nickname. Alexander McCall Smith, author of the Number 1 Ladies Detective Agency series, perhaps the best known books set in Botswana, would describe Kubu as “traditionally built.” The book even opens with Kubu’s dream of eating an enormous meal.

The murder of Kubu’s father, a traditional healer suffering from Alzheimer’s, shocks everyone. Kubu is shut out of the investigation to keep from prejudicing any future prosecution and is assigned to look into the suicide of a government official dealing with mining licenses. Botswana is a top producer of diamonds and uranium.

With a little help from an American consultant, Kubu realizes that the suicide is really murder. Murky connections lead to a village debate over expansion of a Chinese-run uranium mine. The tribal chief has the final say over the expansion but doesn’t know his son has made a deal with the Chinese. The son gets the young unemployed of the village on his side by plying them with cheap Shake Shake beer in shabeens—the local bars.

The chief announces his decision not to allow the expansion at a town hall event, which erupts in violence. The chief, council members, and police are killed. Election of a new chief is supposed to rotate between five tribes, but the late chief’s son takes advantage of the turmoil to claim the throne and make good on his promise to the Chinese mine mangers.

Meanwhile, to get Kubu out of the way of the investigation into his father’s death, he is sent to New York for an Interpol conference. His trip perfectly captures wintry New York City through the eyes of someone who lives without snow, skyscrapers, crowds, or constant urban abundance. He didn’t want to go to the conference, but it gives him insights needed to break open the mining drama at home. Kubu may be a product of Botswana, a small country, but he knows how to find the wider context.

At times the narrative is a bit slow, Kubu is admonished too many times for sticking his nose into his father’s murder investigation, and I guessed the connection between Kubu’s father and the Chinese mine far earlier than he did. These nits are forgiven because I really admire how the novel, and the entire mystery series, demonstrates the critical issues facing Africa today: unemployment, corruption, violence against women, tension between traditional authority and the laws of the state, and China’s growing investment and influence at the local level. The issues are handed deftly and naturally; they are simply part of Kubu’s landscape.

As a reader, you are caught up in the tension between old and new as you feel the bewilderment of the chief as he attempts to navigate the modern world by relying on tribal customs. You march into the Chinese compound with Kubu, and realize that a fiefdom has been carved out to take and never to give.

A DEATH IN THE FAMILY starts as a murder mystery. But it ends as a snapshot of contemporary Africa that should be mandatory reading by anyone travelling to or studying the continent. Highly recommended. 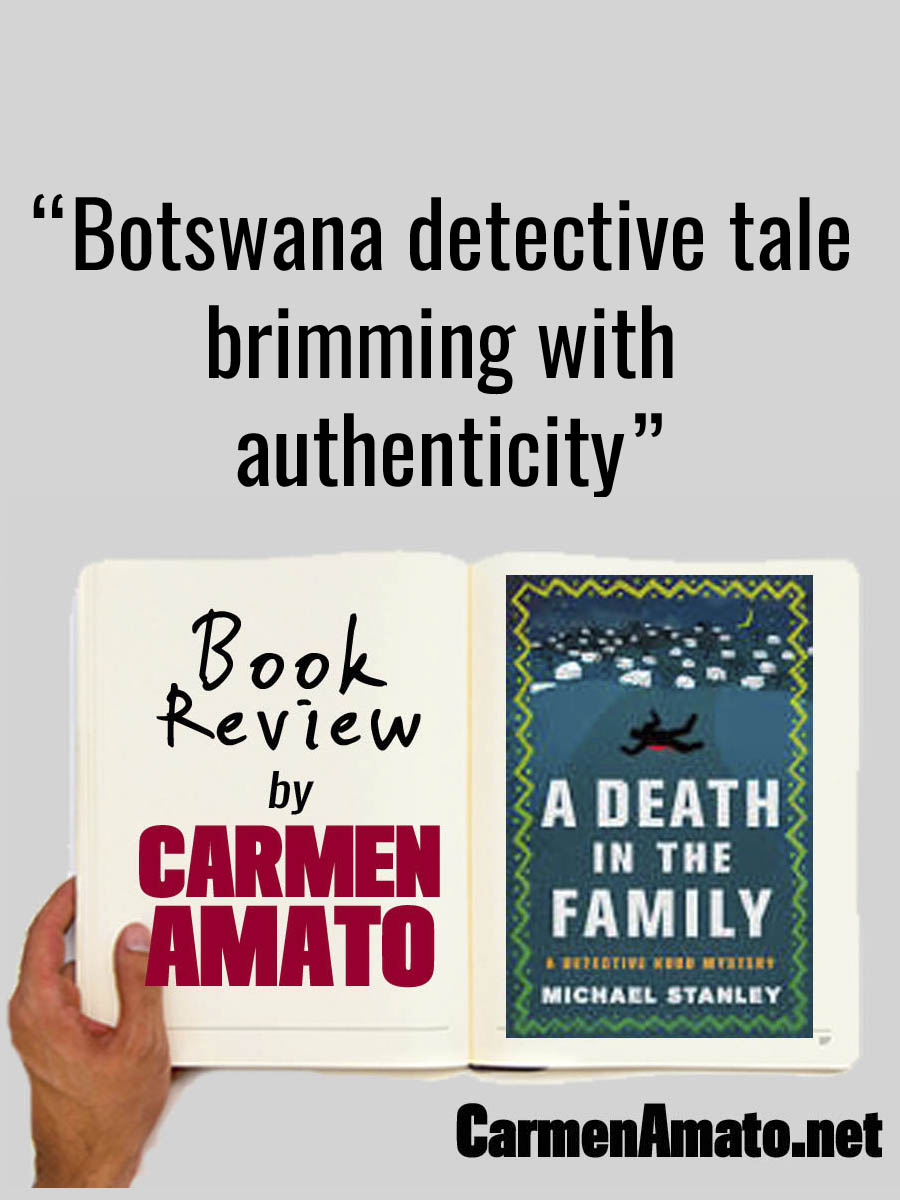