Carl Engel is hardly the typical hero of a mystery series but he’s the main character in BANGKOK RULES by Harlan Wolff. The mostly drunk Brit has been in Bangkok for 30 years, surviving as a fixer who plays both sides of every local intrigue. He is well known to both the long-term expatriates and the succession of Thai government and military officials who swing in and out of power. There is money to be made out of Thailand’s perpetual chaos and Carl has the bravura and connections to be that person. The income isn’t steady but he’s got a tab going in every bar and that’s what seems to matter for the crusty Brit.

He’s asked to find a man likely hiding out in Bangkok under an assumed name. The employer is a wealthy American who says the missing man is his brother. Carl takes the lucrative case, only to find that the target has become a Thai citizen with an assumed ethnic name. The employer is soon murdered and Carl must use all of his colorful contacts to figure out why. The case ties back to the Vietnam War and an elaborate drug smuggling ring. Meanwhile, a serial killer is rampaging through Bangkok and yes, the two cases tie together with a clever and exciting ending.

The plot was intricate and the descriptions wonderful. The reader can see Bangkok’s seedy dives, the cranky domestic help, the has-been expatriates secondary characters who live in Carl’s world. Some of the dialogue needed the word “said” sprinkled in, and Carl jumped to a few conclusions, but my biggest issue was with Carl’s drinking. He’s a well written character but yet another in a long line of literary alcoholic detectives.

The Amazon description says the book has been optioned for film. A great role for Kenneth Branagh now that he’s done playing Kurt Wallander. 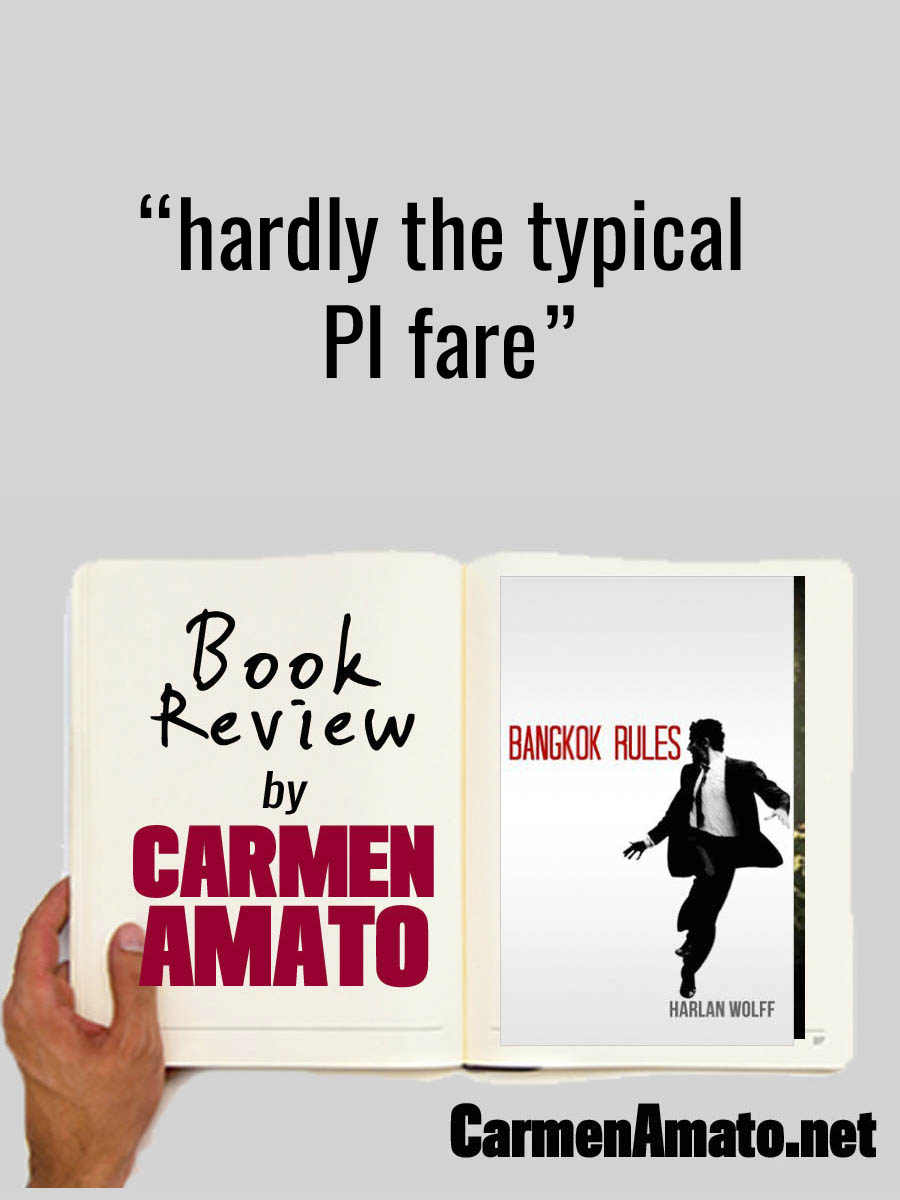