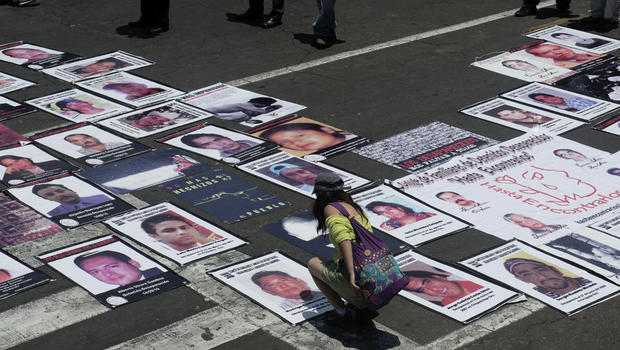 Over the last few weeks I’ve been following the news stories about the fate of 43 students who went missing in the Mexican state of Guerrero, in a small town not far from Acapulco, in late September. The students, from a rural teaching college, were mostly men in their 20’s who went to protest in the town of Iguala about the lack of funding for their school.

After the protest got rough, they were arrested by the police but reportedly handed over to a gang. Justice, Mexico style. They haven’t been seen or heard of since. 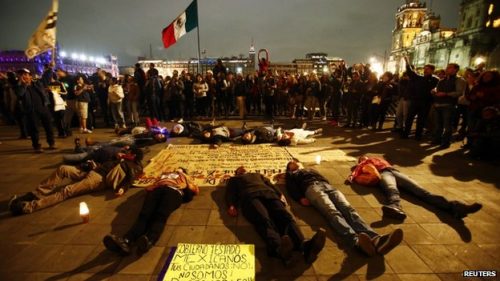 Demonstrations demanding answers have been held in Acapulco and Mexico City, with a spiraling anger that has led to numerous arrests.

The mayor, no less

Now the mayor of the town of Iguala and his wife have been arrested for ordering the execution of the students because the student demonstration disrupted a social event for the municipal royal couple. The mayor and his wife were found hiding out in Mexico City. The Iguala chief of police who is also charged, is still a fugitive.

Here is a comprehensive CNN report:

Remains of the day

Federal authorities searching for bodies of the missing 43 stumbled upon a number of mass graves in the hills around Acapulco but none were of the tudents. Did I read that correctly, you are saying to yourself; “Numerous mass graves???”

So if the dead in those graves aren’t the students, then who is buried there in these lonely, unmarked plots? And why should a culturally rich country, with world famous food and a spot on Monocle’s soft power annual survey, have mass unmarked graves dotting its countryside?

But the good news is that, according to the most recent CNN news reports, partial remains have been found that are likely to be the students. They were shot, then burned, then the remains dumped in a river.

This is hurting my heart.

The latest Emilia Cruz mystery has elements of this sort of entitlement, as does THE HIDDEN LIGHT OF MEXICO CITY, which I saw all too often when I lived in Mexico. It’s an attitude of Mexico style entitlement that says “I can wipe out those bothering fools because they aren’t real people.” It is a sense of respecting no one but yourself, of having lost touch with basic humanity and being consumed by one’s own ego.

Cartels and corruption have taken it to stratospheric levels in Mexico. I’m not sure I have ever experienced that type of attitude to such an extent anywhere else. 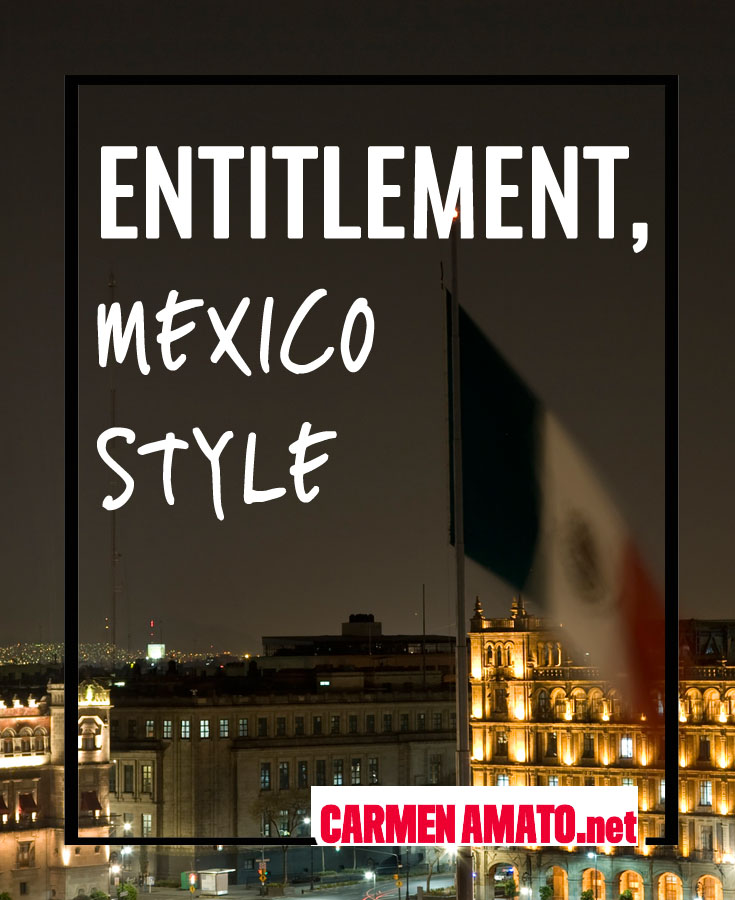