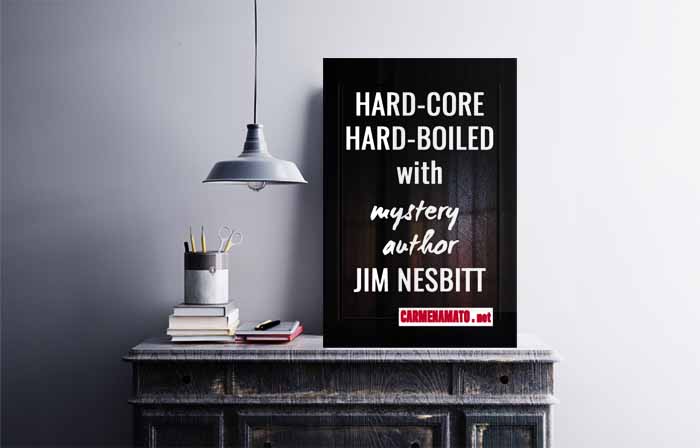 A warm welcome to Jim Nesbitt, author of the hard-core hard-boiled Ed Earl Burch private investigator series. Ed Earl Burch is a not-quite washed up Texas cop turned PI with a notch collection on his bedpost and bad knees. Ed’s world is crude and rude and he punches through it with a pack of Lucky Strikes and a glass of Kentucky bourbon. A brisk pace, sliding points of view, shades of gray crooks, and dialogue spit out of the corners of everybody’s mouth make this series a real gem for hardboiled genre fiction fans. 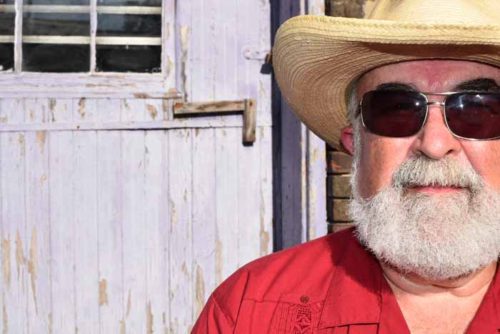 Jim books are collecting awards. THE SECOND LAST CHANCE was a finalist for the IPPY, Forewords INDIE and Killer Nashville Silver Falchion awards last year. It was also a Top Pick and finalist for Novel of The Year for Underground Book Reviews (UBR) and won a best hard-boiled mystery award from the Independent Crime Master Authors group. THE RIGHT WRONG NUMBER is a UBR Top Pick this year and is in the running for Novel of the Year for 2018.

1.Carmen Amato: Jim thanks so much for stopping by. Your Ed Earl Burch mysteries caught my eye because of the great tagline: “Nobody’s hero. Nobody’s fool.” Tell us about Ed Earl’s backstory and what makes him tick.

Jim Nesbitt: I think Ed Earl is a bit of an Everyman with whom folks can readily identify. He’s been smacked around by life and carries the guilt of a dead partner he couldn’t keep from getting killed, a couple of ex-wives and the loss of his gold shield, largely because of his own actions. Getting booted from the force in Dallas denies him the source of pride and recognition for the one thing he does best in life, tracking down bad guys and making them pay.

Burch is deeply flawed. Besides being angst-ridden, he drinks too much, he’s fatally attracted to women who leave him an emotional train wreck, and he’s a terminal smartass who never knows when to shut up. He’s also a guy with a code he sometimes forgets until the chips are down. He’s not super-smart like Sam Spade or Philip Marlowe and he sure isn’t super-cool like Steve McQueen in Bullitt. He’s got bad knees, a beard and balding pate, a belly and an empty bank account. He also comes across like he might not be the sharpest knife in the drawer. He’s Columbo without the caricature and people have a bad habit of underestimating him. He makes them pay for that — either with handcuffs or a bullet. Doesn’t matter to him — however they want to deal the play.

At his core, he’s smart, tough, profane and reckless and has been described as a classic American anti-hero. I’ll buy that.

2. CA: Where do you find inspiration for your often damaged and dangerous characters?

JN: My hillbilly cousins and all the journalists I helled around with for four decades. We’re a rude and intemperate lot. I also ran across a lot of colorful characters chasing politicians, crooks, cops, cowboys, loggers, miners and just plain folks while roving the country as a national correspondent out of Atlanta and Washington, D.C.

I’ve always had a good ear for dialogue and an eye for detail that lets me create a keen sense of place. The people I met along the way as a journalist gave me a helluva head start on creating the rogue’s gallery of characters you meet in my novels. So did those hillbilly cousins.

ou use setting to create and build suspense? Tell us about a favorite location that you used in a book.

JN:  I think it’s essential for a writer to create a keen sense of place and too many fail to do what you do so well in your Emilia Cruz series. I come from a long line of hillbilly storytellers who instilled in me the strong tie between family and the land we come from — both were steeped in the stories they told about my ancestors, my uncles and aunts, my cousins and my mom and dad when they were young and growing up in the North Carolina mountains. I tried to capture that as a journalist and it was natural that this would carry over to my novels.

I knew I was going to write very stark and violent tales of revenge and redemption. And none of the characters in my novels are nice people, not even Burch — they’re all fairly nasty and violent folk. I wasn’t born in Texas, but I lived there for a while and I spent a lot of time wandering the border between Texas and Mexico and flat fell in love with the harsh beauty of the desert mountains of the Big Bend Country that rise out of Mexico. The mountains there clash and collide in a way that makes it seems like the very bones of the earth are there for you to touch.

What better setting for the tales I was trying to tell? But I was gunning for more than just a backdrop — I think the interplay between people and the land where they live is endlessly fascinating. And I wanted to capture how a place shapes a people and how the land becomes a character unto itself in their story, inseparable from who they are. Texas — particularly the harsh and brooding beauty of West Texas — is more than a backdrop or framework for my novels. It’s a character that adds its own relentless element of foreboding and impending violence and is a big influence on the people in my novels and what they do.

JN: The late, great and vastly underappreciated James Crumley whose novels Dancing Bear and The Last Good Kiss taught me it was okay to let it rip with frank descriptions of sex and violence instead of euphemisms that I think insult the reader. And it was okay to drop f-bombs and other profane and earthy phrases. Both of his main characters, Milo Milodragovitch and C.W. ‘Sonny’ Sughrue, are deeply flawed PIs who drink and drug too much and chase the bad girls. Neither one toes the line or gives much of a damn about the law, but both have a code they might stray from but always return to in the end. His books also have raucously funny passages where the joke is often on the main character.

All that impressed me because those guys are vastly different from Sam Spade and Philip Marlowe, two guys who might bend the rules, but kept to their code and used brains rather than brawn and a gun. And the joke was never on Sam or Phil. Crumley gave me license to NOT lace Ed Earl up in the strait jacket of the hard-boiled detective template.

So, what’s for dinner? Deep whiskeys before and after the main course, which will probably be thick ribeyes served with mashed potatoes swimming in butter. Or maybe something more primal — backstrap venison or elk steaks. Since we’re both good ole’ boys, I imagine we’ll sit at the kitchen table with the bottle between us, smoking cigarettes and talking about family, the places that stole our hearts and the women who left us flattened like three-day-old roadkill.

I’d ask him about that interplay between people and the land, the sense of family and place we carry even in a rootless and highly mobile society like the one we live in. Did he deliberately set out to make the sense of place so strong in his novels that it became a character unto itself or did that naturally spill out because he was raised on the same type of stories I heard from my family? My bet is, he’ll say something like: “Hell, bud, I just rared back and let it rip.”

5. CA: What is your best protip? Tell us about a writing habit, technique, or philosophy that keeps your writing sharp.

JN: Well, you and I both know there’s no silver bullet to writing — you just keep your butt in the chair, open a vein and bleed into your computer. Yeah, I poached a Hemingway line there and tarted it up — so, sue me, Papa. What I can tell you is something I learned a long time ago as a cub reporter — facts are your friends and the more facts you have, the firmer the foundation you can build for your writing and the surer and more authoritative and authentic your story will be.

It seems counter-intuitive since we’re writing fiction, but the firm foundation of facts frees up your writing and really allows it to fly. The horrible cliché told to young writers is to write what you know. What you know is only the starting point — and a poor one at that.

Do some research — if your books are set in the late 1980s and early 1990s like mine are, you better gather up all the facts you can about that time. Were laptops and cellphone in use back then? Who was president or governor? What were the political scandals of the day? Was that building you put in Chapter 12 even there back then? You’re not writing sepia-toned history, but you want to get these facts right to give your story authenticity. If your characters carry guns, you better get that right. You’re not going to use all these facts in your story, but they’ll be there underneath your writing.

If you get those details wrong, you run the risk of undermining your story because believe me, somebody will catch it or Google it and call you out. Or just drop your book, walk away and never think of you again. Best of all, if you have the time and the money, go walk the ground of where your story takes place. Most of the scenes in my two novels are set in places I went to as a journalist and that proved invaluable to creating a strong sense of place.

Jim Nesbitt writes hard-boiled crime thrillers set in Texas and northern Mexico that featured a defrocked Dallas vice and homicide detective named Ed Earl Burch. Nesbitt is a former roving correspondent whose assignments included stories on both sides of the border and his novels — The Last Second Chance and The Right Wrong Number — are laced with the sights, sounds and people he encountered while wandering that rugged country. To learn more about Jim’s work, visit his website at https://jimnesbittbooks.com.

END_OF_DOCUMENT_TOKEN_TO_BE_REPLACED 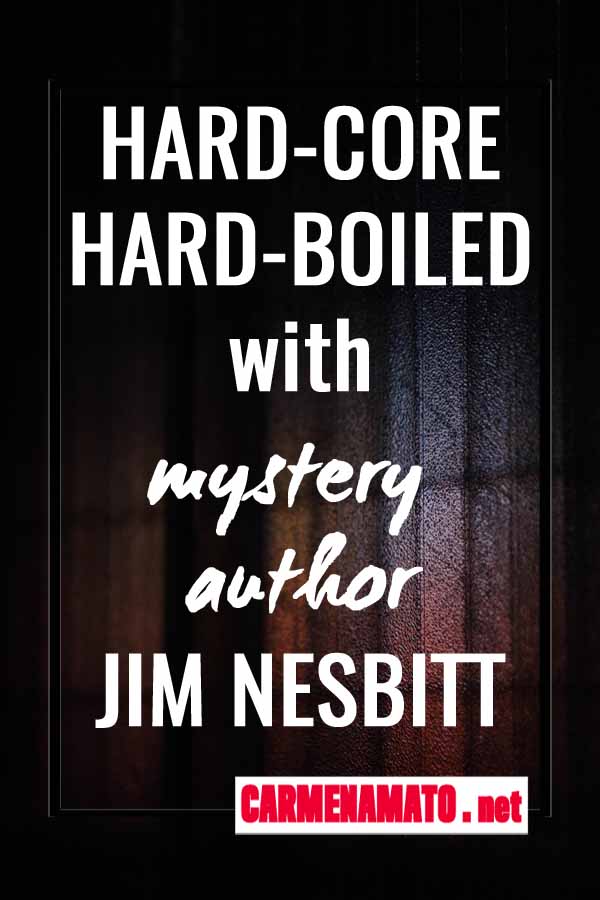