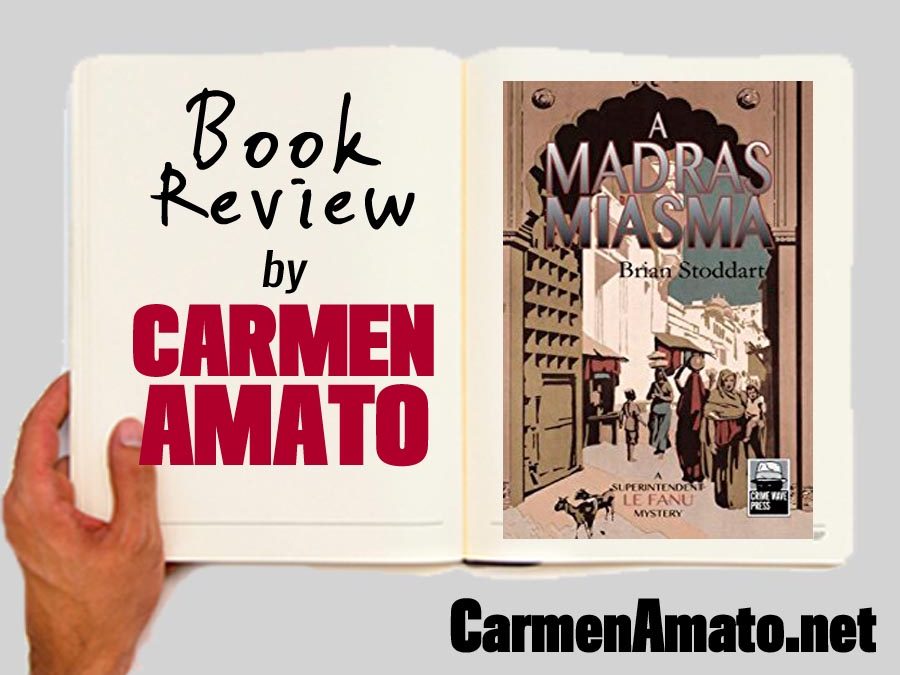 In A MADRAS MIASMA, New Zealand author Brian Stoddart takes us to India in 1920 with an extraordinary sense of place and time. India is on the brink of explosion and the murder mystery is another lit fuse on the powder keg.

British colonial authorities have created a culture unto themselves, with few ties back to the sceptered isle and unique social norms. Indian society is stratified and divided over continued loyalty to Britain. Discontent and political unrest simmers below the surface.

Enter Superintendent Christian Le Fanu, Indian Police Service in Madras (today’s Chennai), who stands on both sides of the deepening divide. He’s British, yet has no ties back to England where his soon-to-be-ex-wife has fled. A combat veteran of WWI, he now has an aversion to blood. A long-time resident of India, he’s part of the British ruling class but not in it. He doesn’t live in the British enclave part of town, his familiarity with Indian ways got booted him out of the golf club, he gives his Muslim Indian sergeant real responsibility, and he is secretly sleeping with his Anglo-Indian housekeeper. Roisin is smart and attractive but her mixed ethnicity makes her a pariah.

Le Fanu and Sergeant Habi investigate the murder of a young British woman whose body is dumped in a polluted canal. She’s identified as one of the “fishing fleet,” young women who come to India from Britain “fishing” for a husband. She and another woman made the rounds of parties where they met diplomats, military officers, and the upper crust of colonial society. The autopsy reveals that the woman had sex and took morphine before death.

The investigation proceeds as a series of interviews conducted with excruciating British politeness. In between, Le Fanu has to placate the higher-ups, including the impeccably drawn martinet Arthur Jepson, who habitually cracks his riding crop against his shoe. The secondary characters are historical figures, accounting for all the surnames starting with “W.”

Le Fanu’s murder investigation implicates senior British figures in Madras. At the same time, an Indian demonstration prompts British troops to fire into the crowd, killing many. The political fallout from the massacre shakes the entire British ruling structure in India, making Le Fanu’s own position precarious. He’s an appealing man in a sea of political operators, but his enemies know there are chinks in his armor and they are ready to exploit them.

MIASMA is a meticulously researched historical mystery. In many ways, it reminded me of Ken Follett’s THE KEY TO REBECCA set in WWII Egypt; the crowded, noisy and politically precarious setting, the rigidity and stuffiness of British colonial rule, a British officer who has sympathy toward the local population and rides a motorcycle.

No Nazi spies in 1920, of course. Stoddart stays authentic to the world he’s pulled us into, with villains whose moral codes have been replaced by a sense of abiding privilege. 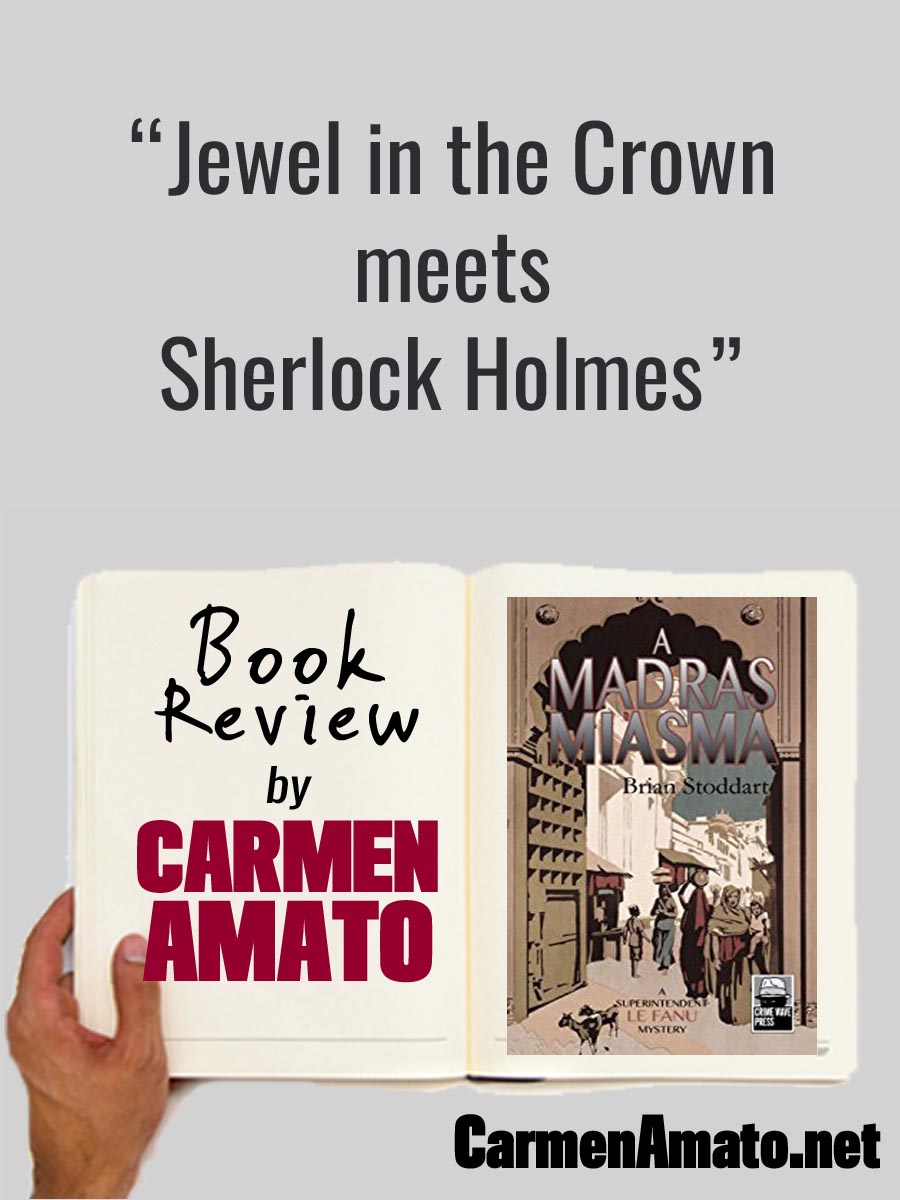