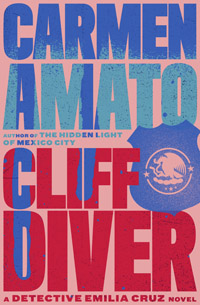 Emilia dives into an ocean of secrets, lies, and murder when she investigates the death of a dirty cop in the explosive start to the Detective Emilia Cruz police series.

Her own lieutenant is found dead aboard a boat adrift near an exclusive hotel’s marina. She’s appointed to lead the investigation, which quickly becomes a political game between Acapulco’s ambitious mayor, the wily head of the police union, and Emilia’s bitter co-workers.

And neither will you.

“Consistently exciting . . . A clever Mexican detective tale that will leave readers eager for the series’ next installment.” – Kirkus Reviews