Why Read a Book About Mexico Now

Reading about Mexico now is a mix of highs and lows. Fiction can’t substitute for facts but it can lead us to become interested enough in an issue to find out what is really going on.  That is the impact I hope The Hidden Light of Mexico City can have.

The classic Cinderella story moves to Mexico against a backdrop of government corruption, drug cartel violence, and pending presidential elections.  The Hidden Light of Mexico City’s raw exposé of Mexico’s rigid class society makes this political thriller a must-read before America’s next debate over immigration.

Why is this important

What’s happening today is Mexico is fairly staggering.  As reported by The New York Times, based on Mexican Government statistics released in January, over 47,000 people have been killed in the country’s crackdown against the cartels.  It’s common knowledge that many are dead as the result of competition between rival cartels. Other dead are those who were transiting cartel territory as they tried to immigrate and were pressed into service to the cartels and then killed.  Stories of the “disappeared” and mass graves remind me of news reports of Cambodia back in the day, of “The Killing Fields” movie.

The killing fields are spilling over onto America’s doorstep. Last September the New York Times published an interactive map showing Mexican drug cartel reach across the border and a map of US drug seizures from Mexican cartel shipments to the US.  Disturbing, hardhitting.

CNN’s  recent series is even more compelling. The reporting takes us from a walk through a cemetary in drug kingpin El Chapo’s home state of Sinaloa, to a cold hard look at the numbers, to the search for those missing amid the violence.

Mexico’s drug war isn’t just about the fight between the cartels and the military, about political will to stamp out evil or even about guns and agents moving across the US-Mexican border. More than anything, it is about a people and a culture under attack.

This is where fiction can help tell a vital story, by imagining the lives of those living through the struggle, making them breathe and love and cry and fight. Fiction can hold attention and provoke emotion in a way that the news might not.

The numbers of those missing or known dead in Mexico continues to rise. The re-arrest of El Chapo kept the various cartels at each others’ throats in the quest to dominate drug routes into the ever-voracious US, and violence continues in many parts of Mexico.

Whatever the US presidential election holds for us, the US-Mexico relationship is back on the agenda after having been eclipsed for quite some time by the Middle East. The southern border, immigration, and undocumented folks are likely to be addressed one way or another. If fiction can help focus attention on improving relations between these critical neighbors, so much the better.

END_OF_DOCUMENT_TOKEN_TO_BE_REPLACED 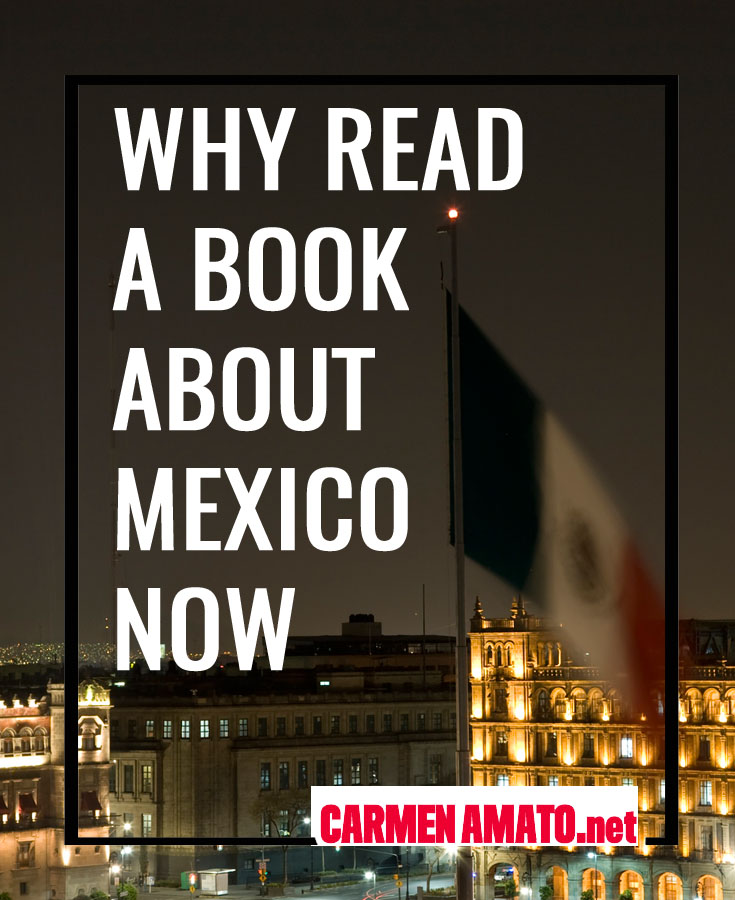