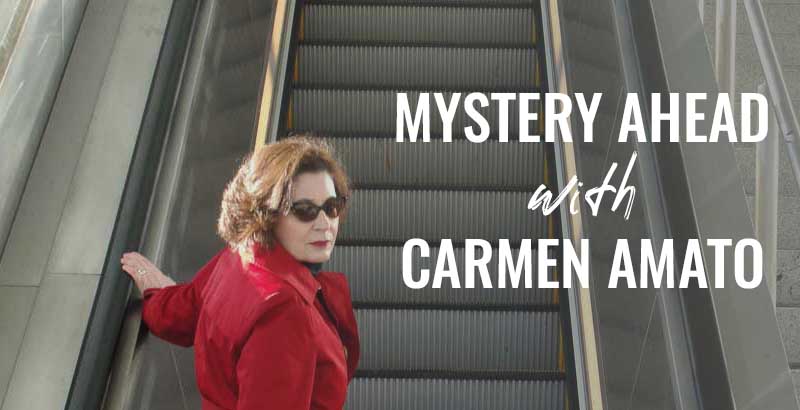 Even if you aren’t a writer, “The 5 Deadly Sins of Women Writers” is for you. Envy, Shiny Object Syndrome, and other distractions can derail us from achieving our best.

Published in BooksByWomen, I wrote this essay for all of us, with a little help from fellow authors Elizabeth Martina, Jane Rosenthal, D.V. Berkom, and Lynda L. Locke.

Mexico has had a difficult time lately, with high Covid rates, a slow vaccine rollout, and ever rising rates of violent crime. However, there has been recent progress against one of the country’s most notorious unsolved crimes: the September 2014 mass disappearance of 43 students in the state of Guerrero. (FYI, Acapulco, the setting for my Detective Emilia Cruz series, is the largest city in that state.)

Last month, Mexico’s Attorney General said three members of the Guerreros Unidos gang confessed to burning the students’ bodies. Authorities recovered evidence, including bones and teeth, in a remote river area. Remains were sent to the University of Innsbruck, Austria, for identification.

This shocking crime and the need for accountability inspired 43 MISSING, the sixth Detective Emilia Cruz mystery. It was certainly the hardest book I’ve ever written.

Acapulco Black Book is a Detective Emilia Cruz story. It is a “work-in-progress” exclusive to the Mystery Ahead newsletter.

Emilia took her coffee back to her desk to check her inbox before the morning meeting. She’d just clicked to open an email from Doctoro Antonio Prade, the coroner, when Silvio’s office door opened.

A man dressed in back stepped out, still talking over his shoulder to Silvio. Emilia nearly choked on a mouthful of hot brew when she recognized Victor Obregon Sosa, the head of the police union for the state of Guerrero. He was also the brother of Silvio’s late wife and had stymied Silvio’s career for years in an effort to break up his sister’s marriage. Isabel’s death had led to an uneasy true between the two men, but animosity always simmered just below the surface.

As Silvio’s partner before his promotion to lieutenant, Emilia had been on the receiving end of Obregon’s ruthless attention herself.

Handsome, powerful, and vindictive, Obregon used the police union as a weapon. He was a hawk, always circling above looking for prey. Every interaction with him was laced with tension and distrust. There was always a hidden agenda in his back pocket.

He made little distinction between his professional and personal appetites. Although never directly stated, Obregon made it clear that there was an offer on the table if Emilia cared to accept. Any time, any place.

It was ridiculous. Emilia was committed to Kurt. Yet the way Obregon brazenly raked his eyes over her could reduce Emilia to a handful of iron filings drawn to a magnet. The more she fought against it, the more sexual tension Obregon exuded. It was in every half-smile, lingering glance, and seemingly innocent question; an ember waiting to be fanned into a fire that would destroy her, body and soul.

Emilia slouched down, trying to hide behind the computer monitor. Hopefully, Obregon would walk through the squadroom and out the door without speaking to her. But it was not to be.

“Detective Cruz.” Obregon strode over to her desk, the line of his perfectly tailored black suit jacket wrinkling as he reached inside to pull out a pair of sunglasses. “Just who I needed to see.”

“I was just mentioning to Lieutenant Silvio that the union will be representing you to the inquiry panel.”

“Excuse me?” Emilia stood up, but kept her desk between them.

“The department is convening a board of inquiry into your actions in Colonia Alta Progreso earlier this week,” Obregon said.

“A board of inquiry?” Emilia tried not to show how surprised she was. The only thing notable about a shooting in Acapulco was that a cop had actually stopped one. That was hardly a reason to convene a board of inquiry.

Obregon tapped the sunglasses against a thumbnail and gave her the hungry look of a hawk spotting a mouse. “Without waiting for backup, a female officer discharged her weapon, resulting in the death of one civilian and critical wounding of another. Rather unusual circumstances.”

“The department can certainly hold an inquiry,” Emilia said. “But I stand by my report of the incident. They were attacking a residence. When I identified myself, they attacked me. I shot both in self-defense.”

“Yes, I’ve read your report. It left out how you knew where and when these two particular sicarios would mount an assault.”

For a second, the squadroom floor shifted under Emilia’s feet. Her police career, not to mention her life, could be in real jeopardy if the board decided that a rival gang had bribed Emilia to take down the sicarios.

“You’ll need to expand your report. What route you took and why. Traffic and such.” Obregon’s eyes lingered on Emilia’s cotton blouse before lazily meeting her stare. “While you’re doing that, remember who’s going to represent you to the board. I’m sure you want your best interests to be at the top of their agenda. Wouldn’t want your career hanging by a thread, now would we?” 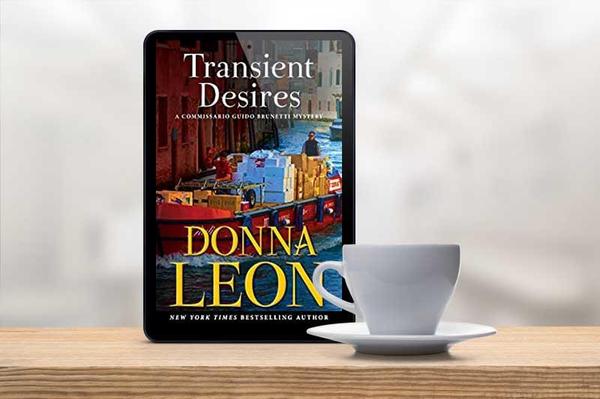 Commissario Guido Brunetti is back in the 30th book in Donna Leon’s legendary series set in Venice. Far from being formulaic, TRANSIENT DESIRES pits our familiar cast of characters against a seemingly unrelated series of tragic events.

Two American girls are left on the canal dock of the city hospital. One has severe injuries that suggest she was badly beaten. The hospital’s security camera allows the police to quickly identify the two men who dropped off the girls. Marcello Vio is a rising young attorney. His friend Filiberto Duso is a boatman for his uncle’s commercial transport company on the island of Guidecca, the huge island across the lagoon from the famous Piazza San Marco.

Guidecca is a world unto itself, and out of Brunetti’s jurisdiction.

The young men admit that they cruise around on Saturday nights, in a boat surreptitiously borrowed from Duso’s uncle, to pick up girls for some wine and swimming. Innocent fun, until the night in question when Duso hits an underwater pylon in the dark, injuring all on board. Knowing Duso would be in deep trouble for damaging the boat, the men bring the girls to the hospital’s dock. Before leaving, they ring the emergency button, not knowing that it is broken.

Two questions frame the initial investigation. Why did the men leave the girls so hastily and did they commit a crime by doing so?

Yet the real story lies elsewhere. Using his long list of both friends and police contacts, Brunetti ferrets out key complications. The size of the motors on the boats. Guidecca’s insularity. Tortured relationships.

In one of the best action scenes in the entire Brunetti series, the uncle’s human trafficking activities are pinpointed and interdicted. Brunetti has laid the groundwork but must rely on the Guardia Costiera to prowl the lagoon. The scene is exceptionally well done and lives up to the high bar Leon sets in every one of the books in this absorbing and authentic series. Bravo!