The Lure of the Open Notebook 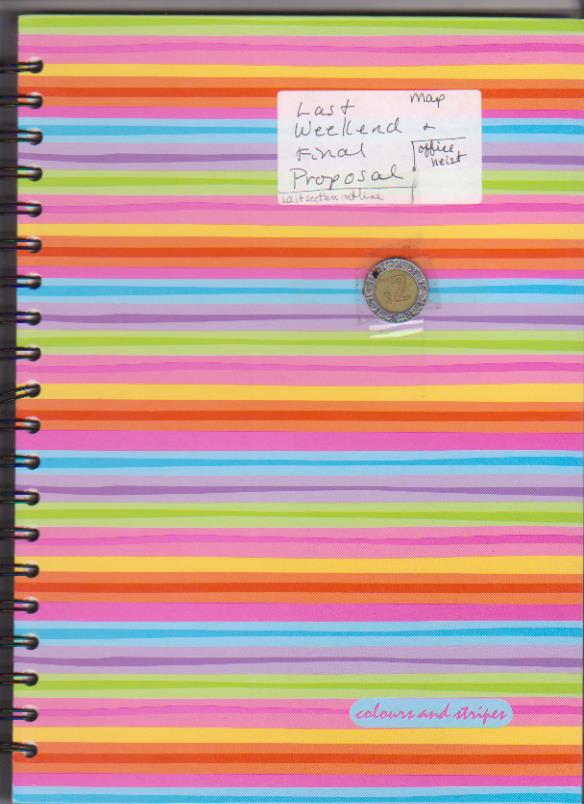 END_OF_DOCUMENT_TOKEN_TO_BE_REPLACED

Yesterday, as I was cleaning out my den (also known as the writer’s cave, Mom’s office, and a total mess) I found a COMPLETELY VIRGIN hardcover spiral notebook from Agatha Ruiz de la Prada. The rush of excitement was intense.

I love the notebooks from Agatha Ruiz de la Prada, a Spanish designer whose paper products I first found in Greece. The notebooks have bright colors and the pages have color coded edges. But the important thing is that both front and back are hard laminated cardboard, which makes it very easy to scribble notes.

But why was I so excited?

Because a blank Agatha is an open invitation to write another book. 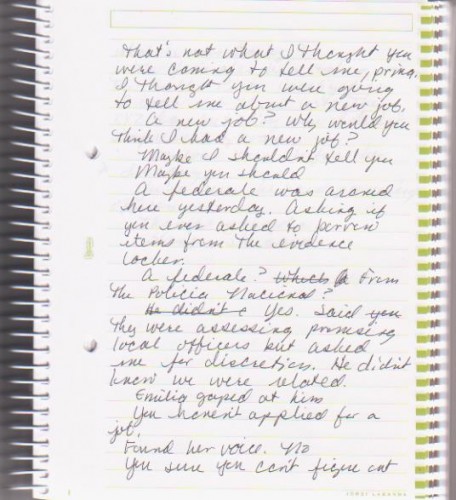 A scribbled scene from DIABLO NIGHTS between Emilia and her cousin Alvaro, since deleted from the final manuscript

The rush of ideas

I write many scenes, as well as my outline, longhand. At least one notebook is dedicated to every book. When I wrote THE HIDDEN LIGHT OF MEXICO CITY I used a dozen before the manuscript was completed, labeling them and taping peso coins to the covers for good luck. Don’t ask me why.

So I stood there, in the den/office/cave/mess clutching my Agatha, knowing that I suddenly had the tool needed to start the next book, even before DIABLO NIGHTS, the 3rd Emilia Cruz novel set in Acapulco, was out the door. When I finished DIABLO NIGHTS several weeks ago, I felt wrung out. To some extent it had been hard going.

The latest Emilia Cruz mystery deals with some heavy issues–religion and martyrdom, drug smuggling, Mexico’s vigilante problem, and being honest to your significant other. Emilia contends with the first 3 but suffers from the last. 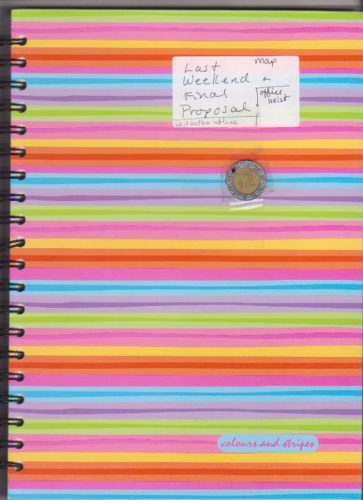 My reaction caught me by surprise. It said “I’m ready.”

Yes, the next book will be the 4th Emilia Cruz mystery. Several scenarios are already circling around, each biting at my imagination like a shark.

A few things need to happen before that new notebook gets used, however. DIABLO NIGHTS, the 3rd Emilia Cruz mystery novel, will be hitting the shelves soon–my subscribers will be the first to know the exact release date, so sign up if you haven’t yet.