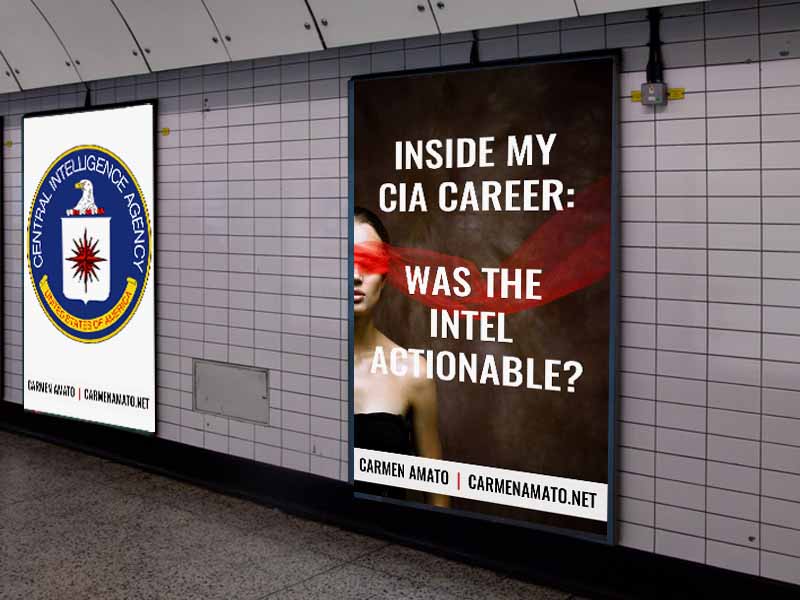 During my 30-year CIA career, it was always impressed upon me that we were stewards of the taxpayer’s money. With that in mind, there was effort to make sure the CIA and sister agencies got value for the money when it came to intelligence collection.

Several times during my Agency career, I spearheaded assessments to evaluate intelligence. Basically, this involved surveying customers in a systematic way to see if the information was useful.

Users of classified intelligence are found across the US government.The customer could be another CIA component, a US military command, the intelligence section of the US Treasury, the Department of Energy’s scientific laboratories, etc.

Related post: What I did in the CIA: Wordsmithing

One word that often comes up in these situations is “actionable.” In short, did the intelligence enable the customer to take action? We also asked what the customer would do if the information stream was reduced or even ended.

Every evaluation effort meant connecting with many conflicting agendas. The intel collector wants feedback to do a better job, the analyst wants more specific ways to answer intelligence questions from above, and the customer wants a crystal ball. 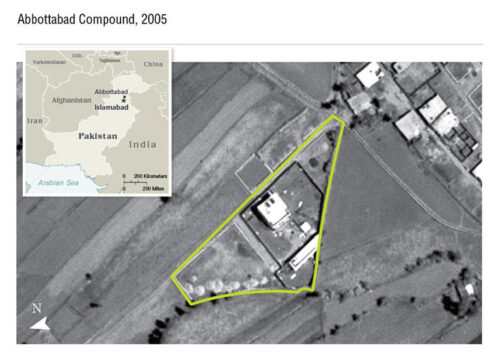 An example of “actionable” intelligence: overhead imagery of the Bin Laden compound in Pakistan, courtesy CIA.gov

Dealing with this mixing bowl of agendas created a transferable skill which I’ve adapted to being a mystery author. This means trying to make every character want something, which is key to building conflict between characters.

Do I draw on real-life experiences to write this type of conflict? You betcha.

Scenes in which competing desires rise to the surface are some of the more impactful things I have written. One of my favorite scenes is the conversation in THE HIDDEN LIGHT OF MEXICO CITY between anti-corruption crusader Eduardo “Eddo” Cortez Castillo and a drug kingpin calling himself El Toro:

Gomez Mazzo laughed, a shouted bark that rang in the cabin. “El Toro likes this man!” he exclaimed to his bodyguards. He leaned forward. “A mutual blackmail, no? We have each other by the short hairs, eh?”

“El Toro keeps the CD and Hugo’s, ah, operation, as you say, goes away.” Gomez Mazzo waved the rum cooler bottle in the air, his battered hand dwarfing it. “But you have a copy of the information and can take it to the media or the army or whoever you think will help if I don’t keep my part of the bargain. But if you make it public, we leak that you made a deal with the El Toro cartel.” He took a pull from the bottle, still smiling in triumph. “Romero’s pretty boy the dirtiest of them all. You would not survive prison.”

“That would appear to be the deal on the table,” Eddo said evenly.

Gomez Mazzo gestured at another bodyguard who took out a small laptop. Eddo handed over the CD. He could feel Tomás rigid next to him. Gomez Mazzo watched the screen intently. His jowly face hardened as he toggled through various files.

Eddo lost track of how long they sat in the cabin, the boat rocking gently as Gomez Mazzo combed through the data on the CD. Tomás was seasick for sure. His breathing was hoarse and his fingers dug into his thighs.

“We can come to an agreement, Señor Cortez,” Gomez Mazzo said at length. “El Toro may have lost a president but won an Attorney General.”

Eddo swallowed back a retort and took out copies of Luz’s sketches and a picture of Miguel. “These men aren’t part of the agreement,” he said. “If I find them, I will kill them.”

Gomez Mazzo looked at the Asian, whose only reaction was a barely perceptible lift of one shoulder.

“These are not El Toro’s men,” Gomez Mazzo said.

A smile flickered at the corner of Gomez Mazzo’s mouth. “She was a maid.”

Eddo met the other man’s eyes. “Nobody touches her.”

“Just so we understand each other,” Eddo said.

Did it make a difference?

But enough about me. Did these intel evaluations make a difference to national intelligence?

In one case, the evaluation was sponsored by the Director of National Intelligence and directly led to the creation of a new channel of actionable intelligence.

DNI logo and agencies that make up the US Intelligence Community

In another, CIA and NSA joined forces to shift resources and collect critical intelligence in the most cost effective manner.  My official resume says:

Although we didn’t know it at the time, the joint evaluation effort, coming shortly before the terrorist attacks on 9/11 and subsequent wars in Afghanistan and Iraq, meant that a significant stream of intelligence helped inform US military forces in the war zone.