The Amato family murder mystery starts on Spruce Street, in the immigrant tenements of Hartford, Connecticut.

On a hot night in July 1912, Guiseppe Amato shot three people, wounding one and killing two.

A barber with six children, Guiseppe had sold his barber shop to buy the gun and reportedly practiced shooting it in the basement of the noisy tenement building.

Guiseppe’s first victim was his neighbor Giovanni Tassone. The latter’s wife was also shot but recovered. The second murder victim was Guiseppe’s wife, Maria Carmella Amato, who died three days later.  Guiseppe used an automatic handgun, the first murder with such a weapon in Connecticut.  Despite a state-wide manhunt, he escaped and supposedly was never seen again.

The six Amato children were left orphaned. Teresa, Annuniata (aka Mary), Anna (Aka Marion, Marianne and Ann), Isadora (Dora), Julia and Giuseppe Jr (aka Jimmy) were farmed out to various friends and relatives after the death of their mother.

So who was Guiseppe Amato?

The descendants of Guiseppe Amato have more questions than answers about their infamous ancestor:

The current thinking is that the murder of Tassone was a mafia hit and Guiseppe took the money and ran.  Whether or not he meant to kill Maria Carmella, too, is unknown. Did he see it as an opportunity to rid himself of six children (and another on the way) and tenement life or did she get in the way in an attempt to save Tassone and his wife? 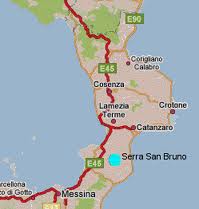 My grandmother was the child identified as Anna in some of the reports; she called herself Ann as an adult. She would have been 5 or 6 years old at the time of the shooting.  All the children were at home when it happened. She likely witnessed her father murdering her mother. When I was growing up she maintained that her parents had returned to Italy and both had been killed in a train accident.   But the explanation never made sense–why would two poor immigrants leave their 6 children to make an expensive and arduous journey back to Italy?

The people who took in the Amato children made little effort to keep them close. They each went their separate ways.  Occasionally Ann got a letter in Italian from the sister in Italy who lived near Reggio di Calabria on an olive farm but whom she’d never seen. I remember references to her sisters Theresa and Dora but not to the others.

The famiy did not know about the murder until after Ann’s death. The truth came to light when my sister started building the family tree and tried to get a copy of Maria Carmella’s death certificate but was eventually referred to the Hartford Police Department due to the death being ruled a homicide.  Historical research and questions on ancestry and Italian immigration chat forums have brought some answers but mostly more questions.

So the hunt for Guiseppe begins all over again. I hope we have better luck this time.