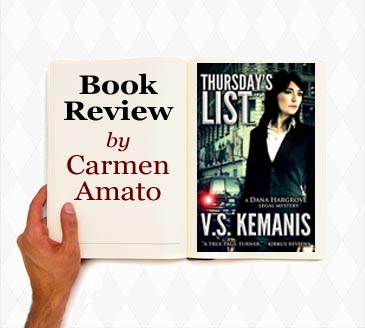 The Amazon.com description of legal thriller THURSDAY’S LIST doesn’t do justice to what is a revealing dive into the legal tangles involved in catching and convicting foreign money launderers in the US.

Set in 1988, with a pre-cell phone, pre-9/11 and pre-Patriot Act feel, it revolves around an investigation by New York City prosecutors into the flow of drug money by Colombia’s Cali cartel. The 80’s were the heyday of the Colombian drug cartels and the book shines brightest when describing money laundering activities and the agonizing work to find bank accounts, checks, couriers, and other links to the Colombian bad guys. Swept up in the churn is rookie attorney Dana Hargrove. Her best friend not only works in a bank being used by the cartels but is married to a bookish Colombian who thought he’d left his country’s drug mess behind him long ago.

The story starts with action and great atmospherics as Hargrove yawns her way through a shift as prosecutor at a dumpy NYC night court, complete with surly judge in a scene that put me in mind of a darker and more serious episode of the old TV sitcom Night Court. A bad smelling case, however, takes her out of the court rota and into a unit investigating financial crimes.

The financial crimes colleagues are neither forthcoming nor trustworthy and although still young and making mistakes, Hargrove is savvy enough to realize she’s being used. The suspense here isn’t the whodunit variety or a complex plot twist but turns on the question of how long the heroine and her best friend can survive being used by the system before the system catches the bad guys.

I was particularly struck by how THURSDAY’S LIST is the flip side of the fight against drug cartels that I wrote about in THE HIDDEN LIGHT OF MEXICO CITY. Hargrove is tracking the money trail on the US side of the border (albeit in 1988) and is subject to US laws and restrictions. In HIDDEN LIGHT, Mexican attorney Eddo Cortez Castillo uses whatever legal, military, and ultimately private means he can in today’s Mexico to investigate money laundering in an effort to get close enough to a drug cartel to take action. Both books describe the practice known as “layering” that cartels use to move and hide money.

Comparing the two descriptions gave me some sad but universal truths about fighting drug cartels and their violence. This book review isn’t about that but the similarities are striking.

FYI–THURSDAY’s LIST is a legal thriller that requires the reader’s full attention. The US legal intricacies of tracking money are complex and dominate the first half while the reader lives inside the heads of Hargrove and her friend for much of the second. An added complication is the book’s non-standard way of referring to characters that are variously called by their first names, last names, nicknames, or in some cases merely by job title. 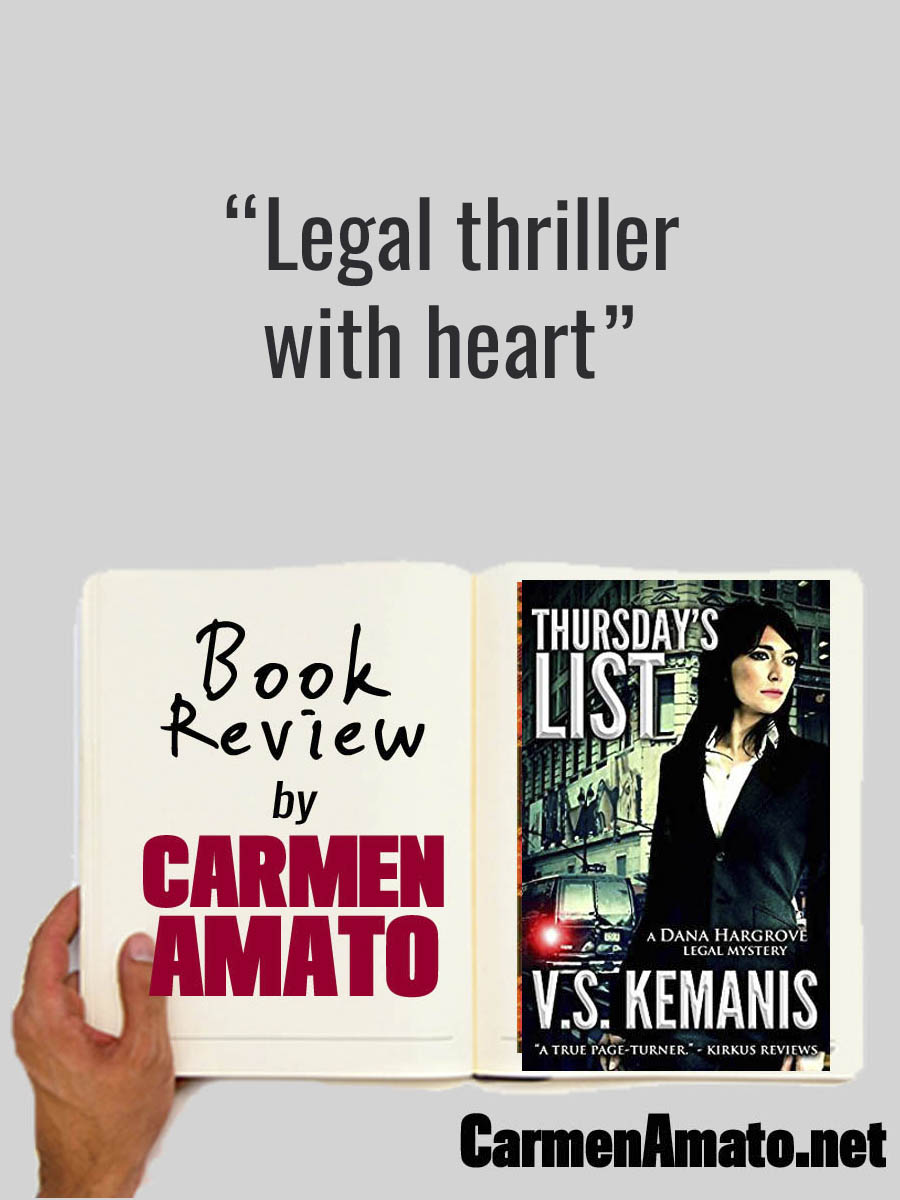 ← How to Power Up Your Creativity Solve Problems Like a Detective →