Book Review: Claws of the Cat by Susan Spann 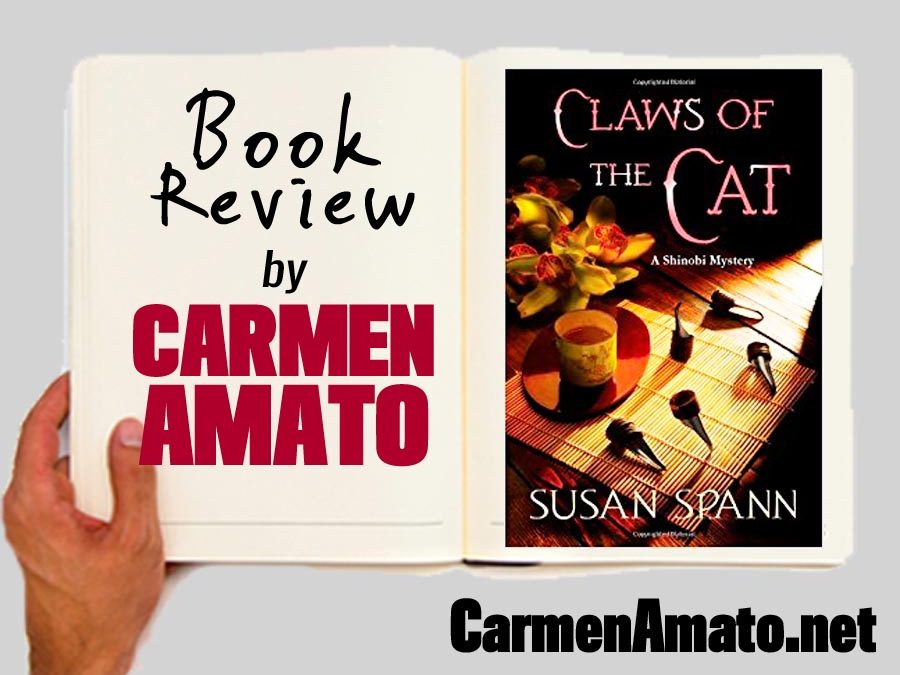 CLAWS OF THE CAT is one of those books you wish you’d written, but grudgingly know you’d never come up with the premise.

Author Susan Spann takes us to imperial Japan in 1565. The Jesuits, in the form of Portuguese priest Father Mateo, have a toehold in Kyoto, from which he has the approval of the regional shogun, or warlord, to conduct missionary work. A shinobi, a covert agent trained in stealth—read ninja—has been assigned to protect him.

Hiro Hattori, from the distant city of Iga, is the shinobi. Hiro’s point of view, and whispered backstory, guides us through this exciting journey. The cracks in feudal Japan are beginning to show, yet society is still delicately balanced with rules and norms.

A teahouse “entertainer” girl, Sayuri, who has converted to Christianity, is found with a dead client. Father Mateo comes to see what he can do for this member of his nascent flock. Although Sayuri was found with blood on her kimono, she insists she woke to find the client’s throat slashed and the room bloody. The dead man’s enraged son, a local policeman, is entitled by law to execute his father’s killer. He gives Father Mateo two days to prove the girl is not the killer and find the real one; if the priest cannot the son will kill both the girl and the priest.

Hiro is bound to by oath to protect the priest. In only 48 hours, he must find a brutal killer, a task made even more difficult by his lack of authority, the uncooperative attitude of the teahouse owner, and the societal conventions which rule conversations, even those about murder.

All of Hiro’s training and resources are put to use. He and Father Mateo, both engaging characters who have achieved understanding and friendship in the two years they have been thrown together, play off each other as they question those who might have something to do with the murder. Clues lead in all directions. Why did the teahouse owner secretly burns her ledgers? Why did the dead man’s daughter, a female samurai, inherit everything instead of her brother, as would be normal? Why did the dead man seek to become Sayuri’s “patron” at the teahouse, i.e. take her as his mistress, when his brother wanted to buy her contract from the teahouse and marry her? What did the dead man’s death have to do with a rice trader who visited the teahouse yet also sought to buy guns from a Portuguese trader?

The misleading clues mount up, yet Hiro leads us through the maze as only a ninja can. He knows that “a shinobi’s first and greatest defense is misdirection” and that it works both ways. Spann effortlessly brings us into Hiro’s world of both violence and grace where katana swords and ritual burial armor coexist with the intricate art of flower arranging. The details reflect rigorous research, down to the measure of a room based on the number of tatami mats and the cadence of the characters’ speech. You can almost smell the cherry blossoms.

The ending is terrific. Hiro is able to pick out the anomalies and solve the case. Justice is meted out, Japanese-style. Just enough of Hiro’s backstory is there, too, like breadcrumbs along the path, to entice the reader on to more of this absorbing, authentic, and superbly written series.